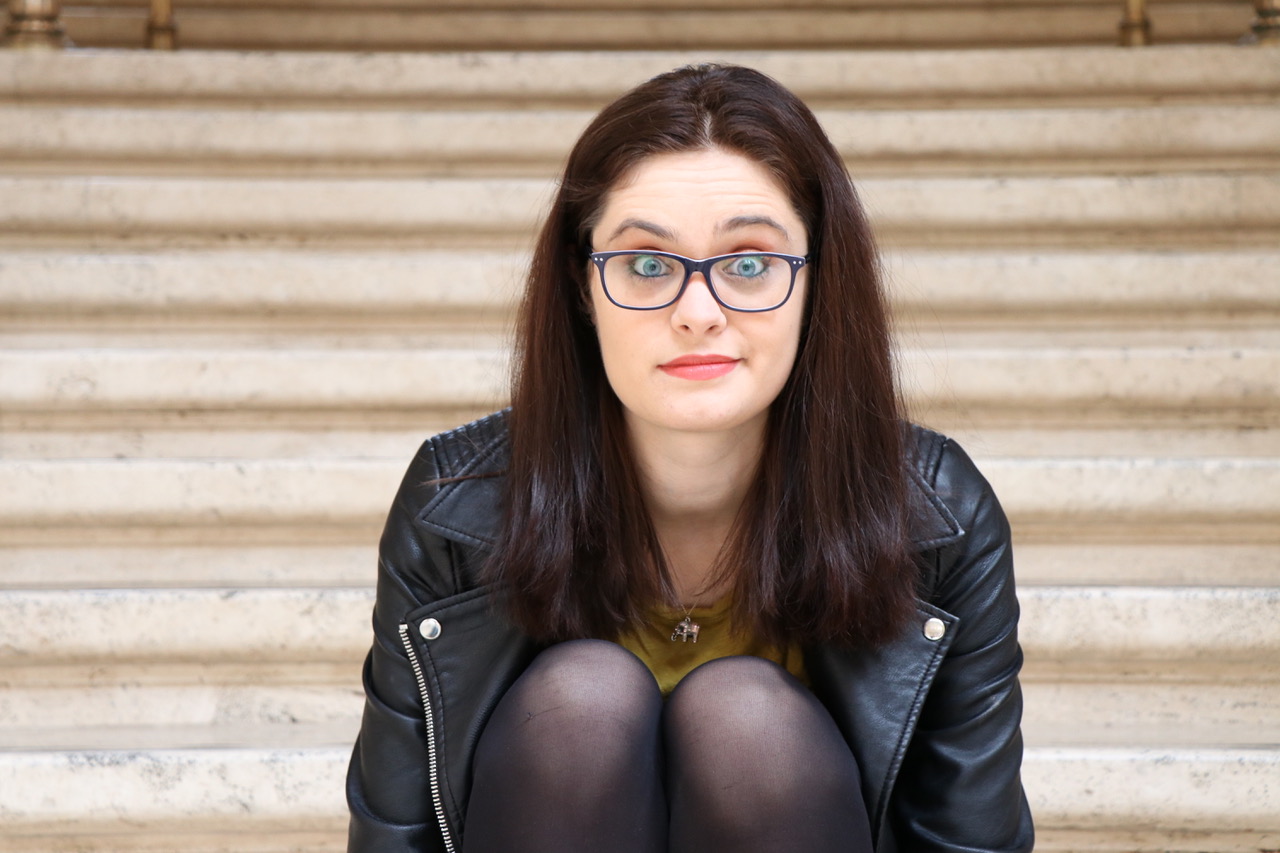 Award winning comedian Adele Cliff is getting ready to embark on her new tour. She hits the Liberté in Glasgow later this month as part of Glasgow’s International Comedy Festival. Adele chats to Source about breaking into comedy, finding inspiration, and all things ‘Sheep’.

I got into it at university really. I made loads of videos with friends and then got into stand up a bit later.

Can you tell us about your style of comedy?

Tell us a bit about your tour, what can we expect?

So, it’s called ‘Sheep’ and its basically about following the crowd, searching for popularity when you’re young and all the silly things we did then, or even now to be honest! Expect lots of anecdotes and one liners. I’m really looking forward to it. It’s also cheap, so perfect for students, so please come along!

You’ve recently returned from the US, what were you doing out there?

Yes, I was out there for about three months, it was amazing. I did loads of training at Second City Training Centre in Chicago. People like Tina Fey and Amy Poehler trained there so I thought it was very cool. I also got to do lot of gigging, and it was interesting to see what worked over there as opposed to the UK. If something had a specific reference to home, I had to change it otherwise they just wouldn’t have got it. I think they were more concerned with my accent. It’s a cliché, but seriously, I’d come off stage and they’d be like ‘your accent!’ and I’d be like ‘yeah, but what about my jokes?’

Where do you get your inspiration?

Usually just everyday experience. I always carry a notebook so if I ever think of something I write it down. Sometimes I have a theme and think right I have to think of five jokes on this subject, so it varies depending on what I’m working on.

Do you save all your jokes for the stage, use them every day?

I save all my best jokes for stage, but I have to throw some at my friends and family, they’re usually rubbish and they’re probably sick of me by now, but they have to be tested out on someone.

Do you ever fear that a joke won’t be funny?

Comedy is subjective so obviously not everyone finds everything funny. There was this one gig I did in Watford where not one person laughed through the whole thing, they smiled, but no one laughed. Safe to say it only lasted 10 minutes.

How do you keep your act fresh?

What do you think your future holds?

What a philosophical question! Hmm, this year I’m just focusing on writing more material and seeing how it’s received at gigs- hopefully it goes down well! As for after that, who knows, I think a lot of it is out of my control.

Do you think comedy is becoming more inclusive?

Yes, but slowly. I’ve definitely noticed a difference since I started out in comedy, there are a lot more opportunities for minority groups. I’d say overall there are more women on the circuit, but maybe I just notice that because we’re friends. There are still some places though that you feel less welcomed as a woman. Give it another 20 years or so.

What would be your advice for young comedians?

Always carry a notebook. If an idea comes to you in your sleep and you think you’ll remember it, trust me you won’t, write it down! And just get do as many gigs as you can, it’s all about practice.

Have you ever been to Glasgow before? What are you most looking forward to about it?

I came last year to do a gig, but didn’t really look around, I spent my time in the cinema which wasn’t very exciting. I’m only there for a day again this time, but will try to get there early to explore. The crowd last time was really great, so I’m looking forward to that.

Will we see you back at the Fringe this year?

Yes, I’ll be back this year, it’s always a great event, expensive but great. I’ll be there for the full run.

And Finally, what’s the one joke in the world you wish you’d come up with yourself?

Ooh, there are so many! There’s a Milton Jones one that I always think is just so clever which is, ‘Anyone want to buy a broken barometer? No pressure.’ There are just so many that I hear and wished I’d written first!

Adele plays the Liberté on 24 March at 7.15pm as part of the Glasgow Comedy Festival.Tickets are £5/£4 buy here