Last night (25 November) our favourite Geordie took to the stage at the o2 Academy in Glasgow with good tunes, epic saxophone solos and an unforgettable cover of one of his biggest inspirations.

When we caught up with Sam Fender for the Winter 2019 issue of Source he promised us that his shows were worth it because the music was actually live with good vibes and no backing track. Staying true to his word, Sam rocked one of Glasgow’s most well-known venues leaving fans buzzing for his return to the city in 2020.

We’ve been counting down the days to Sam Fender’s Glasgow gig since he announced his tour in May 2019 and his debut album, Hypersonic Missiles, hit streaming services.

Opening the show with his latest hit, Will We Talk?, the crowd went wild, clear the gig was going to be one of his best yet.

Throughout the night Sam treated the crowd to all the hits including Dead Boys, That Sound and Spice, along with some of his biggest singles and the title track from his album, Hypersonic Missiles.

Not taking all the credit, Sam took time to thank his band for putting on a great show, paying homage to his saxophone player who was taking the tracks to a new level. 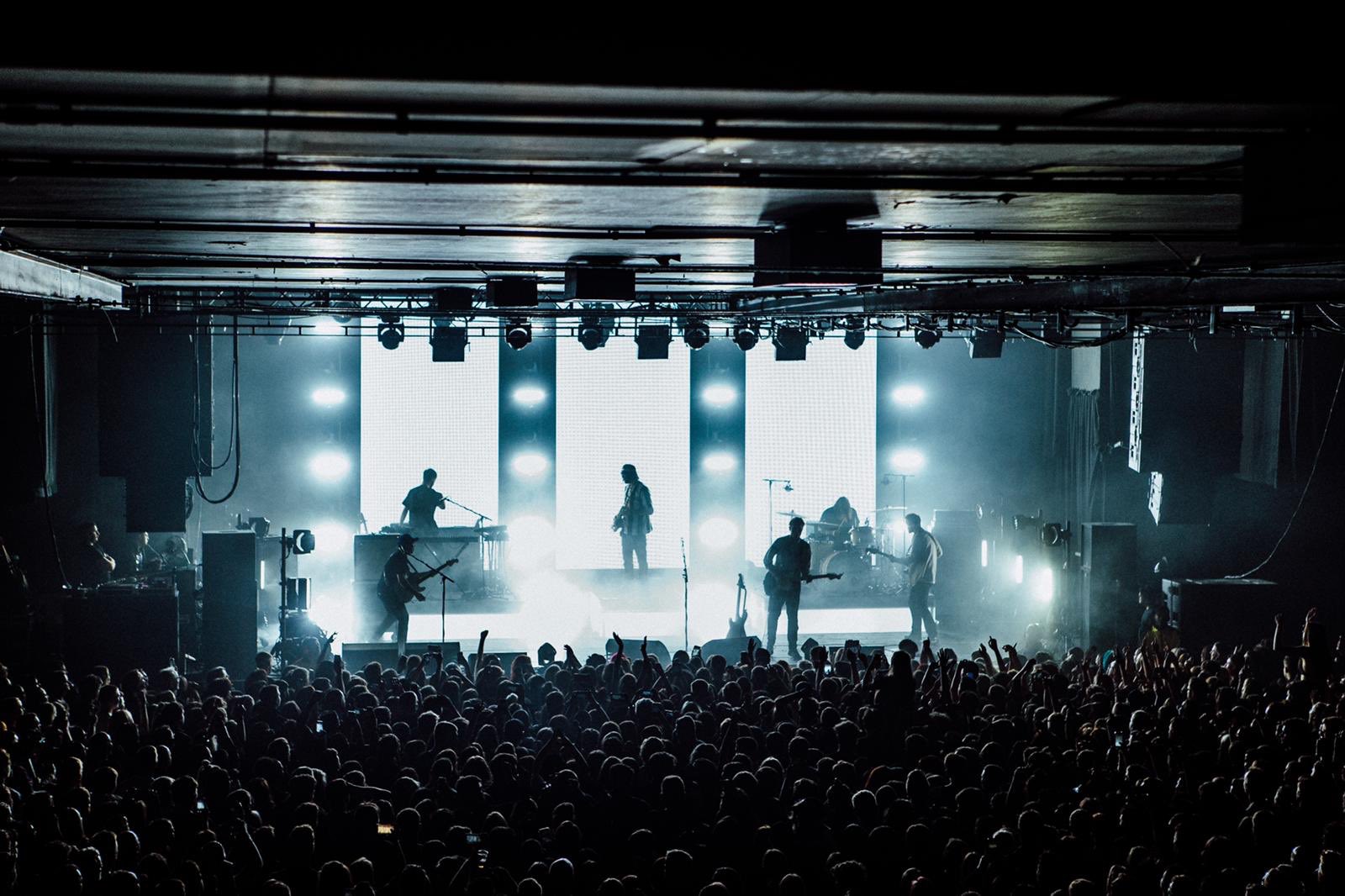 Between songs Sam took a minute to reflect on the similarities between our very own Glasgow and his hometown of Newcastle. Crediting the crowd and the cities’ people, he decided that the two cities were pretty much the same. Before starting the next song he also begged the crowd to take Newcastle with them if Scotland goes independent anytime soon.

We’ll host the welcome party if you fancy moving, Sam.

Dancing in the dark

It wouldn’t be a Sam Fender show without a tribute to some of his biggest musical influences. From Johnny Marr to Sting he has plenty to draw inspiration from, plus they’re all fans of the 25-year-old, but last night he chose to play a tune from the legend himself, Bruce Springsteen.

After announcing that the next tune would be the last of the night, Sam and his band played their rendition of Springsteen’s Dancing in the Dark. Pretty fitting since we’ve been dancing to Sam’s tunes constantly and it’s already dark out at 3pm.

Sam Fender will return to Glasgow during March 2020 to continue the European leg of his tour. Both nights at the Barrowland Ballroom are already sold out – if you are lucky enough to have tickets, us and the rest of Glasgow are already jealous.

Are you following Source on Twitter and Instagram? Make sure you do for all the latest reviews and updates.