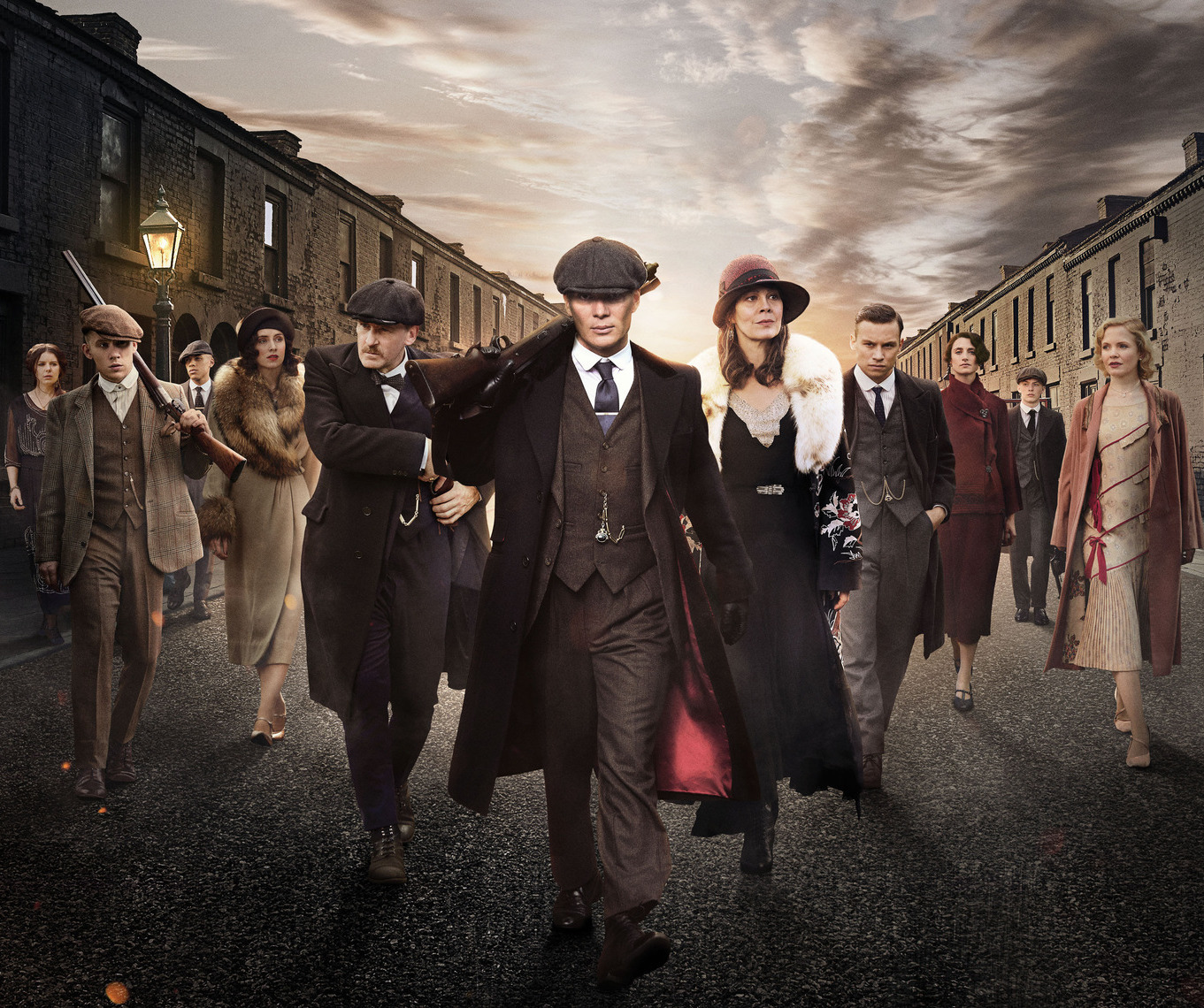 Peaky Blinders is back tonight on BBC Two. It’s been over a year since we last saw Brummie gangster Thomas Shelby and his family, and we, quite frankly, wait for the series’ return.

If you’ve not seen Peaky Blinders – get on Netflix quick and catch up! Set in the 1920s, Peaky Blinders is all about a family of Birmingham gangsters who don’t flinch when it comes to violence, killing or getting their own way – anything goes round here. It’s bloody, it’s sweary, it’s dramatic, it’s tense, and it’s one of the best shows we’ve seen in years.

After a slightly disappointing series three (we’re just saying!), reports are hailing series four as a return to form, just as good as its first outing. With Hollywood names like Adrien Brody on board, it’s set to be a belter.

Here’s a few reasons why we can’t wait to get tuned in tonight.

An obvious sentiment when returning to a TV show you love, but series three ended with Tommy handing his entire family over to the police. Not a great move. So where’s it going to go? Will the Shelbies get out of jail free? Will they still be talking to Tommy? If they are, for how long? You don’t want to mess with that lot – and if they get off with their many crimes, that means Tommy’s in the firing line. We can’t take the anticipation!

Irishman Cillian has said in past interviews that he has to take some time apart from his family after filming Peaky Blinders, as it’s pretty hard to shake off the character Tommy. He really throws himself into this part – and he’s utterly magnificent at it. He plays a war veteran with obvious PTSD and a real evil streak. He can go from impossibly charming to out-and-out horrifying in the blink of an eye. Truly chilling – and amazing telly.

Peaky Blinders has one of the best, if unusual, soundtracks out there. Featuring the likes of Radiohead and The White Stripes, 1920s it ain’t. But it works. We can’t wait to see what other modern tracks will feature this time around.

Hollywood heavyweight Adrien Brody is joining an already-stellar cast, which features Tom Hardy and Helen McCroy. What will the Oscar-winner brings to the mean streets of Birmingham?

Peaky Blinders is – very loosely – based on true events. Yes, seriously. There was an actual gang running riot in Birmingham in the 1920s, with razor blades stitched into the peak of their hats and killing anyone they didn’t like the look of. So next time you see someone shot in the head or set on fire, remember – this isn’t completely fictitious. This. Actually. Happened. Eek!