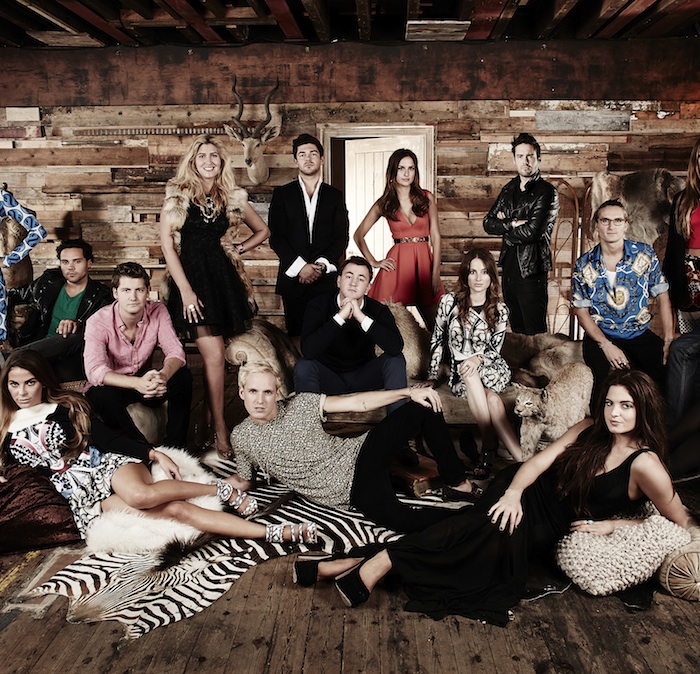 Tonight’s the night we’ve all been waiting for (or the editorial team at Source HQ at the very least). Our favourite gang of London-based socialites are back on our telly screens for another series of eye-rolling, awkward silences, love triangles/ squares/pentagons and more champagne than you can shake a Chanel handbag at. Yep, Made In Chelsea is back.

As we watch on in awe as Spencer, Jamie, Lucy Watson, Binky, Cheska and the gang party their way round Chelsea, Fulham and beyond, we always get this urge – this uncontrollable urge – to ditch our real lives, up sticks and move to an unspeakably overpriced flat on the King’s Road to live the Chelsea high life. Wouldn’t it be great to make a living as a Made In Chelsea cast member? Imagine that was your job! They just make it look so easy.

However, before you go selling your grandmother so you can make rent payments and upgrade your wardrobe, take a moment to think. For all the glitz and glamour that exists in Chelsea (and the abundance of entertainment it provides for us viewers), there’s another side which is, to quote fashionista Rosie, so offensive. Keep all of this in mind before you pack your bags and move in with Mark Francis…

These guys are living everything out in front of the cameras. And we mean everything. See that awkward Spencer/Louise shower scene. Signing up for a reality show sounds good in theory, but do you really want to live your entire life out for the E4 viewing public? Twitter followers sending messages about your latest outfit, criticising your choice in partner, people following you in the street… We’d take normal life any day.

You would need an actual job

We’re regularly assured that our Chelsea chums have jobs but, er… When do they actually go to them? It’s like Friends all over again when the trendy New Yorkers spent all day drinking coffee from oversized cups and made reference occasionally to their workplace. Apart from Francis skateboarding in on a suit from the office, we don’t really get much of an idea of what these people actually do when they aren’t filming. And OK, these guys are diamond heirs, their great grandfathers invented Digestive biscuits and their parents own luxury hotels in far-off lands so they don’t really need to work, but for the majority of us, that’s just not realistic (sob). This kind of lifestyle needs a steady income and loads of spare time. Not a good combo if your London dreams necessitate a 9 to 5 office job.

It never works out romantically

The only couples from Chelsea who we can pinpoint as having made a success of things are Millie Mackintosh and Professor Green and early series favourite Hugo and his dinky model girlfriend Natalie. You’ll notice that these guys are no longer involved in the show. Spencer and Caggie? Hopeless. Spencer and Louise? Hopeless. Spencer and Lucy – OK, it never works for Spenny. But Jamie and Louise fell apart, Francis and Sophia didn’t even make it beyond the series break, Binky and Jamie died a death… If you want to find love? Reality TV is not the place to go. The MIC cameras come with a curse.

You have to learn a new language

And we don’t mean Spencer’s impressive French skills. Oh no. It’s all about ‘totes’, ‘babs’, calling everyone ‘darling’ even if you absolutely hate their guts, ‘amaze’, ‘obvs’, ‘defo’… It’s bloomin’ tiring. And also sounds ridiculous in a Scottish accent. We know. We’ve tried. And failed.

The drama. Oh, the drama…

Not a day passes in MIC land without some kind of drama. Fallouts, relationships breaking down, accusations of cheating, bitching and backstabbing, frosty looks from the queen of frosty looks Millie Mackintosh… OK, so there’s the posh skiing holidays, massive nights out, exotic beach breaks, you’d get to speak to the legend that is Mark Francis and be in the same room as Andy Jordan (swooooon), but life in Chelsea is never straightforward. We’ll stick to watching it all from the comfort of our sofa and dreaming about the more glamorous side, thanks…

Made In Cheslea returns tonight at 10pm on E4