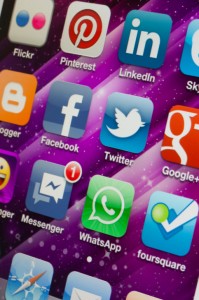 Most of us still wouldn’t have our mums as friends on Facebook. What if they saw those pictures from that beach party in first year? What would happen if they saw that status you posted about a certain memorable character that you met out in town last Saturday night?

While avoiding befriending the parentals is a golden rule on Facebook, how many of us think about how a potential employer could view our social media hub?

According to monster.com, 77% of employers Google applicants. It takes all of two seconds for your future interviewer to Google your name and find out more about you than you revealed in your carefully constructed cover letter.

Here are some tips to increase your internet security to make sure that your employment chances aren’t dashed by your social networking habits.

Facebook updates tend to do more than dis-orientate users by changing the layout of the newsfeed. Remember that every cover photo and profile photo that you directly upload is now automatically set to ‘Public’, so don’t forget to seek out that little arrow to set the privacy back to ‘Friends’. You can try out variations of your name on Facebook but be warned- Facebook frowns upon using fake names and limits your profile to 4 name changes. Make sure that you’re not stuck with a name that you’ll regret!

It’s not what you said, it’s how you said it

We appreciate that Facebook and Twitter practically command you to fill a little white box and tell the world what you think, however it is important to be self-aware of what you’re posting. Too many ranting statuses or complaining tweets might demonstrate a negative attitude to an onlooker. Keep a check on comments that you make on blogs, articles and photos as they might be difficult to defend if called upon in a job interview. Overall, employers would like to see a person with a positive attitude that will fit in with their company – if your fellow employee annoyed you while you were working on the tills today, keep it off the internet!

Watch your spelling and grammar

If you make misspellings and use bad grammar in your online outpourins, your posts could reflect poor communication skills to a hawk-eyed future employer. Keep your statements clean and clearly-punctuated to avoid giving off the wrong impression.

Have a thorough de-tagging session

For some of us, de-tagging unflattering pictures is a ritual after any form of social excursion. However, if you’re the type of person who leaves a hilarious tag for future reference, now is the time to do a picture cull.

You can be social media savvy by joining business networks such as LinkedIn and Google+. These websites are designed to display your skills and experiences in an accessible way that puts you in a good light. You can associate yourself with groups that relate to the job you’re going for, and pick out hobbies which best display your interests. By expanding your online network with each group, you can create a well-rounded profile to back up your CV. Don’t forget a nice head-shot – or in layman’s terms, a picture of you with no dogs/friends/pyramids of drink in the background…