The employer-employee relationship is such a fruitful source for observational humour and covered in such depth by movies, books and television, that frequently a work of fiction will stumble upon a  management archetype scarily close to the reality of the modern workplace. Such is the popularity of this relationship there are whole films dedicated to it, such as 2011’s Horrible Bosses – though if you think you’re going to turn up for your first day of work to find Jennifer Anniston then you, my friend, are deluded, dreaming or in no fit mental state to be seeking gainful employment.

To clear up the matter of how realistic the bosses on the box actually are, I have picked a few whose personalities (if not their actions) ring most true.

First seen on the original version of Ricky Gervais’ first sitcom, The Office, this type of boss spends far more time trying to seem self-assured and easy going than actually doing their job. When doing no work inevitably has implications on their professional performance they will attempt to regain respect with a series of aggressive displays of insecurity and desperation, with Brent’s nadir coming when he puts on a show of ‘sacking’ an employee over the phone, only for it to turn out he’s sacking the speaking clock. The best way to deal with this boss is to keep a low profile, smile and nod when spoken to, and maybe give the occasional exasperated look to any nearby tv camera.

The antagonist in the Lauren Weisberger novel and its considerably more famous film adaptation uses the management style of psychologically exhausting all of her subordinates until, terrified but unhesitating they are at her beck and call. Though Anne Hathaway only gets out of this constant manipulation and mental torture by quitting her job, it is possible to survive this particular kind of manipulative shrew by just being completely unflappably awesome at your job and letting your constant exhaustion allow you to block out the constant, crippling degradation. Easy enough.

Of Simpsons fame, this dithering old fool still thinks Taft is president, calls a television a pictocube and imagines the internet to be a new type of fish market. Having a dinosaur as a boss has upsides and downsides; on one hand, your ability to use even the simplest form of technology will make you seem like a genius; on the other hand, his deep suspicion of anything designed after 1905 makes it hard to gain his trust. The trick to a healthy working relationship with this doddering old twit (besides avoiding the epithets I have used so far in this paragraph) is to tolerate their antiquated habits and preferences to within an inch of your life while quietly suggesting ways of modernisation. 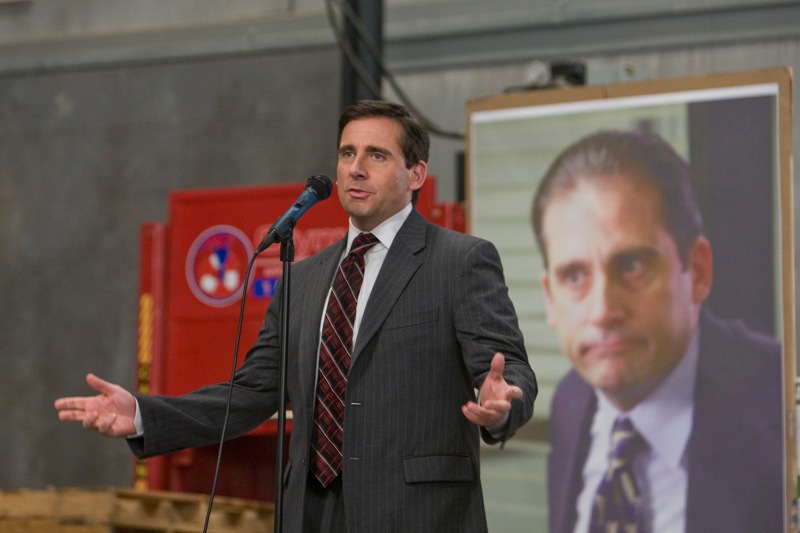 Initially David Brent’s American equivalent, Steve Carrell’s character develops into more of a clownish man-child whose desperately lonely personal life leads to an intense longing for social acceptance by those he is meant to be managing, such as when he suspends all productivity in the office so that his co-workers can watch him attempt a magic trick. The infant boss can best be handled with calm and honesty when they are attempting the proverbial ‘magic trick in the middle of the work day’ and by feigning interest or amusement as applicable the rest of the time.

Alec Baldwin has won everything short of the Nobel peace prize for his portrayal of the suave, omniscient alpha male, Jack Donaghy in 30 Rock. This is a man who worships the practice of business, has an encyclopaedic knowledge of management jargon (such as ‘synergize backwards  overflow’) and unlimited powers of self-congratulation. This is a man who casually laughs off any contribution from his subordinates while treating his superiors with the height of contrition. These people exist; anyone with an MA in Business Management who looks good in a suit will probably become one of these people. The best way to deal with a boss like this is to justify every suggestion, no matter how irrelevant, as ‘good for business’ and then going for the high-five… or not. But with people whose hobby is following the FTSE 100, everything has to come back to economics.

One of the more high-profile television bosses, ‘Jed’ could be seen overseeing the West Wing – the show so clever that Barack Obama decided to use half the plotlines as real-life policies. President Bartlett is the archetypal wise, old, professorly owl who knows everything about everything and who is so clever that he often seems insane, for instance when he sneaks away from his staff to conduct an international summit with China… from a wheelchair. In some ways similar to Albus Dumbledore, Bartlett’s loyal inner-cirlce spend huge amounts of time looking for the method in his madness and the rest of it vying wildly for his approval. Treating a boss like this with trust tends to engender trust, which (sorry to ruin it) is the moral of basically every episode of the West Wing. 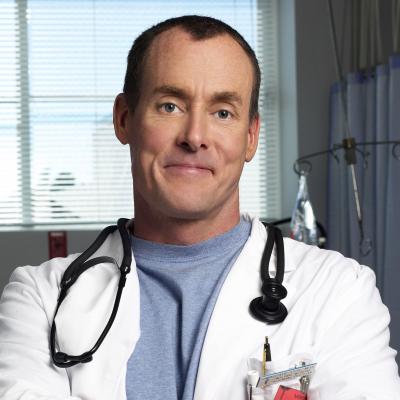 The maverick. In this case the misanthropic, borderline alcoholic, bitingly sarcastic doctor from Scrubs who gives no visible encouragement to even his most valued colleagues but seemingly gets the best out of them by dolling out tough love and ‘sink or swim’ moments while reacting to their problems with such comforting words as: “Oh my God; I care so little, I almost passed out.” Equally disrespectful of his own superiors, this type of boss is not someone to try and form a close friendship with, as JD in Scrubs is constantly learning to his cost over eight and a half series, rather they require a thick skin and steadfast professionalism.

The tyrant. Everyone will have a boss, teacher, professor or spirit guide who seems completely devoid of humanity, who would happily choke you through a CCTV screen given half a chance unless their orders are followed with unquestioning obedience. Unfortunately these people do exist and their lack of access to lightsabers and ability to manipulate ‘the force’ is the only reason they don’t make the news more often. If you ever hear the imperial march playing inside your head when  they enter a room, you should quit your job. Now.

These are the extremes of the kinds of forceful personality that lead to a person being elevated to a management position and in reality the vast majority of leaders are a mixture of several of these characters which makes the overall experience of working for them nothing less than delightful. Nonetheless, dealing with different personalities is a key part of any job so it’s useful to know exactly what’s out there.

Gregor is a 21 year-old Journalism Masters student at Strathclyde Uni, having just graduated with a degree in French and Spanish from The University of Edinburgh. As well as writing for Source, his work has appeared in The Independent on Sunday, The Herald and The Scotsman among others. Gregor also blogs in his spare time.