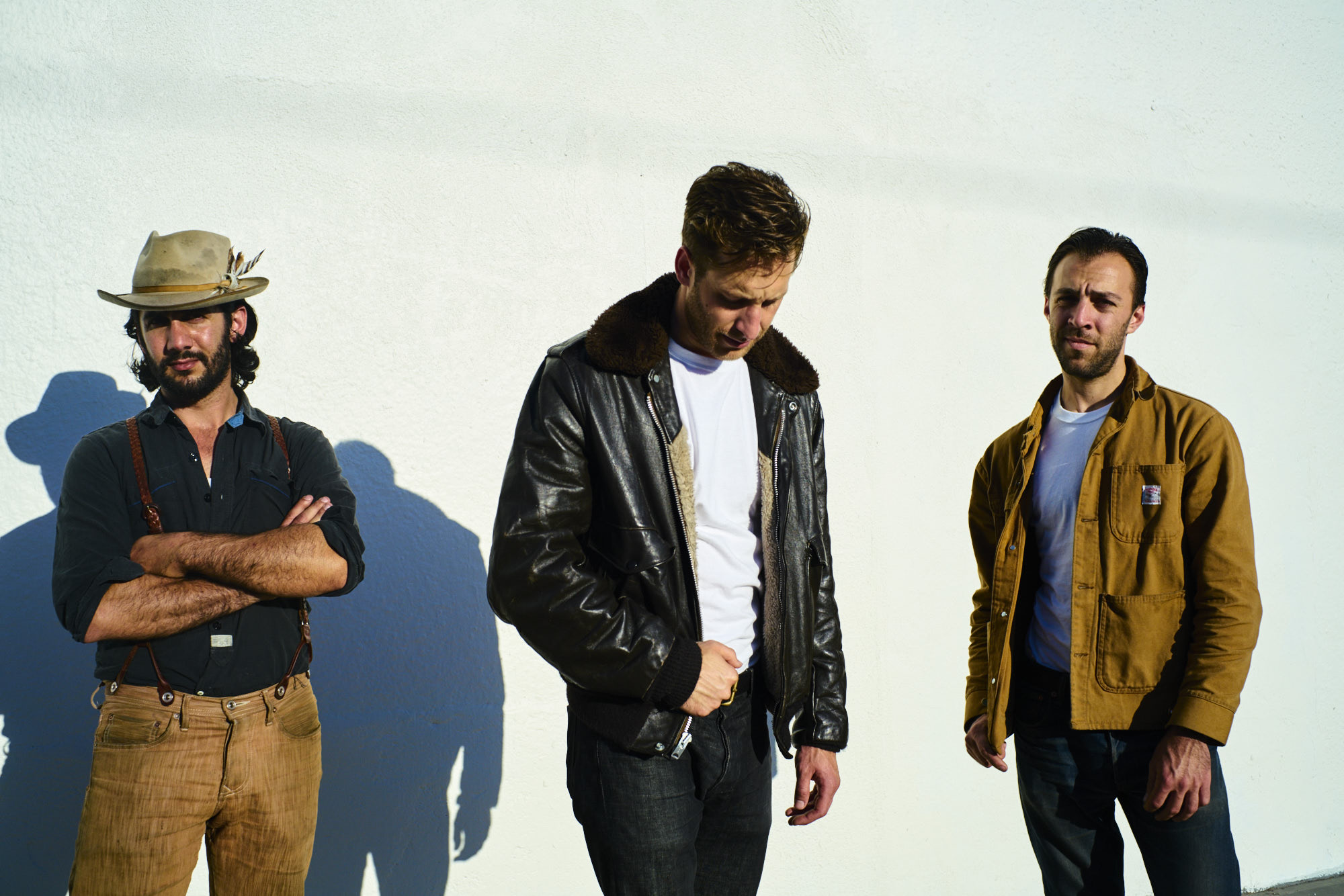 Originally from Los Angeles, The Americans are an old school rock n’ roll band with a distinctly contemporary feel. Their sound is sentimental and sincere, heavy with a noodling guitar line and often backed with a banjo.The music is influenced by the musical history of the band members, who have known each other a long time. We had a chat with the fellas before their Celtic Connections gig in Glasgow.

“Jake and I met in high school—reintroduced really, since we had played together as kids,” Patrick Ferris, frontman, says of Jake Faulkner, the band’s bassist. “My mom met Jake’s mom on a train to Woodstock back in the ’70s. Anyway, when Jake and I reconnected we happened to be getting into the same music, old pre-war acoustic blues, Dylan, and The White Stripes. Jake met Zac at McCabe’s Guitar Shop in Santa Monica and introduced us.” 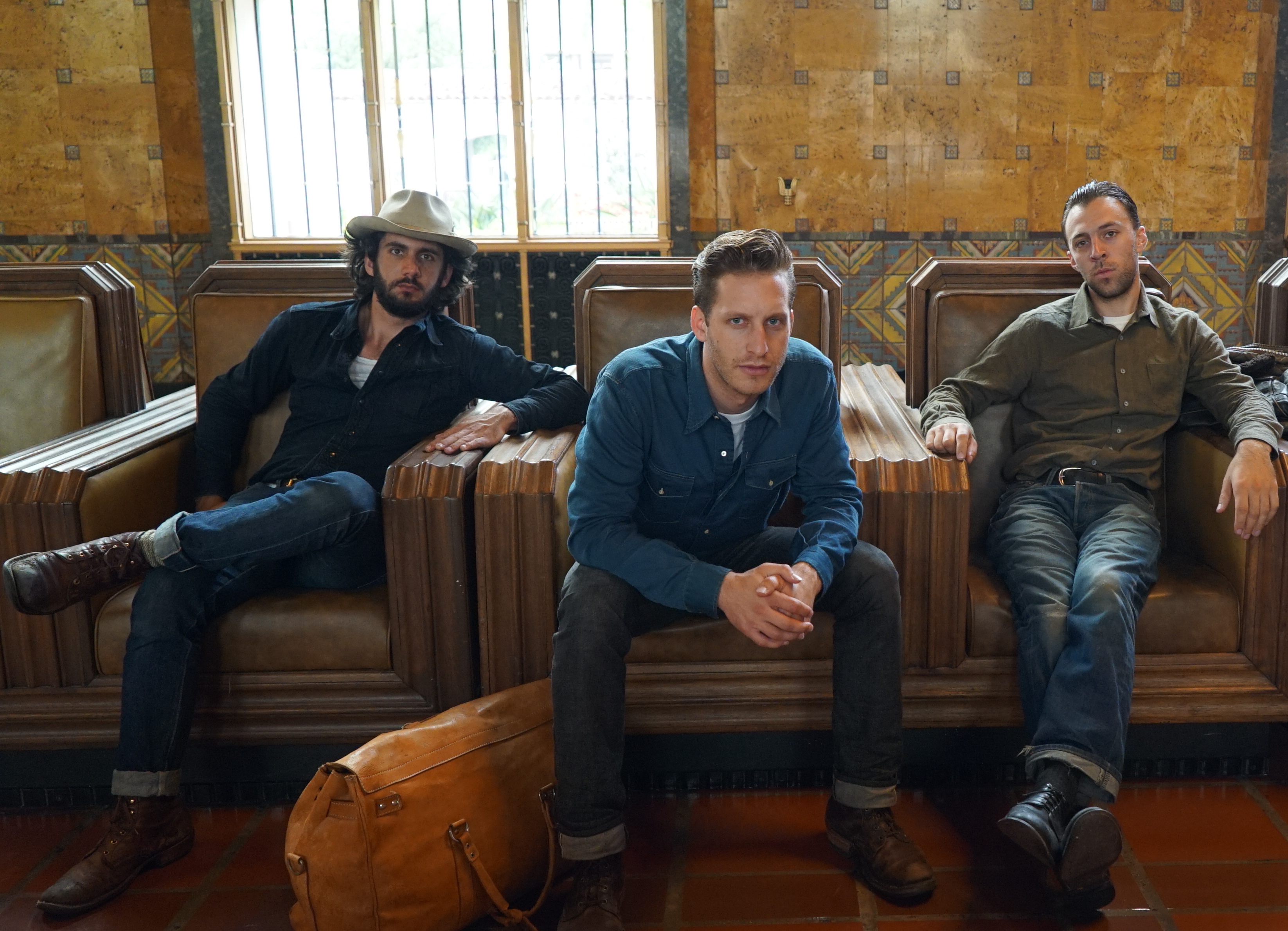 At their roots, The Americans are about fun, sentiment, and a homage to traditional American rock n’ roll. The songs aren’t searing political commentary or ironic frivolity because that’s not what they’re built to be. They sing about being a travelling preacher in “Gospel Roads” and doing prison time in “Prison Yard Walk”, all traditional subject matter for a traditional-sounding country and rock band. As with their name (a reference to book of photographs by Robert Frank, famous for its depiction of post-war American society), their songs are described by Ferris as “portraits unaccompanied by moral commentary.”

Their January 28th performance was at the Òran Mór, a popular food and live music venue in the heart of Glasgow’s West End. In person, the Americans are as deeply rooted in the American south as they sound on their bandcamp – Ferris resplendent in a double denim outfit, while guitarist Zac Sokolow wears a long-sleeved checked shirt tightly tucked into blue jeans. The band stands out against the rain-streaked, proudly hipster West End of Glasgow, with their aesthetic crafted more to evoke wide American skies and a sort of true-blue American authenticity.  There’s an endearing earnestness, the indication that they’re keen to make you enjoy an antiquated genre as much as they do. 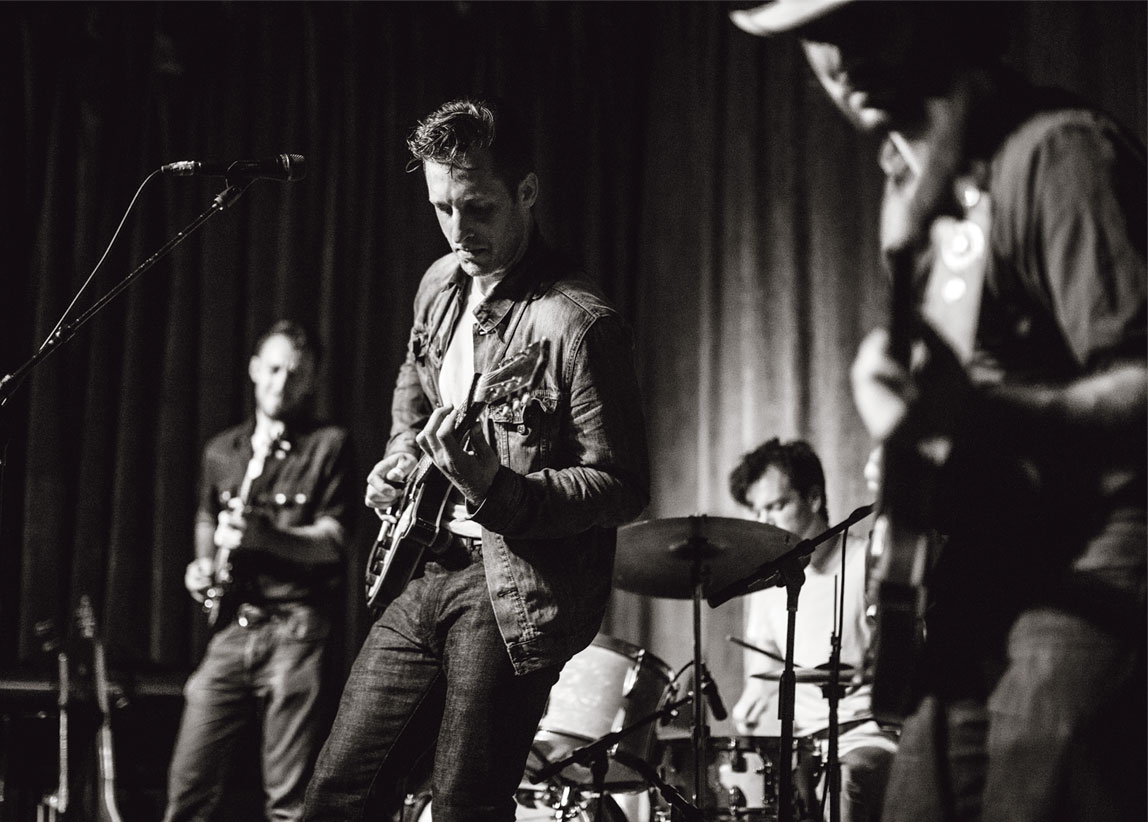 Country music has the stereotype of being somewhat boring; you assume they’ll just probably just sing about haystacks and sunsets and being broke, right? But despite the baggage of the genre, The Americans obviously love what they do and want you to love it too; the songs are lively and engaging, and heartfelt. The rock n’ roll influences invigorate the music and prevent it from being too stiff and maudlin, and the talent of the musicians themselves is on full show – they switch from soulful finger-picking slow tunes to energetic rock riffing with ease. Despite this, Ferris admits to Source that he “sometimes [worries] how much my ear has been bent around the sounds we enjoy, how familiar they’ve become. It makes me wonder if the music we make sounds utterly different to people without the same musical background, and if it appeals to them.”

When asked about the unfortunate tendency of country and rock n’ roll music to look back on the music of the past with rose-tinted glasses, and whether this will cause creative stagnation, Ferris is prosaic. “I’m not too concerned about that,” he says, “You know when you’re stuck, the same way you know when you turn down a dead end. Making music is about discovery, so it can never remain too backward-looking.”

The Americans debut album I’ll Be Yours is out now. Keep up-to-date with the band on their Twitter.