Craig Johnston works for DF Concerts, one of Scotland’s most prominent music promoters.

The company is responsible for T in the Park, arranges tour dates for international acts when they visit Scotland and also manages gig venue King Tut’s Wah Wah Hut.

Craig now promotes acts such as Years and Years, Troye Sivan, Sunset Sons and Alessia Cara, but the business management grad began his booker career by handing out flyers… 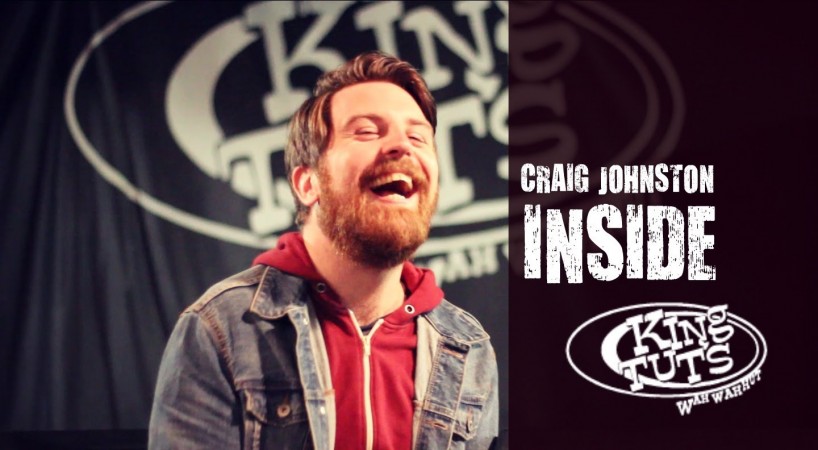 You must work with some pretty amazing artists in your job – what have been the biggest highlights?

I love seeing acts go from playing small rooms to playing big shows – taking Sunset Sons from Broadcast to the QMU has been a great ride.

There are also acts that I don’t personally promote but work on with the senior bookers, so seeing Biffy Clyro headlining T in the Park was very special. Equally, Twin Atlantic playing the Hydro and watching how huge CHVRCHES are becoming all over the world is incredible.

Also doing my first Barrowlands show was very special. It was with The LaFontaines and was a great journey to get there from little shows in Stereo and Bloc.

My dad is no longer with us, but I know it would have made him proud.

How did you get into your current career?

I was in the right place at the right time I think. I started off as a flyerist for King Tut’s, worked my way into the office at DF and they haven’t got rid of me yet.

I just made sure that I was as helpful as possible when I was first in the office, doing the filing and making the coffee.

After a while I was offered paid part-time work, then a full-time job booking local acts. It turns out I was pretty good at that. I was tipping the other bookers off about really good touring acts so the decision was made to make me a booker full-time.

What did you study before you took up the job?

I studied business management in the creative industries at Stow College [Now Glasgow Kelvin College.] It was a great course, it really gave me the knowledge I needed for when I found myself in a room with important people at DF or people at other companies in this industry.

It meant I could hold a conversation with them rather than sounding like a little pleb. When you are only a member of the flyering team that’s important – making a good impression at an early stage worked well for me.

What’s the best part of your job?

I love it when I finally get a new act a show. I can hear an act, get in touch with the agent then wait as much as a year to get a show with them, so I love it when it finally happens!

And the worst part?

I don’t really get time off, I have to be contactable all the time. Holidays aren’t really a thing; if I am away somewhere I still have to check emails and answer my phone.

Imagine you were a manager sorting a world tour. If the agent said that you had to put the tour on hold because they couldn’t get a hold of the promoter in Scotland, you would sack the promoter and get someone else to promote the show. Thankfully I have a very understanding girlfriend!

Is there a lot of room for progression or travel in your job?

My career grows as my roster of acts grow, so to progress I have to make sure I promote the best new acts who will one day become the Hydro, stadium or festival headliners.

Travel-wise I get to London for meetings quite a bit and I always go to The Great Escape in Brighton.

It is good for me to see how other people are doing things as well so I try and go to a festival I haven’t been to before each year.

What do you hope to do in future?

I like doing what I’m doing, I just want to do more of it. Taking a band from Tut’s to a stadium headline would be amazing.

What would you say to people looking to get into a similar career?

Interested in a career in the creative industries? Check out courses at Glasgow Kelvin College