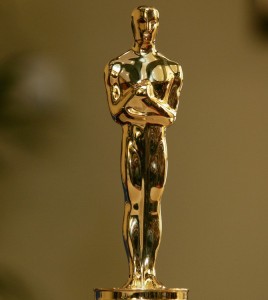 We’re not going to lie – we often find ourselves daydreaming about what it would be like to be a Hollywood star or international chart topper – before snapping back into reality and continuing on with our studies and jobs.

Despite appearances, not all the biggest stars walking the red carpet and strutting their stuff on stage were born into the glamourous lifestyle of fame and fortune. And it’s sort of a comfort to know that many of them worked normal, boring and even awful jobs and were just like us before flying off to Hollywood.

So what bleak jobs were our favourite famouses doing before they hit the big time? Here’s a few…

Heartthrob Brad Pitt was ready to graduate with a degree in journalism before he dropped out and made the move to LA to pursue his dream of acting. During his pursuit for stardom, he worked many jobs, including delivering fridges, driving exotic dancers around the city in a limousine and he was a chicken mascot for El Pollo Loco.

Whoopi made her breakthrough in Hollywood in films such as The Color Purple and Ghost, but believe it or not, she started out as a bricklayer. Not only that, but Whoopi also completed a course in beauty therapy – a far cry from her life nowadays.

Working today as a successful actor, director, producer and businesswoman, Jen An had to work hard to get to where she is today. Being on our screens for more than a decade portraying the ever-popular Rachel Green in Friends, it’s hard to believe that Jennifer wasn’t born famous. Before her dream became a reality, Jen worked many jobs including a waitress, telemarketer, messenger and receptionist. Since then, she has won 32 awards and is now one of the highest paid actresses in Hollywood.

Jim Carrey is one of the biggest actors in Hollywood and keeps himself busy working as a screenwriter and film producer. Starting as a budding impressionist and stand-up comedian, Carrey left school at 15 and started work to help support his family. Carrey worked as a janitor in a factory and has stated that if his show business career hadn’t worked out, his backup plan was to stay in Canada and work in the Dofasco steel mill.

The distinctive voice of rock band No Doubt, Gwen Stefani, first found work at a Dairy Queen ice cream parlour. She then later got a job working at the MAC counter in a department store in California. Gwen’s life now could not be more different, as a successful singer, songwriter and fashion designer, having an estimated net worth of $80 million.