With less than two months to go until Donald Trump enters the White House, fans having been busy imagining the conversations between President Barack Obama and Vice President Joe Biden.

Biden: I'm gonna throw his wig into the fireplace.
Obama: Joe, don't.
Biden: One horcrux down, 6 to go. pic.twitter.com/Y0CBfXen5t

Joe: I told trump that there was important meeting in a room but it was a broom closet & now he's locked in there

Biden: can i put whoopee cushions under all the chairs before he gets here

Obama: joe im on the phone

biden: cmon you gotta print a fake birth certificate, put it in an envelope labeled "SECRET" and leave it in the oval office desk
obama: joe pic.twitter.com/UTtv1JkE5o

"barack please don't leave me with them"
"joe you're leaving when I leave"
"oh right lmao love u" pic.twitter.com/zfIt3Bv0wl

BIDEN: I'mma punch him when he comes here.
OBAMA: No, Joe. Don't do that.
BIDEN: Punch him round the back.
OBAMA: Joe.
BIDEN: Kick, then. pic.twitter.com/TmbPfrBalT

Trump: Can I get past
Biden: What's the password
Trump: I don't know
Biden: Losers says what
Trump: What
Obama: JOE pic.twitter.com/0lNTN7WOLy 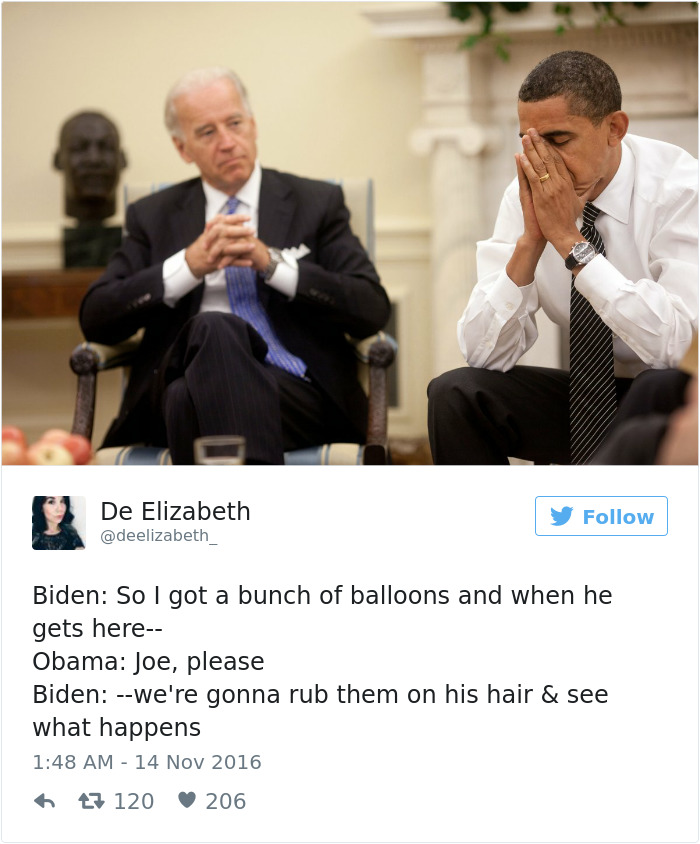 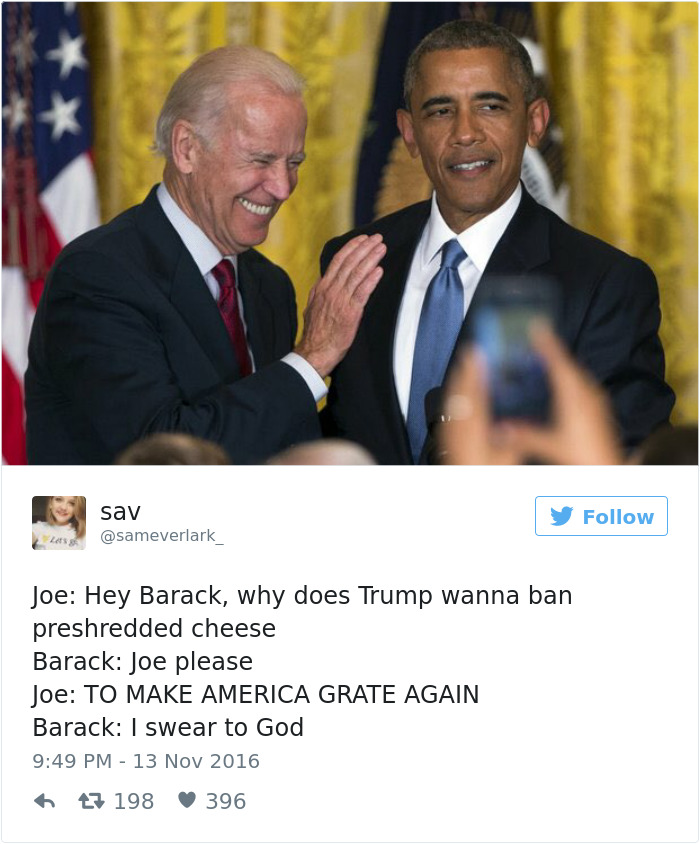 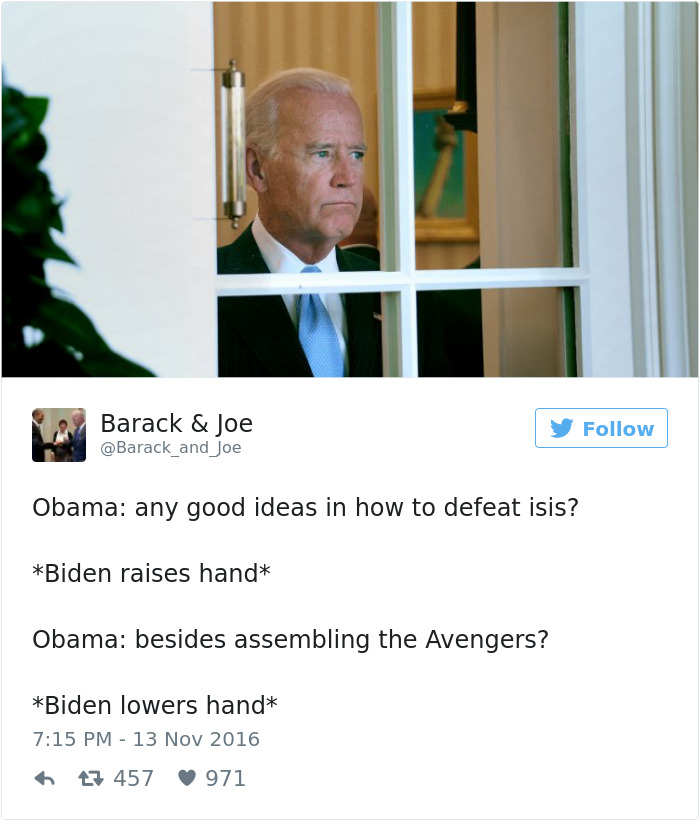 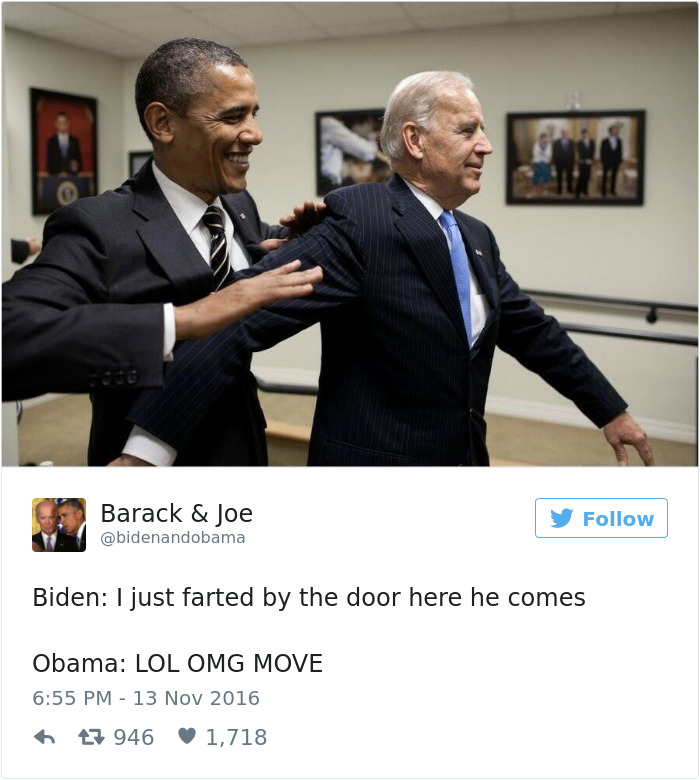 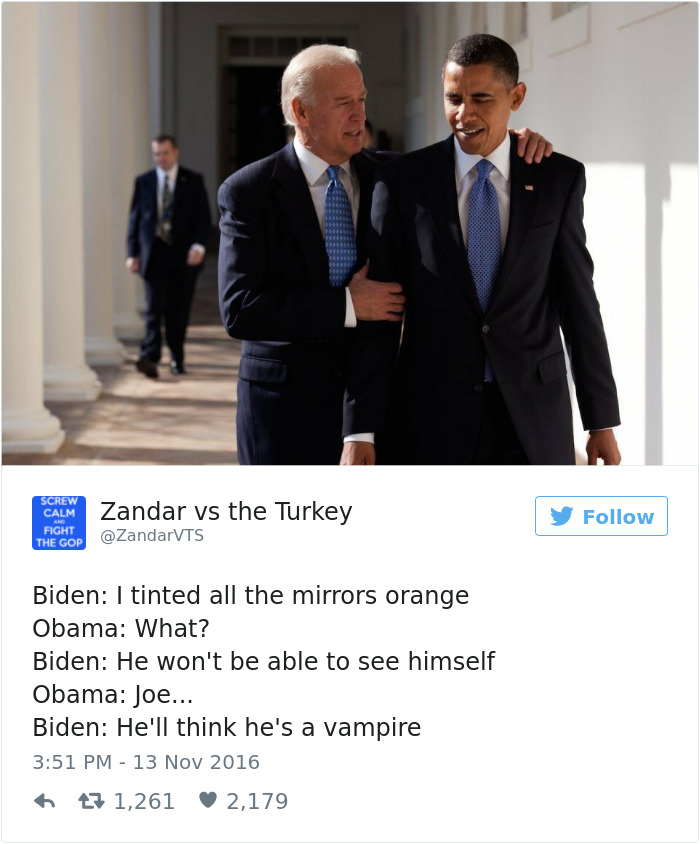 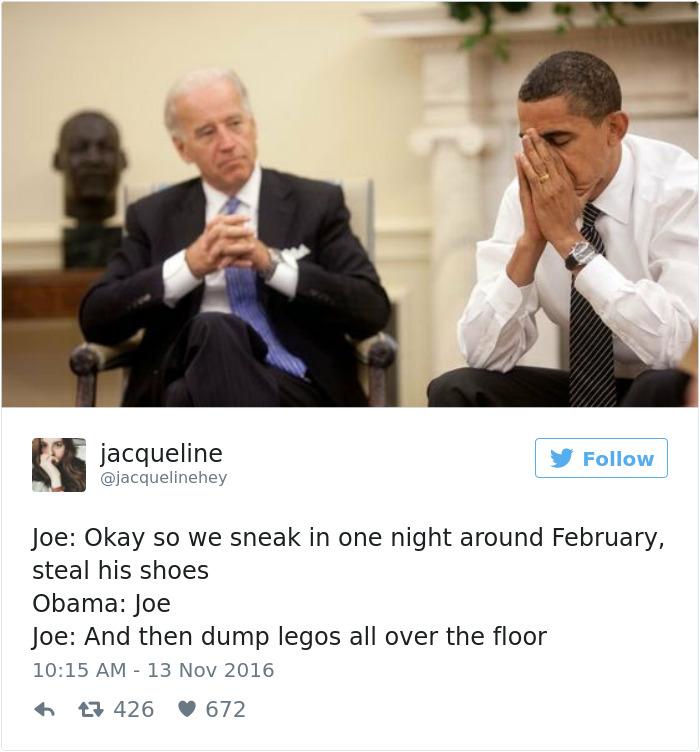 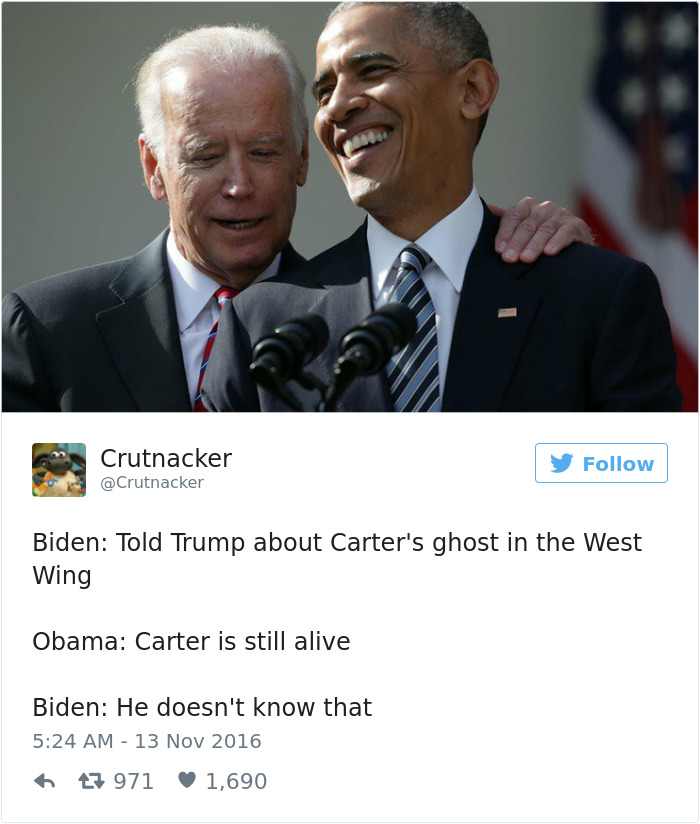 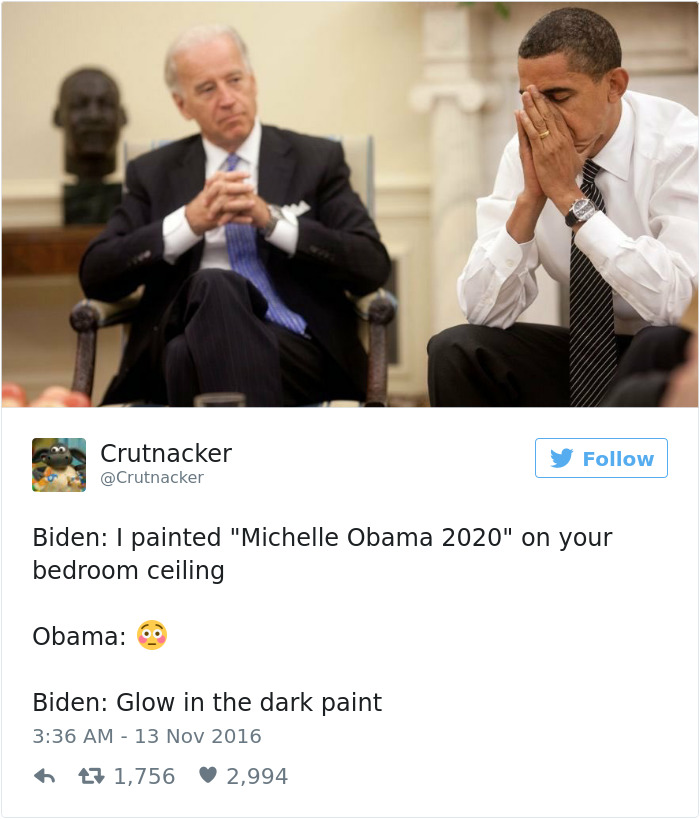 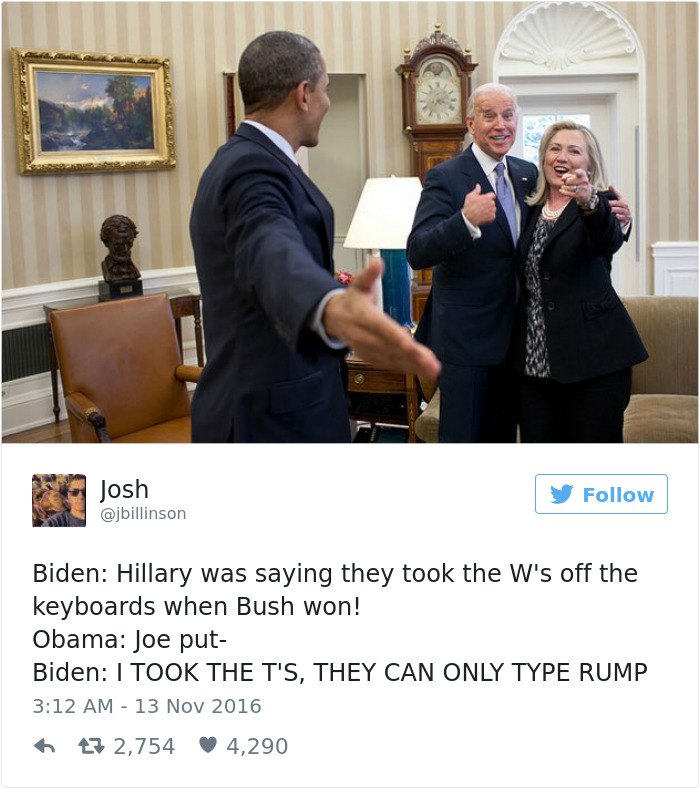 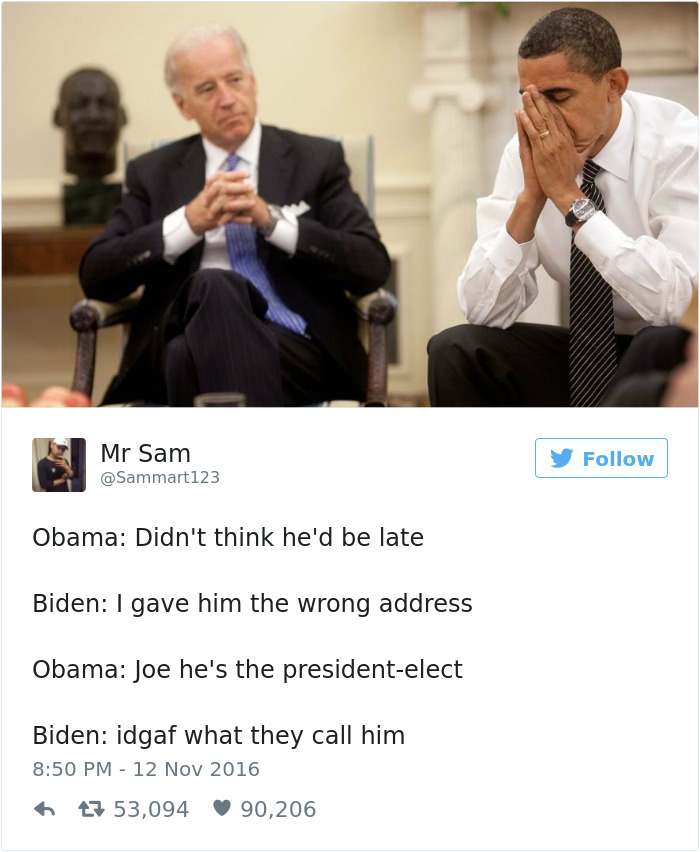 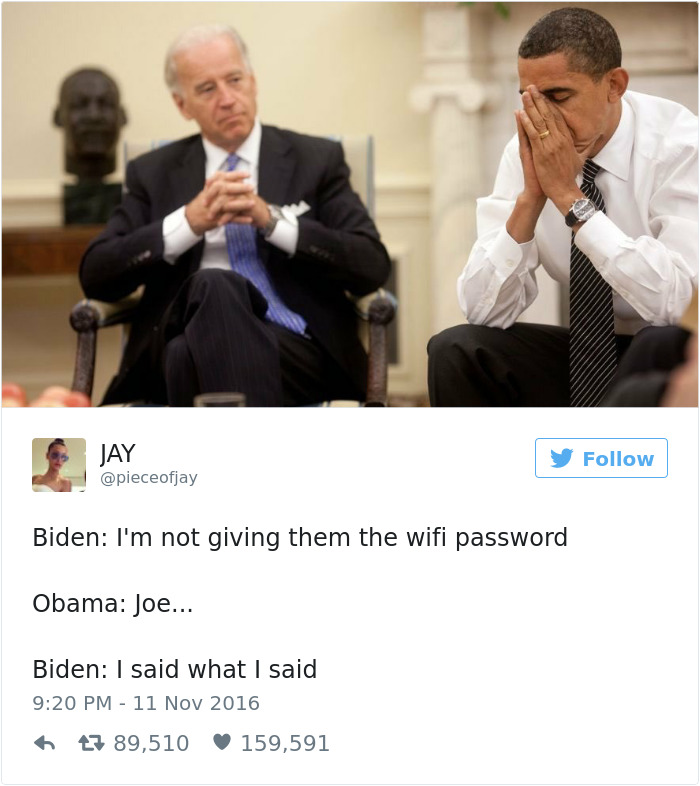 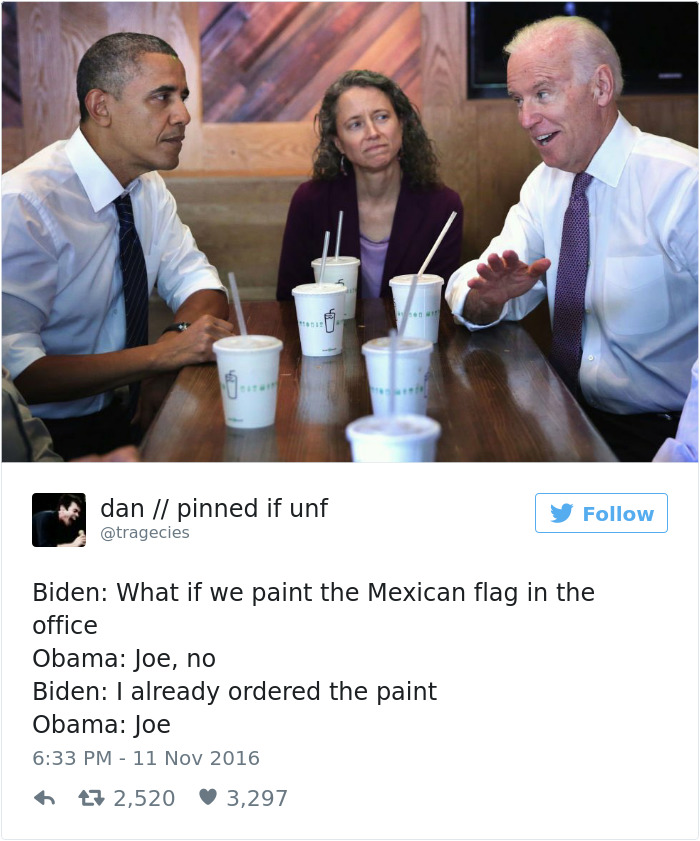 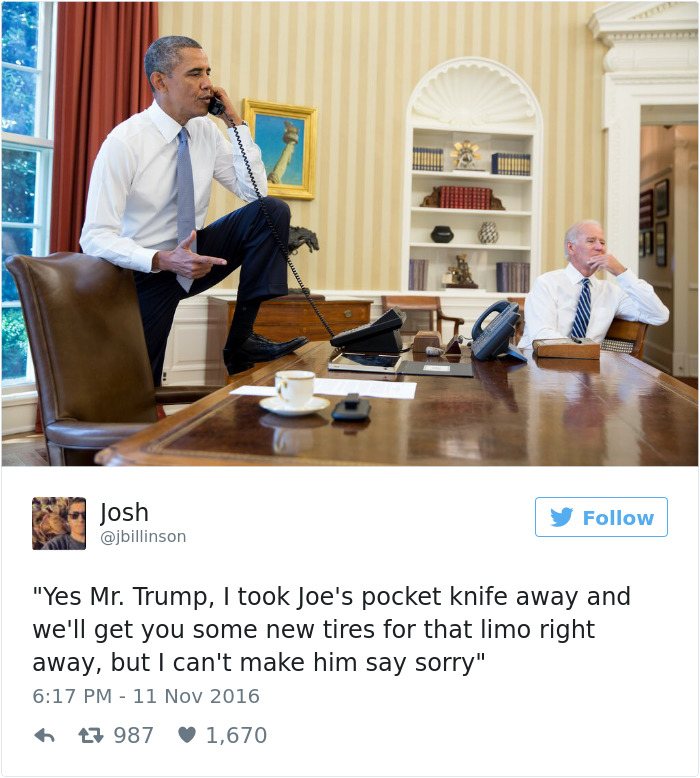 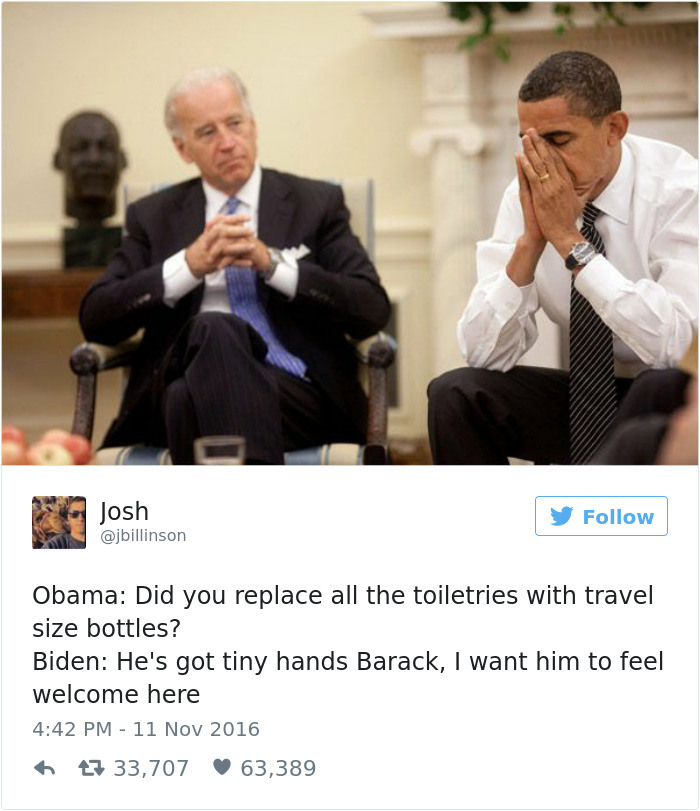