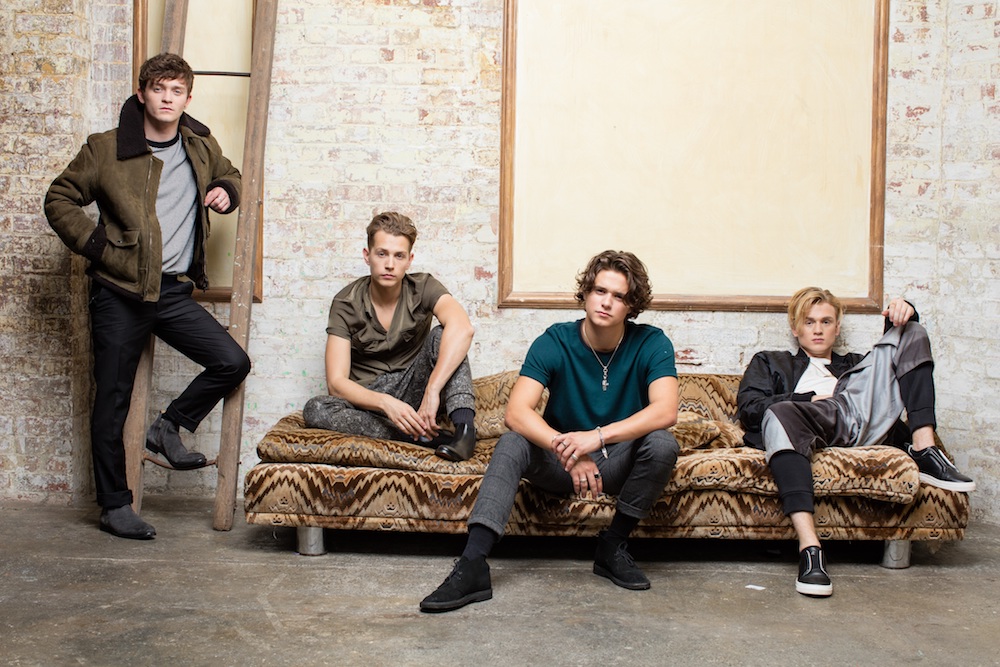 When The Vamps landed their first number one album back in July, it marked the dawn of a new era for the foursome – this time, Brad, Connor, Tristan and James mean business. We caught up with drummer Tristan to find out what life’s like at the top of the charts

The Vamps are radio playlist staples, a familiar sight on the cover of teen magazines, and you’ve probably hummed along to one of their songs more than once – even if you don’t want to admit it. But they never quite reached the same heights as boy-bands-with-guitars like Busted and McFly before them or chart-mates 5SOS. And with competition in the shape of One Direction at the time of their launch, it felt like The Vamps were never really much more than second best.

But something’s changed in the last couple of years. This summer, we found ourselves not just humming along to Middle of the Night, but dancing too. Suddenly, The Vamps made sense.

“It’s always good when an album goes to number one,” says drummer Tristan Evans. “It makes all the hard work worth it.”

It may be a coincidence that the four-piece landed their first UK number one album after the split of 1D – but it’s more likely to be down to the boys’ new grown-up sound.

Back in 2011, when guitarist James McVey decided he wanted to form a band, the Chester native probably wouldn’t have pictured himself teaming up with three strangers discovered through social media and mutual friends – and that they’d go on to tour the world together, sell thousands of records and then one day land a number one album.

These days, James, Brad Simpson (lead vocals), Connor Ball (bass) and Tristan are going from strength to strength, following the release of Night & Day in the summer. Gone are the cheeky lyrics of Can We Dance and chant-along choruses of Somebody To You. These days, The Vamps are producing pop with a bit of an edge. And, Tristan says, it’s a natural progression.

“I think as we’re growing up, our music is too,” 23-year-old Devon-born Tristan reflects. “We’re going to different places, we’re celebrating in a different way and I think it’s suited to our age group more.”

That album where pop acts try and shake it up a bit – be ‘more serious’, say that they’re ‘growing up’ – has failed time and again over the years. But, for The Vamps – who worked with producers like Matoma and Martin Jensen to create the record – it’s gone down a treat.

Night & Day is letting them work in an entirely new way. The record is getting released in two parts – the Night edition was out in July and stormed to the top of the charts, while the Day version is coming out later this year.

“The concept with Night is darker – EDM, a kind of ‘all night’ vibe,” Tristan explains. “Whereas Day will be a bit more upbeat.”

And, as you’d expect from the four twenty-somethings, they celebrated Night’s success in style.

“We just went on a mad one, to be honest,” Tristan says with a laugh. “We went out and celebrated in London. We had some drinks with our families, and then we went onwards to the club!” 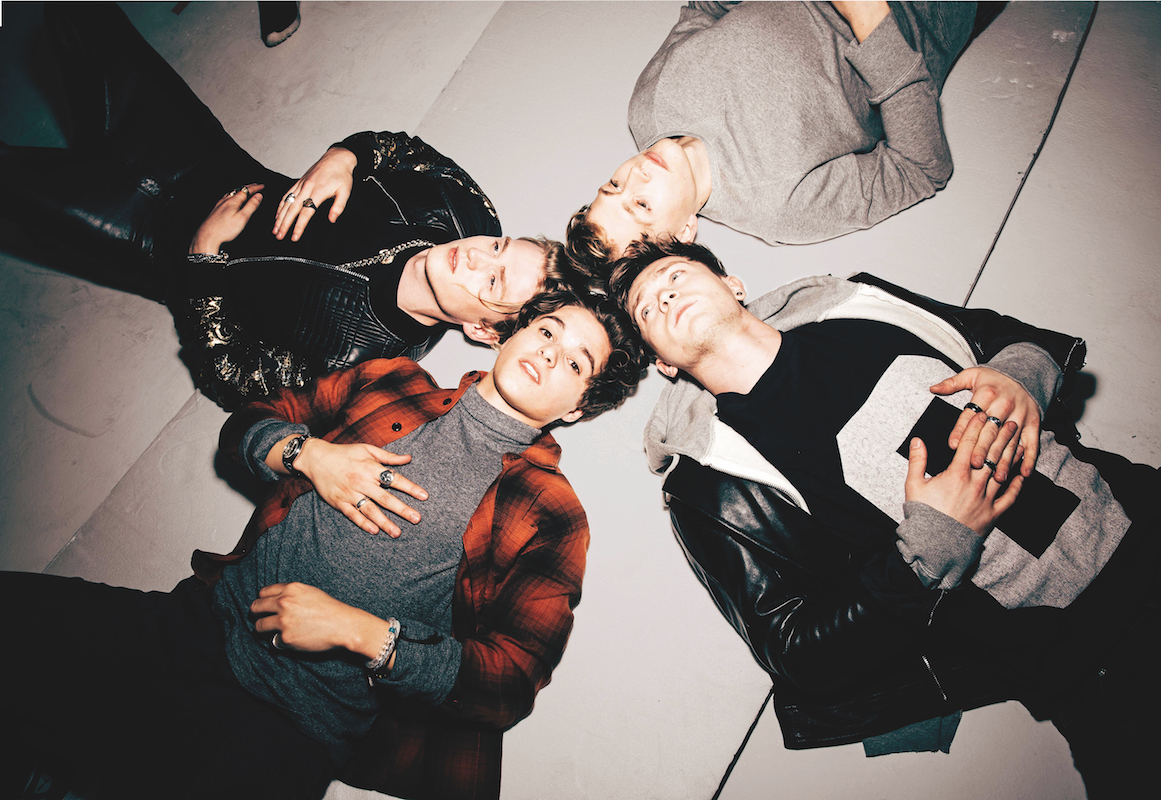 It’s been a real high point for the boys – who will readily admit that being in a band, while amazing, isn’t always easy. James spoke out earlier this year about his own struggles with mental health after months of touring and living in hotels started to take its toll.

While touring has its stresses, getting on that stage, Tristan says, is what makes it all worthwhile.

“Every crowd is different, depending on what country you’re in,” he says. “They sound different, and they behave differently – always. It’s always good to see different people’s reaction to the music. I always love playing the O2 Arena in London. It’s home for me. It’s a massive 18,000-people arena, which is always great. And we love playing in Scotland too. The further north you go, the crazier the crowd gets! It’s very good.”

Having just completed a massive UK tour – including a night at Glasgow’s SSE Hydro, one of Tristan’s favourite arenas – and bouncing their way round the festival stages this summer, the lads are now off on their third world tour, with dates scheduled in Japan, Australia, South Africa and Taiwan.

“It’s going to be really good,” Tristan enthuses. “Hopefully it’s sunny when we’re out there. Japan’s my favourite, because of the food. We get on very well when we’re on tour. We’re great friends. We enjoy ourselves – we don’t take ourselves too seriously. We enjoy playing shows and we enjoy exploring and seeing different cities, meeting new fans and seeing old faces. Different fans from all different types of countries – it’s a great gap year, basically!”

But it’s not just a gap year of fun and games – it’s been a lot of hard work. Three albums, a book, hundreds of live shows in front of thousands of screaming fans, a date at Wembley Stadium playing to 90,000 music lovers, and even launching their own record label, Steady Records, in 2015, the boys have learned a lot in their time in the business – even more as things change within the world of music.

“People are always moving, especially with some of the record labels,” he says. “A lot of change has happened, but you need to learn to adapt to those changes and use them to your advantage.”

One thing, however, hasn’t changed.

“We’re still struggling to grow beards!” he laughs. “Now, we all have our own houses, we all have our separate lives, but we love The Vamps. It’s what we are, and we love doing it together.”

With in-fighting and frosty relationships ending bands for decades, if The Vamps are half as close as Tris lets on? We’ve got a funny feeling that the only way is up for these guys.

Night & Day (Night Edition) is available  now from iTunes. Look out for the Day release later this year.