Billy Boyd starred as Pippin the Hobbit in Peter Jackson’s Lord of the Rings trilogy, but getting into the arts wasn’t easy for this working class boy from Cranhill. Here’s his advice for young Scots wanting to break into the arts. 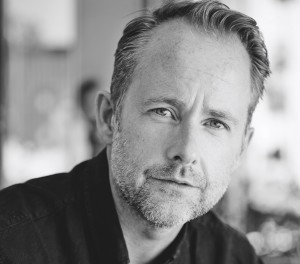 As a kid living in Cranhill and going to school in Ruchazie, two rival east end Glaswegian towns, Billy Boyd lied about where he lived to avoid retaliation from local gangs.

He also hid his interest in theatre and the extra-curricular drama groups he attended, as this strayed from the conventional hobbies expected of his classmates and peers.

Years later he would star alongside some of Hollywood’s biggest stars in one of history’s highest grossing box office films.

“When you come from a working class upbringing, the arts is still a no-go area in many ways,” says Billy.

“As well as pretending I lived somewhere else, I had to pretend I didn’t go to these drama groups. There really isn’t enough support for people from working class and low-income backgrounds when it comes to the arts, it’s not something you consider for yourself.”

After rising to international success starring in Lord of the Rings and Master and Commander, Billy became patron for the Royal Conservatoire’s Transitions 20/40 scheme to help young people from disadvantaged backgrounds get a career in the arts.

The course allows young people from deprived areas across Scotland to study dance, drama, music, production or screen courses at the country’s most revered arts education institution. Billy trained at the Conservatoire back when it was called the Royal Scottish Academy of Music and Drama (RSAMD)

“It’s a really great thing thing the Conservatoire’s doing,” says Billy. “People who don’t have the money to pay for courses, classes, instruments – even a shirt and tie for performances – get support.

“I met some of the kids involved and it’s brilliant to see them get involved, as they would never have thought they could have done that before. If anyone is reading this and is from a working class background but wants to get into the arts, it’s a cracking initiative. You need to get to the kids early though, make them realise these opportunities are available to them later.”