Launched in March of this year, Mud Urban Flowers have certainly blossomed into one of the chicest florist brands in Glasgow. With big future plans in motion we spoke to owner Chloe Milligan to find out what it takes to become a florist and run a successful business at only 24 years old. 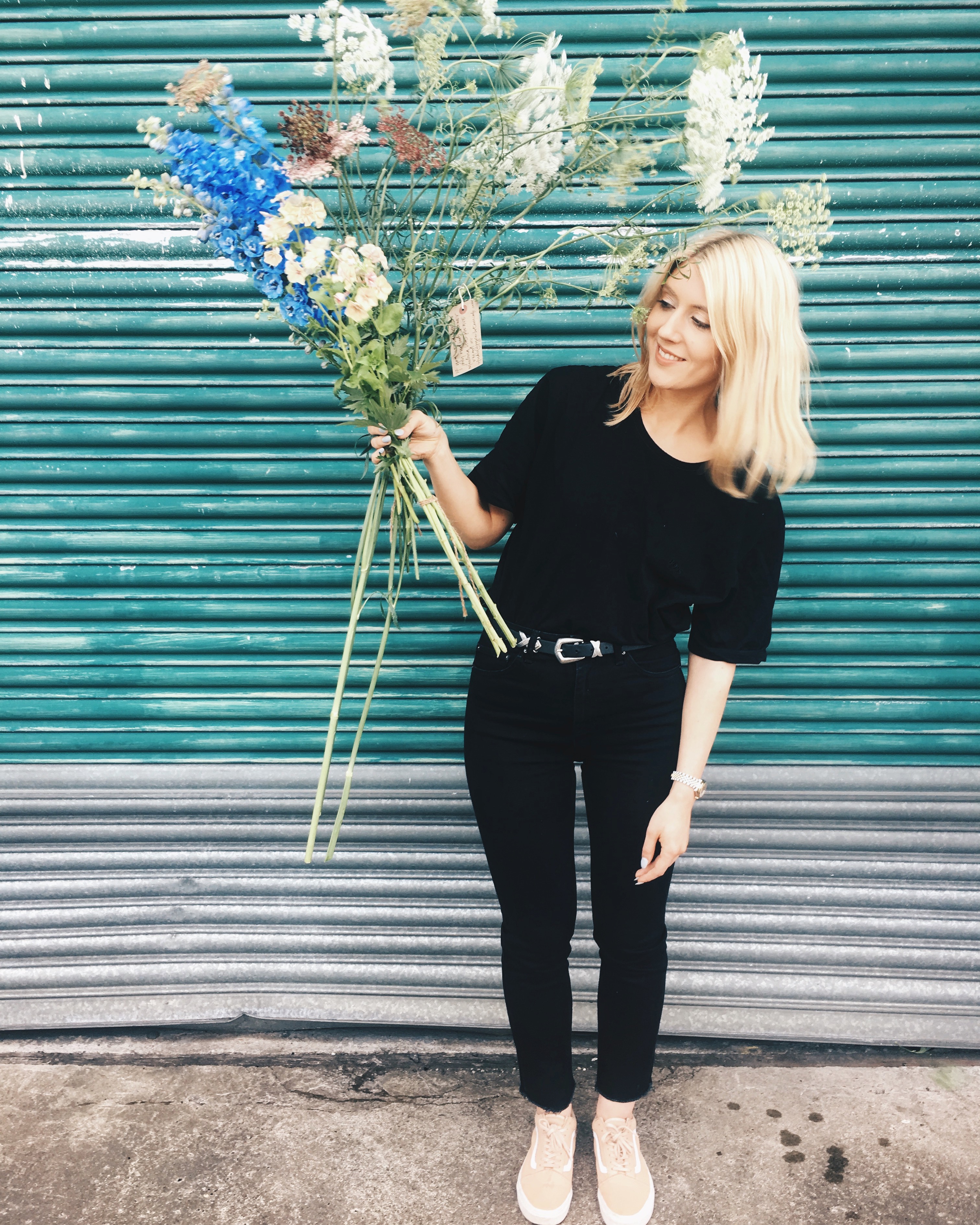 What sparked your interest to work with flowers?

When I was at school I ended up working for big cousin’s business, Mood Flowers – we are now business partners. I would do a junior role there washing vases, tidying aisles and conditioning flowers. I worked there during the summer and during winter working on Christmas decorations, just to make some money. I got the experience but I didn’t really think I wanted to work with flowers.

I ended up working an event in London for a woman called Holly Chapple from America, who is a really big florist over there. When I came back [to Glasgow] Nick and I decided Mud would be a good thing to start.

How did Mud Urban Flowers start?

We just opened the business in the beginning of March this year. It really just started by believing there was a gap in the market for this modern take on flowers. I guess with things like Amazon and next-day delivery being so predominant for this modern age. This is a modern Interflora but we still see ourselves as artisan florists. We are providing a service where you can order beautiful, seasonal designs, online and have same day delivery within Glasgow. We have three sizes a little (£19) luxe (£39) and a lush (£59), all including delivery. Depending on the occasion you can pick what’s best.

Your bouquets are stunning – where do you get your design inspiration?

Usually I will go the market every morning in Glasgow. It starts usually with one flower and that’s either because I really like the colour of that flower or I really like the style, like peonies were very popular when they were in season so I would start with a peony. Dahlias are very in season at the moment. Once I have that one colour I’ll create a pallet around that one colour. We start with one colour and find some other colours that will complement it, shapes and textures.

Additionally, we like to work with seasonal flowers, like peonies or dahlias – if a flower is in season we’re more likely to use it because it will be a better quality. Sunflowers are very much in season at the moment and you will see that they’re huge. We use flowers when they’re at the height of their season – and also it really just depends what the market has got in. It’s always different and it’s interesting. 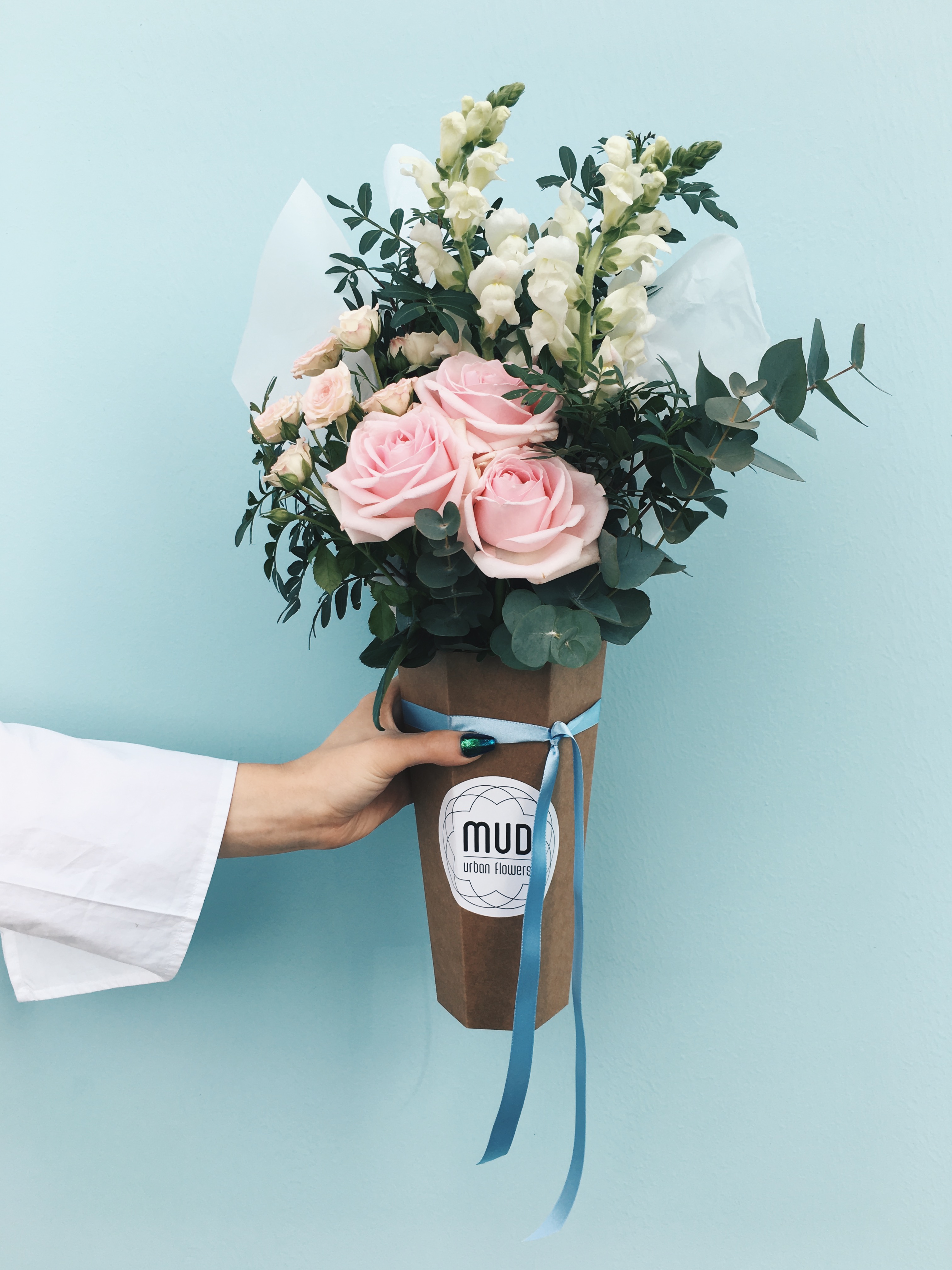 Would you say your role is very creative?

It is and it isn’t creative. That’s definitely important for anyone that’s interested in this career to remember. Yes, the designing is really fun and yes, working with flowers is an amazing thing. Yes, my job might be quite creative at times because I’m designing the bouquets, but if you are a junior at a florist you’re filling buckets of water, you’re conditioning flowers, you’re carrying heavy things, washing vases – there is a lot of that behind the scenes. There is early hours, long days, working on the weekends for weddings – there’s a lot of that to bear in mind.

What advice do you have for students thinking about becoming a florist?

To become a florist there are different ways. You either got to college or you get a job in a flower shop and they just train you. I went to university to study so I have a degree and two people who work with us didn’t go to college either. You don’t need to go to college to get the experience – you could just rock up in a flower shop if you’re hard working, prepared to put in effort and learn, then you could just be trained from there.

Some of the best florists I know are self-trained or trained on the job. Holly Chapple, who is a huge florist in America, also taught herself. I then also know some really great florists who went to college; I wouldn’t shut that down either as they teach a lot of technical stuff, which is very good.

As a business owner it must be great to see Mud grow from strength to strength. Any future plans?

We only opened in March and we’ve grown way faster than we predicated. We didn’t even think we would have added postcodes by now and we’ve already added maybe 15 to 20 postcodes through our delivery area. We are planning to add postcodes to that.

The next big, big step is franchising. We are hoping to open a franchise in Edinburgh – we have a lot of demand there – and then across the UK. We have had interest from lots of people because it’s a really good opportunity. You want to start up your own business in floristry but you’re not ready then a Mud franchise might be an exciting thing for someone to start their own business and feel supported by other people – always helpful when you’re starting your own business.

What are the pros and cons of running your own business?

The highs are that I can work as hard as I want and I can see the rewards from working really hard. I guess the con from that, what you need to remember is that it does take a lot of work, especially at the beginning.

I was working for a month on a computer planning, writing business plans, contacting people, and investing money, with no rewards for the first few months. I just had to keep going, believe in myself and thinking this was a good idea and I should pursue it. I think a lot of people will stop but I think if you believe in your idea, power through the months that can be difficult and then you’ll hopefully see the rewards when your business is up and running. 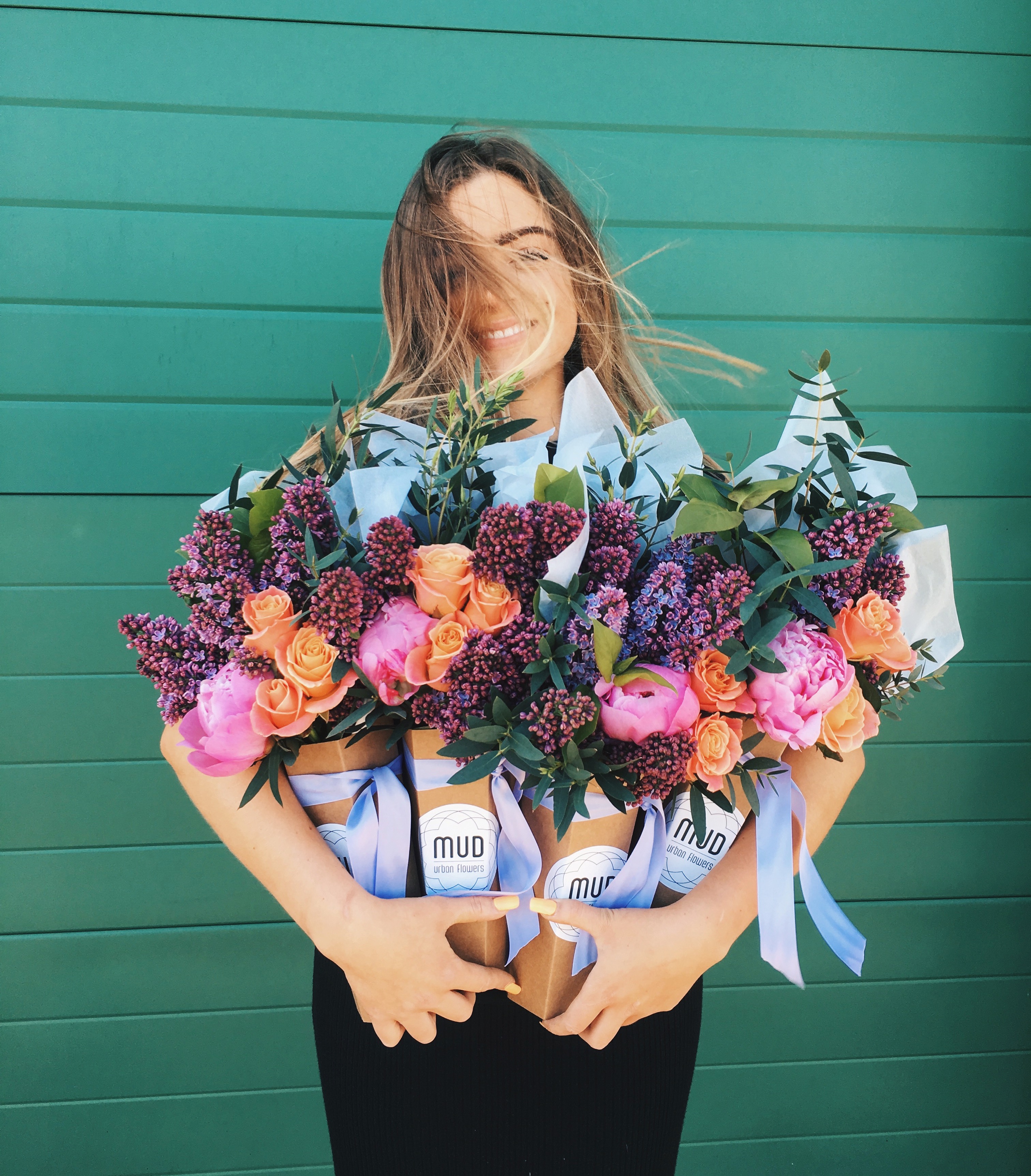 Find out more about Mud Urban Flowers at www.mud-urbanflowers.com