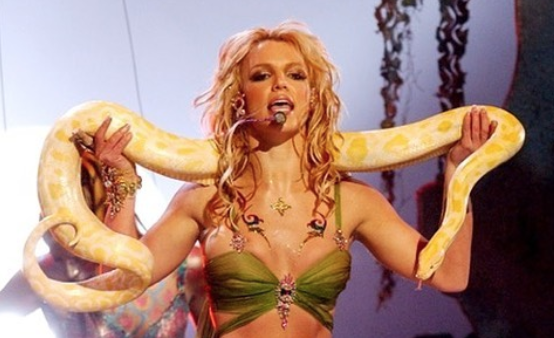 Britney Spears is performing in Glasgow this August! This is exactly the kind of news we need to brighten up a dark and miserable January. It’s been six long years since the Toxic singer has toured in the UK (although she did pop over the pond in 2016 for a one-off performance) and she’ll be performing her top hits in Glasgow’s SSE Hydro on Wednesday 22nd August for one-night only.

She’s spent the last four years in Las Vegas and she is finally bringing her Piece of Me tour to the UK for five dates. It’s about time, Britney – where you been?!

Whether your favourite Britney is the school girl with pigtails, the red pleather catsuit goddess or the impossibly tiny mini-skirt and abs of steel Britney – there’s only one princess of pop.

She kicks off her British tour by headlining at Brighton’s Pride – attagirl – where the Pet Shop Boys attracted 300,000 fans last year. We’re sure that the Baby One More Time and Work B**ch hit-maker will draw even larger crowds and wow them all.

The consummate performer, known for accessorising with boa snakes, and amazing costumes is then heading up north to Glasgow where we can catch her.

So if you missed the 36-year-old’s Las Vegas residency, then this is a must-see performance. The tickets go on pre-sale 24th January 2018 – buy them here.