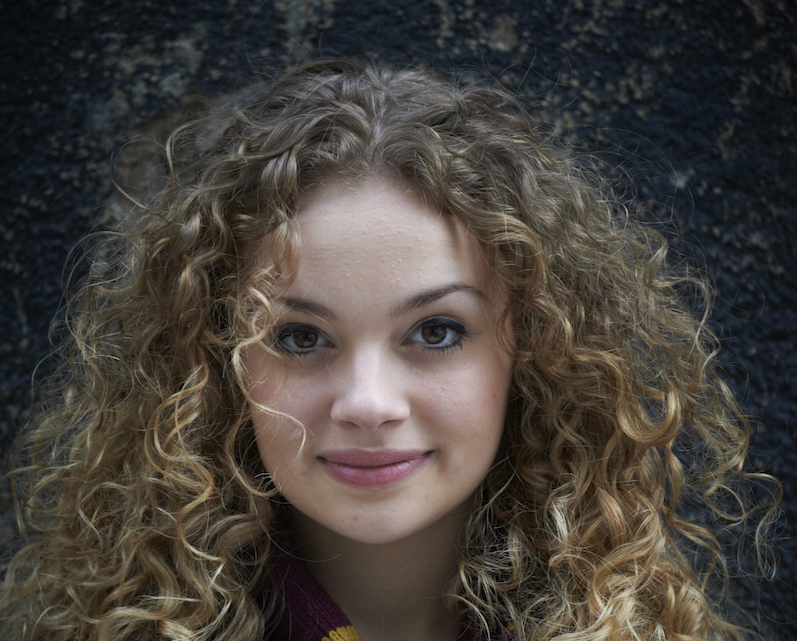 Juggling her book release, performing in Les Misérables in the West End and making YouTube videos for half a million fans, Carrie Hope Fletcher (little sister of Tom from McFly) is probably one of the busiest 22-year-olds out there. Carrie took some time out of her busy schedule to talk about her brilliant career so far

Congratulations on your new book – are you pleased with the reaction?

What’s the book all about?

It’s called All I Know Now, because it’s about everything I know now compared to when I was a teenager, when I thought I knew everything. I’ve learnt a lot, so it’s trying to pass that information on to people who are teenagers now.

How did the book come about?

It kind of started off with my YouTube channel. I started making advice videos  and when I’m speaking in front of a camera I’m very good at getting myself muddled and not thinking in coherent sentences. So I thought, ‘Why not start up a blog on Tumblr so I can write down my thoughts and put a lot more time into thinking about what I want to say and the best way to say it?’ Hannah Ferguson, my book agent, approached me and said she had been reading my blog and thought it should be put into a book.

As well as writing books, you’re on stage every night, you’re YouTubing, you’re making music – how do you fit it all in?

I don’t really, it kind of means having no spare time! But that’s how I like it because I get really restless. The whole book has been written on train journeys to and from London because I live about 40 minutes from central London. It used to be reading time, and then I began writing, so it became writing time.

What would you say was your big break career-wise?

I think it was Les Mis. I dreamed of playing Eponine for so many years. It’s incredible, I love playing her so much. So getting to play Eponine was kind of the big break.

What’s been your career highlight to date?

I won a What’s On Stage award for playing Eponine, which was amazing. It was the first ever big award that I’d won and I got very, very emotional.

All I Know Now is all about sharing your wisdom – so what is one piece of advice you’d give to Source readers?

The one piece of advice that I always give to people is be cheeky. It’s OK to go up to people and tell them who you are and what you want to do with your life because, chances are, they’ll remember you for that and they’ll keep you in mind.

All I Know Now: Wonderings and Reflections on Growing Up Gracefully by Carrie Hope Fletcher is out now, published by Sphere (RRP £12.99)