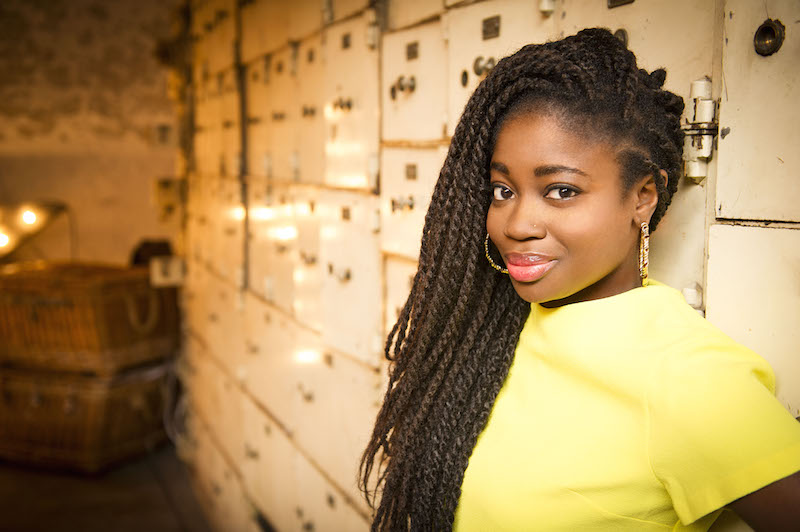 The Radio 1Xtra host and new presenter of Radio 1’s Official Chart shares her memories of her time at St Mary’s University, Twickenham

Why did you choose to study at St Mary’s University?

Because it was local! And I really liked the look of the course too – I studied media. It was a great place to study – nice and local, so I didn’t have to trek for ages to go and learn, I could just hop on the train and in 20 minutes I was there.

Why did you study media?

I have always been a media obsessive. Books, radio, film, TV, magazines, online – I’ve always been a bit of a sponge for it all. As well as being a consumer, I wanted to see how it worked – the mechanics behind the media as a machine. I found it fascinating, and it continues to fascinate me. Working in this industry, I learn something new every day.

What did you think of the course?

I really enjoyed it. I found it really informative. It’s where I fell in love with radio – that was one of the modules I studied. I got to learn about different ways of thinking that I might not have been privy to before too. I had some incredible teachers who were really inspiring.

Did you get involved in any student clubs?

We had a student radio station, but we didn’t really last very long! We had he student newspaper too, which I enjoyed. I just loved making stuff.

What’s your best memory from your student days?

Do you know what, I think my happiest memories were in class – doing stuff, making stuff, being hands-on. Making little radio documentaries, learning how to craft things. Understanding how things got made.

What did you see yourself doing after you graduated?

Working in the media industry, by hook or by crook. I’ve always been quite focused on that, but at the same time I believe in preparation meeting opportunity and things come to you when you’re ready for them. I always had a feeling I would work in the industry but I never had the arrogance to expect things to fall into my lap. I knew I had to work for it.

How much would you say your degree has helped your career?

It gave me a bit more focus as to what I want to do. When you study any type of degree, you’re getting a little bit of a taster as to what your professional life could potentially be. What I would say is that university is fantastic if you get the opportunity to go, but if you haven’t got a degree, you shouldn’t be discouraged. I’ve got friends who didn’t go to university who are doing fantastically well in their chosen careers – it’s different strokes for different folks really. For me, it’s about working hard and being focused, whatever your path.

Listen to the Official Chart, Sundays from 4pm on BBC Radio 1