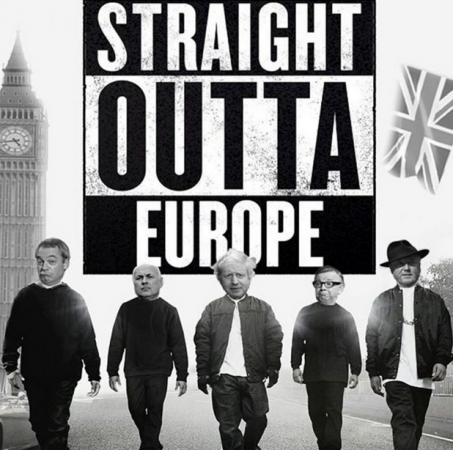 This morning it was announced that the British people have chosen to leave the European Union. In the last few hours we’ve set in motion our exit strategy (we’ll be out the EU officially in the next two years say those in the know, our PM has stepped down and Nicole Sturgeon has confirmed that a second Scottish referendum on independence is “highly likely”.

But for many, this isn’t the result they wanted. The dramatic results split the nation, with the Vote Leave scraping a win with only 52% of the vote.

Of course everyone has taken to Twitter to share their shock/joy/sadness at the results. Find out how your favourite celebs reacted to the life-changing news below.

The Edinburgh based author, who was very vocal in her support of the Better Together campaign during the Indy Ref, admitted this morning that she believed Scotland will now break away from the UK.

Scotland will seek independence now. Cameron's legacy will be breaking up two unions. Neither needed to happen. https://t.co/4MDj7pndcq

Meanwhile Piers Morgan, an big supporter of the Leave Campaign, agreed that Scottish Independence was likely.

Another passionate Brexit supporter, Katie Hopkin, congratulated Leave voters on being on the “right side of history”.

Today, a new dawn. And a brilliant, brave Great Britain. Congratulations to everyone on the RIGHT side of history #Leave #EURef

British star James Corden voiced his concern over the future, saying he was “sorry for the youth of Britain”.

I can't get my head around what's happening in Britain.I'm so sorry to the youth of Britain. I fear you've been let down today x

Lily Allen said she had been crying since the Swindon vote, backing a majority Leave vote, was announced.

I've been crying since Swindon, not even joking https://t.co/2jAA4PGtvs

As we heard the news that the pound had plummeted in value, signer Labrinth simply used the downward emoji and pound signs to show his dismay.

Lord Sugar admitted that although the vote may not affect his business or personal wealth,  he was worried what it would mean for the future generation.

Not for me . For you and the young generation. https://t.co/7FSgftevlX

Singer Boy George took a more lighthearted view and encouraged people to ‘mek the best of it’.

There's no use crying over spilt milk. We'll just ave to mek the best of it!

Overseas the response has been varied. American presenter Ryan Seacrest called the news “shocking” and one for “the history books”.

shocking news out of UK this morning. Definitely a day for the history books… #Brexit

Meanwhile Lindsay Lohan stay up all night to live Tweet the results. She even threw in a direct quote from Mean Girls for good measure. 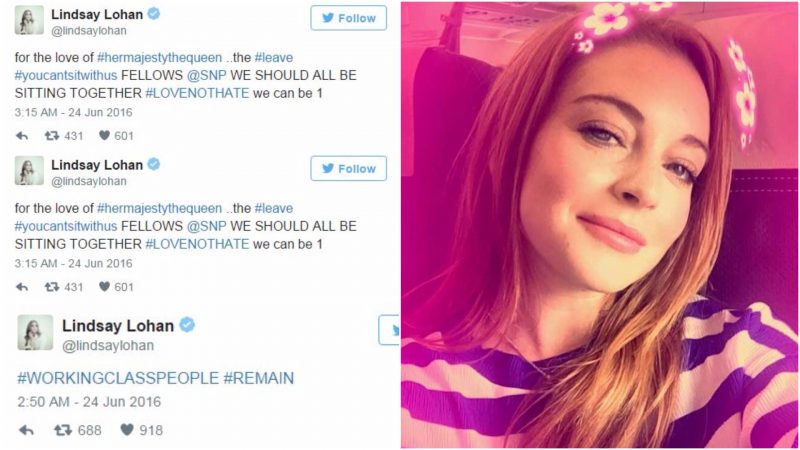 What are your thoughts on the results? Let is know over on Twitter.