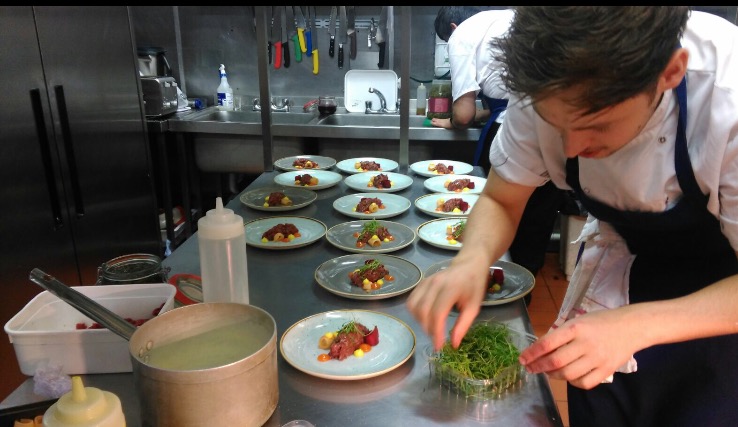 So how exactly did Stephen land such a great job at such a young age? Hard work, long hours and a love of fantastic food. We asked Stephen for his tips on training and his insider knowledge of life in a busy kitchen.

Q: Did you always want to be a chef?

From the age of about 17, yes. I left school with not much to look forward to, then found something I really enjoyed. When you find something you love and you seem to be good at it, it all starts to click into place.

At first I worked as a kitchen porter (a dish washer) when I was at school, where I got the chance to help with prep and service. To be honest, I didn’t like it at first. Later when I moved to a different restaurant I had a head chef that told me I could do it, that I could do well. That new self-belief pushed me on to learn more and work better. 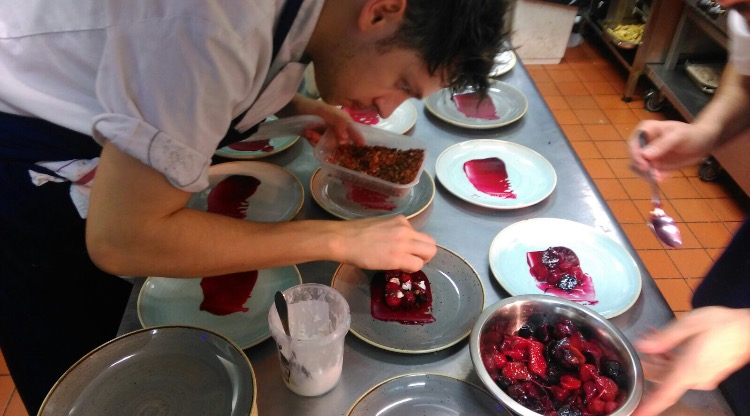 Q:What are the best part of being a chef?

The best part is the satisfaction that people are wanting to come and spend their hard-earned money to eat the food that you’re cooking. Being a chef really isn’t a job, it’s a lifestyle. You really have to love it to do it whole-heartedly.

The hours have to be a big factor. A standard week’s work for a chef is roughly 50-60 hours, but in some other kitchens it can be 70-80 hours. As much as you get used to the hours, it doesn’t get much easier. It’s the life we chose though, so we get on with it. 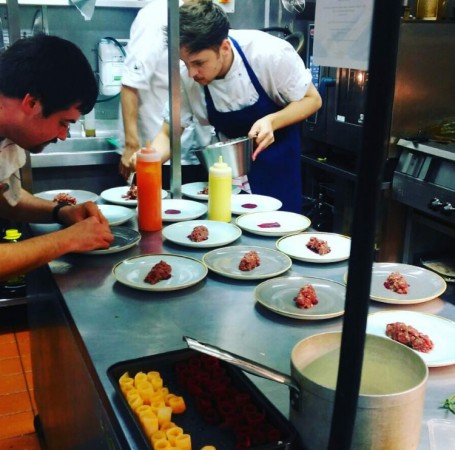 There can be shouting, slamming and arguing yes, but I think the majority of that Gordon Ramsay stuff is just for television. 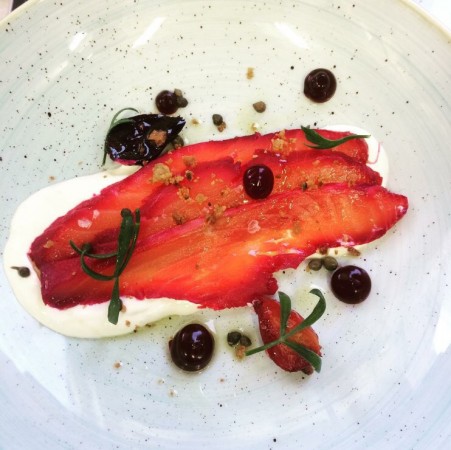 Q: What’s the training like, and what are the best ways to train?

Training can vary, some people go straight to a college, get a qualification then get a job from there. I personally went into a job, but did a day every two weeks on a release course doing a qualification, while working in the environment of an every day kitchen.

I think the way I did it was the best way, because you need to know how to deal with all kinds of situations in the kitchen – from someone phoning in sick and doing a 40 cover lunch with only one other chef, to having half your orders not show up and you have to change your menu to suit.

Q: What’s been your greatest achievement so far?

I’ve got a few – working in a tw0-Michelin star kitchen, all be it for only six months, is still something I’ll keep with me for the rest of my life. The other two are becoming a head chef at 22 and being asked to do a live TV appearance, which was very daunting but a fantastic experience.

Q: What do you hope to do in future?

I hope to either own or part-own a restaurant myself, working very closely with the owners at the Black Dove. They have given me an insight to the enjoyment of getting to make the final call in a restaurant and changing things for the better, as well as how to better the restaurant. That’s the sort of thing that I would love to be involved in. 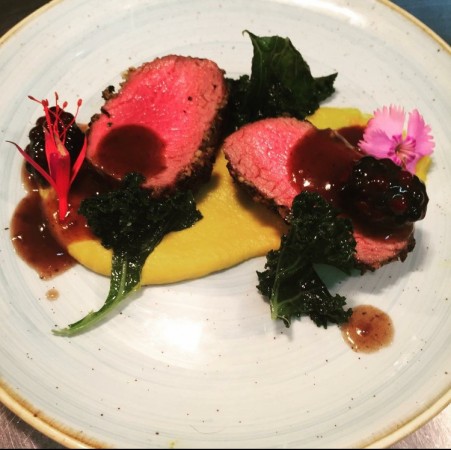 Black Dove is a restaurant in Shawlands, Glasgow. For more information on how to become a chef, visit : www.ucas.com