On Saturday (16 February) Chvrches had a homecoming gig at the SSE Hydro in Glasgow, we were there to witness the miracle.

We could argue that Glasgow is the best city for music in the UK, but we would be biased. The city has churned out some great bands over the years: Franz Ferdinand, Twin Atlantic and Deacon Blue to name a few.

Not many compare to the sassy emo vibes of Chvrches. For the eighth stop on their Love is Dead tour the band came home to Glasgow.

The tour has taken them across the US and Europe, now they’re ending things in the UK.

Kicking things off with Get Out, they took to the stage with Lauren wearing a yellow dress that we have been pining after since the tour started.

In true Scottish style fans were out to say welcome back to the band with the SSE Hydro almost reaching its 13,000 capacity.

While almost half of the setlist was made up of songs from their latest album fans got a taste of tracks from Every Eye Open and The Bones of What You Believe.

Before the encore Lauren revealed one of her darkest secrets. Despite being from Glasgow she had never tried Buckfast.

For those who don’t know the fortified wine, it is a delicacy of the city and pretty much a rite of passage for anyone who lives here. 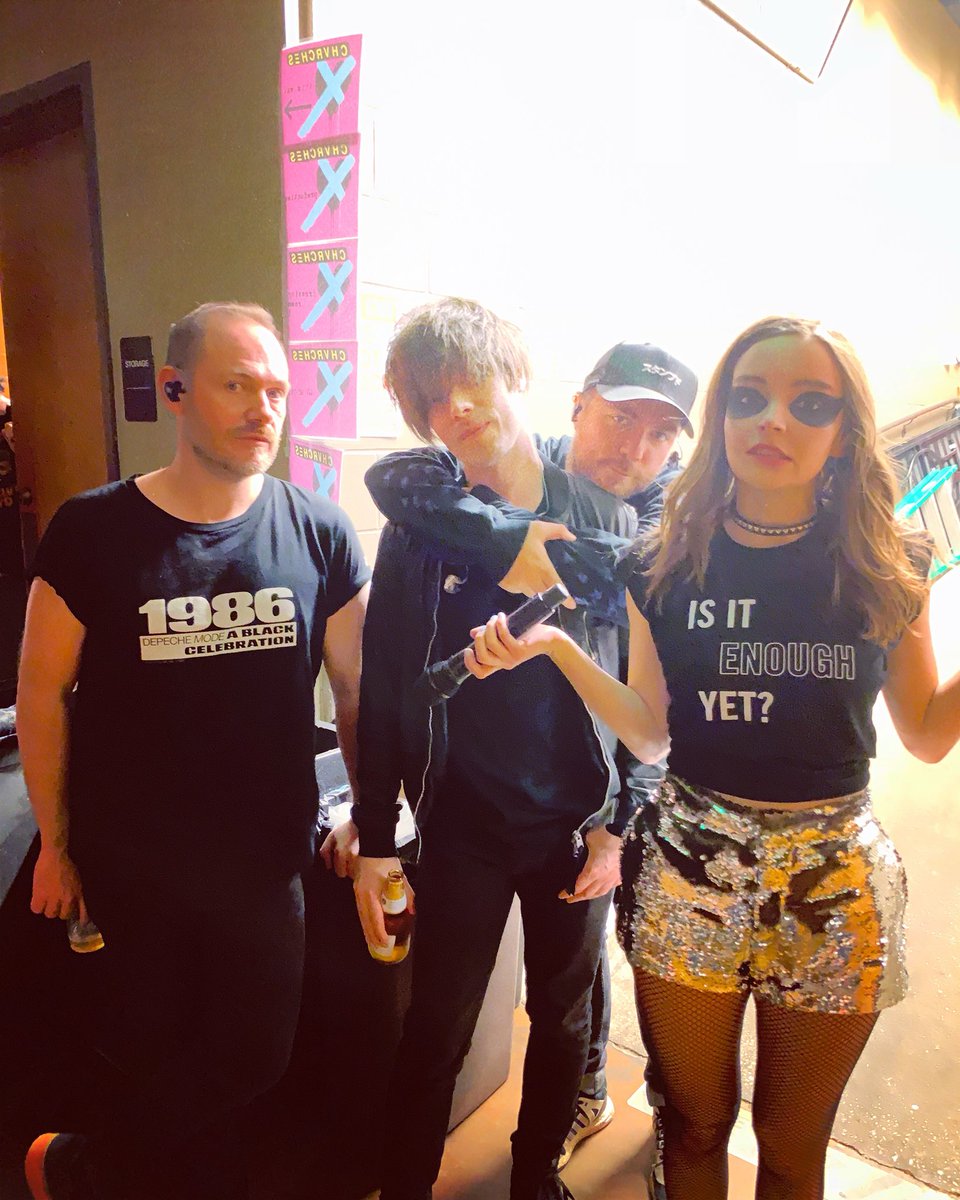 After taking her first sip she informed the crowd that it was potent, but would give it an eight of 10 and would try again, next time maybe not in front of thousands of Glaswegians.

Buckfast wasn’t the only Scottish tradition taking place. Halfway through the gig Lauren and Martin told the crowd they had been trying to take one tradition worldwide, but around the globe didn’t really get it.

Here we, here we… doesn’t have the same ring outside of their hometown of Glasgow.

Chvrches are already set to play Reading and Leeds, Coachella and Edinburgh Summer Sessions this festival season, but we’re keeping out fingers crossed for even more shows.

Are you following Source on Twitter and Instagram? Make sure you do for all the latest reviews.