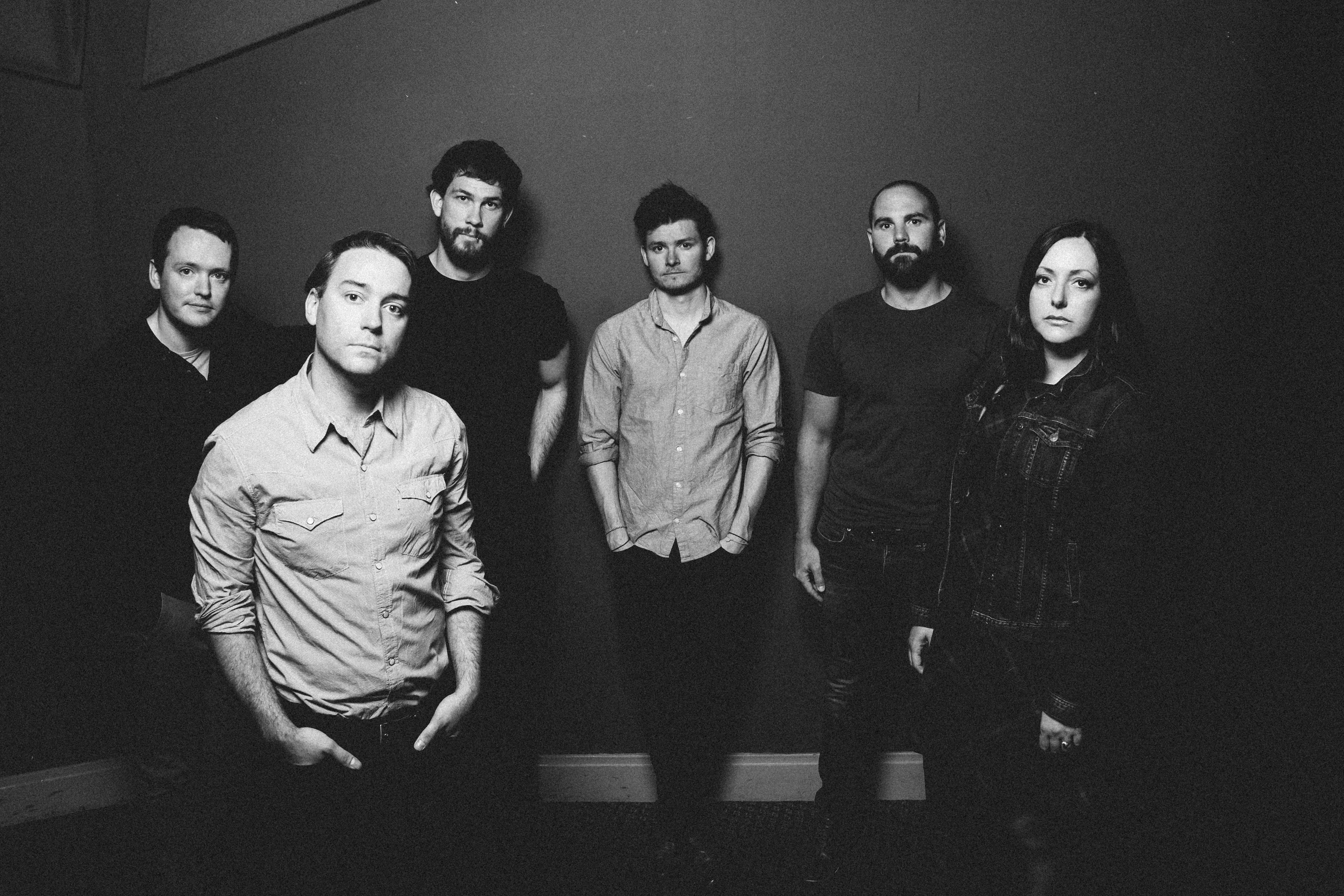 Five years after the release of their debut album, Scottish indie six-piece, Dante, are back with their sophomore album, I Wear Your Weight With Mine out on 9th March. The band received a lot of attention for their blend of indie rock and traditional folk, and with contributors Frightened Rabbit’s Andy Monghan, the band are on the cusp of something big with this second record. You heard that here first!

We caught up with Dante as they prepare for their album’s release and before they play a gig as part of Celtic Connections in Broadcast, Glasgow on 23rd January.

It’s been five years since the release of your first album, Wake. How similar or different did you find the creative process between that album and I Wear Your Weight with Mine?

The first record was a lot more isolated, in terms of the creative process – in fact, there was very little collaboration in terms of writing. I had everything mapped out, and I made almost all the decisions (in terms of writing, arrangement/parts). The band hadn’t really settled in terms of line-up; there’s probably about eight or nine people playing on Wake – two different drummers, even. Also, three sound engineers and two mixing engineers.

I am proud of that record, but it’s not the most consistent album in the world, sonically. Conversely, IWYWWM is much more centred. The band line-up is completely settled. We wrote a lot together, we had one producer/mixing engineer (Andy Monaghan), it was all recorded in one studio (Slate Room), and mastered in LA by Howie Weinberg. It’s a lot more consistent in terms of writing, and sonically a lot more interesting. 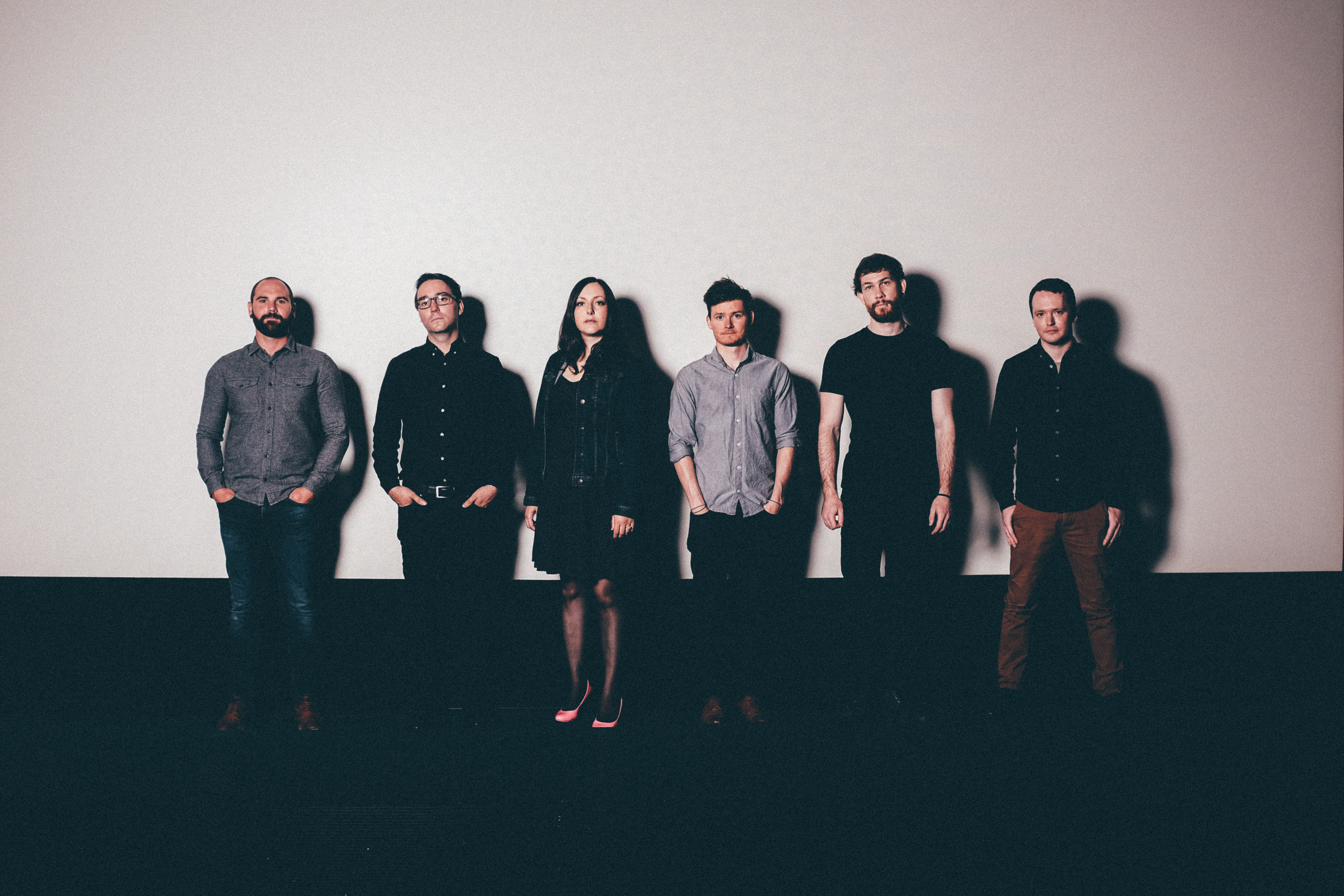 Musicians often talk about second album anxiety. Did you feel any pressure on following up the success of your first album?

Not really, to be honest. Mostly just excited; I feel this is our best work so far. The first record did better than I expected, so it afforded us certain financial freedoms that I didn’t have on the first EP (Monochrome) or Wake, both of which were 80% recorded in living rooms.

I think the sophomore problem only really applies if you’ve released Never Mind the Bollocks, Unknown Pleasures, Funeral, Definitely Maybe, Music from Big Pink, Is This It, or whatever. These records catapulted the bands into superstardom and Wake certainly didn’t do that. So, we definitely don’t feel any pressure; just a desire to keep improving as a band and as songwriters.

I’m very happy being in a slow burning band, but I think IWYWWM will surprise those who give it time. We’re very proud of it.

How does the second album differ from the first? With the new single, Rose, it seems like the band has developed lyrically and sonically; is it fair to say that about the rest of the album?

Yes, definitely. I’m happier with these songs than anything I’ve written previously, and Andy [Monaghan] was very inspiring and encouraging when it came to pushing the boat out sonically. There’s a lot more of what Garry at Slate Room Studio calls “ear-candy” – you should find sounds, noises, melodies and instruments that pop out on repeated listens. As far as I’m aware it was a bit of bastard to mix. Andy did a great job.

How was working with Andy Monaghan of Frightened Rabbit fame?

Great – as I say, very supportive and inspiring. We worked with Andy (as producer) and Garry Boyle (as recording engineer) for the whole project, and could not have wished for a better team. They’re both so laid back – very relaxing people to be around, which I think is hugely important for creative decisions.

What are some of the musical influences on this album?

Hard to pin down – we all really liked Andy’s work on the Owl John record (a Frightened Rabbit side project), so we wanted a similar vibe to some of the tracks. We played around with looping drums and heavily processed the string instruments in places. We had running jokes like “What would Radiohead do for the end of this song?” and “The sweet spot between Meatloaf and Nick Cave”, but we never fired up a song in the studio and started working towards a similar sound. I’ve heard this can be quite common. 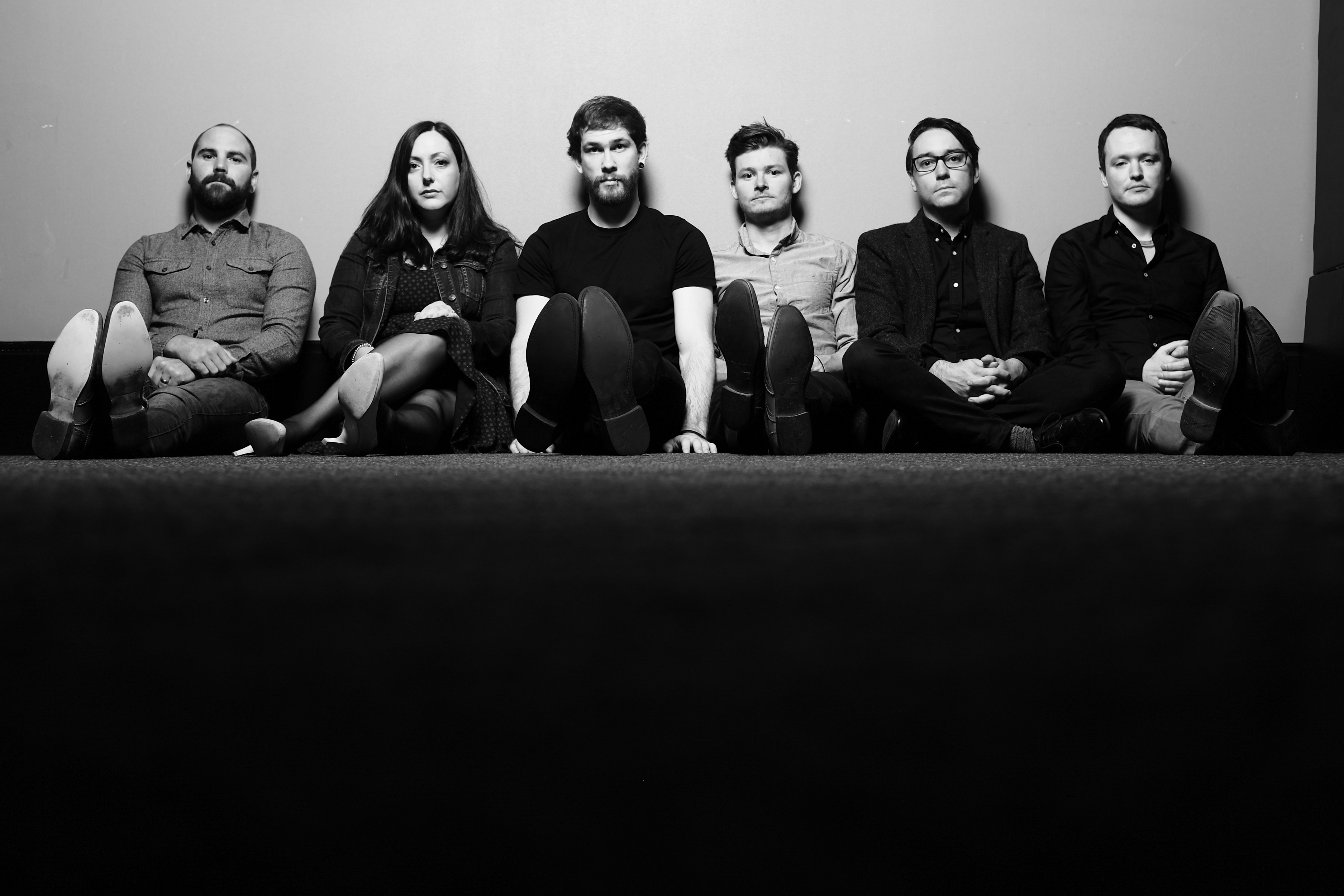 Art often has a tricky relationship with politics. How do you see that relationship, and do you ever feel a pressure to comment on what’s going on socially and politically in the world?

I don’t think artists have an obligation to engage with politics. I also think it’s crazy that musicians are often revered as authorities on such things – like buying a fender telecaster and writing some songs instantly makes you some kind of notable political analyst. So no, I don’t ever feel that pressure. If asked, I’m happy to give my personal opinion, but this doesn’t necessarily represent the views of all six members of the band. Truth be told, we’re all pretty left-wing, but when issues become more complex than the transferal of basic human compassion into political views, we often disagree. This happened during the Scottish referendum on independence, for example, and I think that’s healthy.

Do you think the music scene in Scotland has changed since you first started as a band?

I think that’s the nature of scenes, really. At the moment, a lot of folk are getting into that ’60s pop reverb-soaked thing, which is cool, but maybe everyone will be playing the bouzouki by September 2018.

On a more boring note, it seems there’s additional work being done on the infrastructure. A lot more wee festivals, agents, labels… that type of thing, all talking to each other. I also think the resurgence in vinyl will help to inject a wee bit of cash into bands and independent labels. The effects of this should be really positive, and it’ll be interesting to watch the effects.

Any touring plans for this year?

We do indeed have plans. Some cool shows have been confirmed, but we can’t announce much yet, I’m afraid. We’re definitely going to be playing a lot more in 2018, and are looking forward to getting further afield. Next two shows are Broadcast in Glasgow on 23rd January, and Sneaky Pete’s in Edinburgh on 23rd February. We’ll have some more gig news to announce after that.

Dante are playing Broadcast in Glasgow on 23rd January as part of Celtic Connections and Sneaky Pete’s in Edinburgh on 23rd February.