Get Happier with Bastille and Source as Kyle Simmons chats new album, touring, and mystery 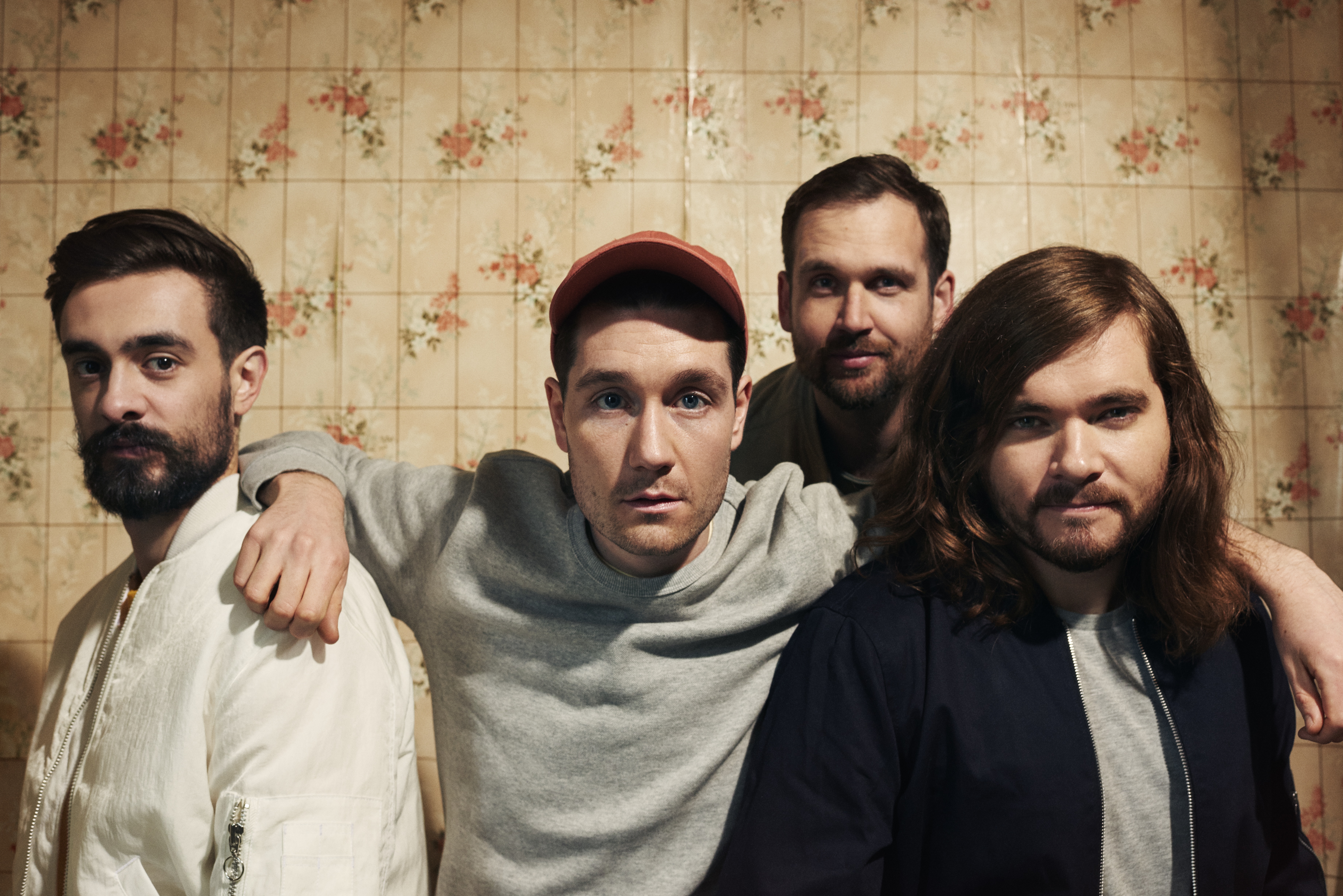 As the grainy CCTV footage swept across social media channels, the buzz around Bastille’s third album mounted. What do the cryptic messages mean? Is the quartet set to return with an almighty roar? Why has there been no confirmation from the band? Lorne Gillies chatted to keyboardist Kyle Simmons for a glimpse into the brilliant minds behind Bastille.

Working tirelessly to release music that transcends the threshold of pop whilst despairing at the state of the world, Bastille offers a unique flare to melancholy music. The band’s sophomore album, Wild World, released in 2016, delved into grief, loss, and denial with a twist of electronic pop that we’ve grown to expect from the quartet.

Cryptic messages accompanied each release: Bastille is now the king of mystery with album number three. Fans have been bewildered and confused whilst pouring over content posted with each theory wilder than the next. This is promotion at its finest – forget Beyoncé’s Lemonade. One fan summed up the atmosphere on Bastille’s Instagram account: “I’m confused, but I love it.”

But why all the confusion?

“Quarter Past Midnight is a taste of what’s to come. The secrecy around the album is there for a reason: we don’t want to give too much away because we want it to be a surprise when it comes out,” enthuses Kyle Simmons, who plays keyboard, percussion, with a dash of the smoothest backing vocals in the industry.

At the moment, Bastille holds all the power when it comes to Doom Days, and they’re not letting anything slip through the cracks.

“I think we’ve managed to stir enough people, and in the right way, to get them excited about the album,” adds Kyle. “We are so excited to have the album out as well. It’s something that we’ve been working on for so long now and we’ve been itching to get it out.”

Dubbing Doom Days an ‘apocalyptic party record,’ the band seems to be revelling in the secrecy that surrounds the release. If fi rst single Quarter Past is certain: Bastille’s signature sound stands strong in the release.

Kyle adds: “I guess it’s difficult to try Midnight is anything to go by, one thing and keep what it is that makes us Bastille, but also evolve and develop enough that we’re not just repeating the same thing over and over again. I think this album might have more of a positive vibe. We haven’t been actively looking for different music to listen to, it’s just a development on what we were doing before because we don’t want to lose that element that makes it Bastille.”

Infectious choruses, thought provoking yet catchy lyrics: Bastille is still worth the hype. Especially after dropping the latest single, Happier (featuring dance producer, Marshmello), it’s the dawning of a new day for the band; and the anticipation for Doom Days is continually building.

It has been nearly seven years since Bastille – made up of Dan Smith (vocals), Will Farquarson (guitar), Chris ‘Woody’ Wood (drums), and Kyle – rocketed into the mainstream with mystical, Twin Peaks style tunes. It only took one song to propel Bastille to the main stages of festivals, headline tours and worldwide success. Laura Palmer would be proud.

“Pompeii was a song that allowed us to travel the world and get out there and do this properly as a living,” Kyle explains nostalgically. Since the release of debut album Bad Blood, Bastille has touched on topics many of us fear or worry about. Especially sophomore release Wild World, which subtly cast a spotlight on the wild world we currently inhabit.

Kyle adds: “You try not to be preachy to your listeners, but also it’s what we were going through and thinking about. All of a sudden, Dan’s writing songs about certain awful people because that’s clearly what was on his mind.” The negativity is gone in Doom Days as Bastille rise from the ashes of Wild World to celebrate life – regardless of current political events.

The importance of music is not lost on Bastille, especially after experiencing a terror attack scare.

“It was such an awful time, such a difficult time. It’s finding the line of being respectful, but also showing that these people shouldn’t be allowed to spread terror and keep people indoors and not feel safe,” remembers Kyle. “That’s what music is there for: to bring people together not push people apart.”

Months after the fatal attack on the Bataclan venue in Paris, the Rock am Ring festival in Germany was evacuated after a terror threat. Bastille was set to perform at the event and didn’t let the threat dampen the band’s spirits. The quartet took several months off before uniting again to share music with the world. This time, the world is not wild (hypothetically speaking), but instead, it’s ready to dance, celebrate and appreciate the beauty of life.

Having stormed Edinburgh to headline the Summer Sessions set, Bastille once again cemented its status as a band that know how to entertain. “People love the songs we put out ages ago and have been there for so long, but also we’re able to produce new music and still get that same connection and same feeling towards that, it’s cool. That’s why we do it,” Kyle concludes.

Had an amazing run of festivals this weekend, thanks so much to everyone who came to see us as @szigetofficial or @summer_well_festival – you lot were unbelievable

The songs being released at present are by far the best. Stopping for air after a whirlwind ride since the release of Bad Blood, it was the break that allowed Dan (who writes and produces all the band’s music) to take heed of the journey the group has made. Just a short break has  seen Bastille rise to a new level thanks to the exquisite execution of Doom Days.

We’ve grown accustomed to the ambiguous nature of Bastille, but it’s one of the reasons the band is so adored. One thing’s for sure: we’ll all be a lot Happier with Doom Days playing.