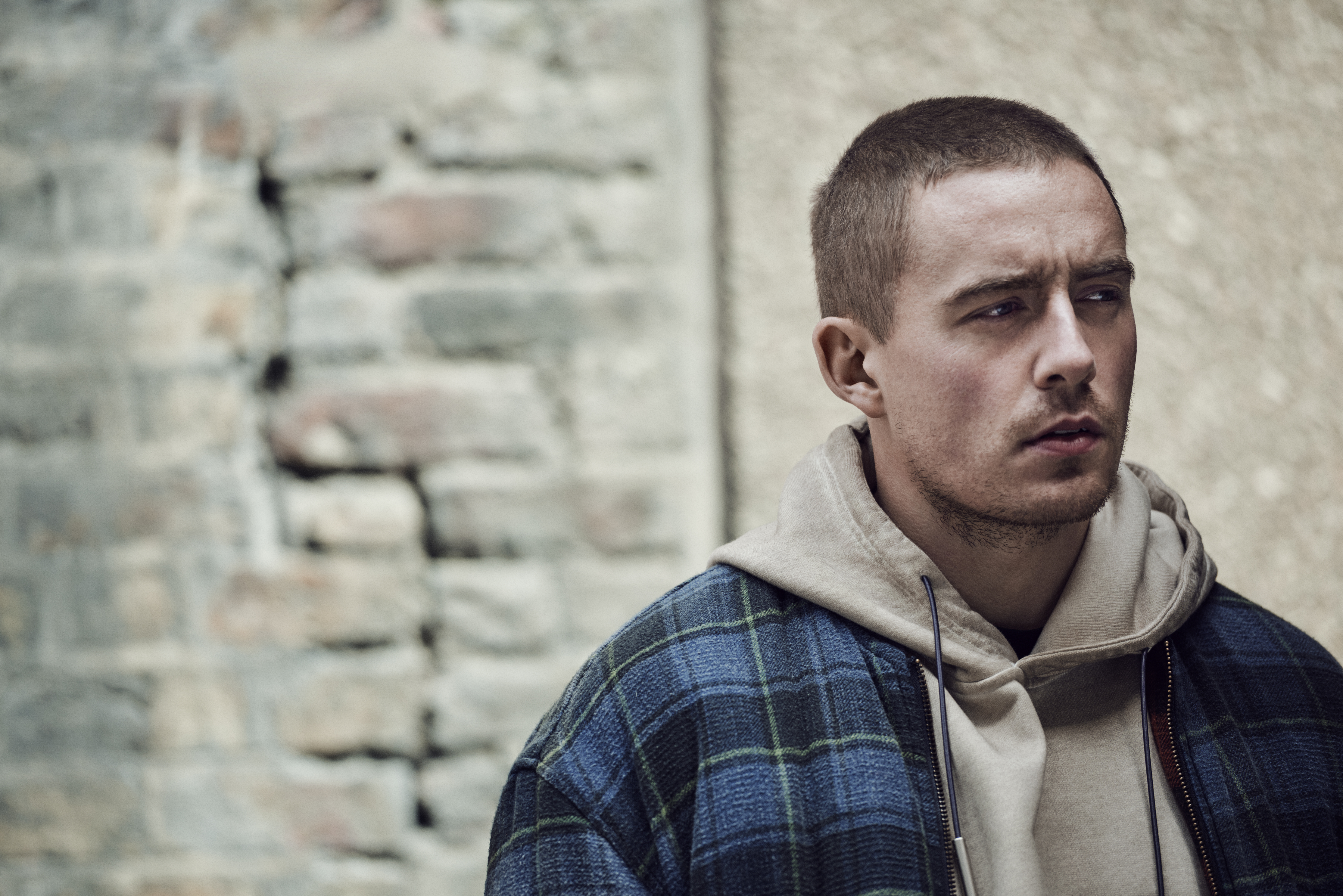 Singing in private, to busking in Dublin’s musical epicentre, to selling out tours worldwide, Dermot Kennedy has a hold on music. Lorne Gillies discovered the power behind Dermot’s rise to glory.

Speraking in the golden state, Dermot Kennedy is in a hotel in San Francisco for our interview. At the time he was performing to sold out crowds across Canada and America, prior to coming across the pond to take the UK by storm with his hip hop infused, soulful tracks.

At the start of 2019, Dermot was selling out 5,000-capacity venues without having a single featured in the UK charts, four sold-out nights at Dublin’s Olympia Theatre, not to mention performing a home-town festival to 50,000 people in Dublin.

The @brits was a beautiful night. Thank you @dior for the fit. Special mention to @santandave for such an inspiring performance and for setting the bar so high. So much honesty and passion and truth in his work.

Fast forward a year, Dermot is a BRIT nominated artist, set to perform on the main stage of Scotland’s biggest festival, TRNSMT, and a sold-out world tour under his belt and upcoming UK tour (also sold-out, so we hope you got your tickets).

Who would have thought this success would have been becoming of a singer who would do so in private?

“I didn’t want anyone to see me doing it,” remembers Dermot. “If anyone was to listen to me they had to stand outside the door, classic; but, I loved doing it and singing songs. From there I got my own guitar and I started writing music, playing open mics in Dublin and it all went from there.”

And, for Dermot, the atmosphere performing at open mic nights was a place where he could hone in on his craft. “It felt like there was a crowd that was open and excited about young music and young songwriters – it was a really welcoming environment, so that made it easy to get excited about playing to people,” Dermot continues.

Before long, videos of Dermot performing in Dublin’s Grafton Street – a propeller for many talented as-of-yet undiscovered musicians – were uploaded. Performing his own tracks to singing notable covers to locals and tourists alike, this was Dermot’s education of singing to a wider audience.

Dermot emphasises: “It was the perfect education as a musician. I remember Glen Hansard said the bottom of the rung was the best place to start to figure it out and learn. I learned how to play to people, how to sing, everything.”

With the release of Dermot’s debut album, Without Fear (October 2019) it wasn’t long before festival stages and award nominations followed suit. Power Over Me and Outnumbered are just two crowd pleasers where fans are resonating with Dermot’s lyrics. “It’s beautiful, I’ve met a few people who have had the lyrics tattooed or tattoos related to the lyrics – it’s a bit surreal,” he adds.

Without Fear is yours now. Take care of it for me. I really really hope you enjoy it. Thank you so much X https://t.co/fs60ZmZIRl pic.twitter.com/7EAo4S0zsL

The surreal rise to success escalated chance upload of songs to Spotify saw Dermot featured as one of the top songs by Discover Weekly – the automatic playlist created by the creative heads at Spotify.

One of the songs featured, An Evening I Will Not Forget, just so happens to be Dermot’s favourite. “For me, it’s my favourite song lyrically and I always wanted to write a song that built in intensity and into a crescendo at the end – I always wanted that,” he enthuses.

With an emotive, powerful voice, lyrics that are relatable and transcendent across genres, it can come as a surprise that Dermot takes a lot of inspiration from one genre specifically: hip hop.

“I looked to songs like One Mic from Nas and the way that grows, and grows,” continues Dermot. “I love the fact that it takes all my influences, such as my singer songwriter influences and my hip hop influences and they can live together in that song.

“It is such an exciting genre to me; hip hop, when it’s the hip hop I like – including Stormzy – that to me is just pure honesty; all their truth lies just in the music, there is no gimmicks around that – it’s all in the songs, and I love  listening to them tell their stories, it has definitely influenced me as a strong writer,” Dermot enthuses.

And, it’s no secret how much Stormzy appreciates singer songwriters, could we see a collaboration on the cards?

“I would love to collab with Stormzy, oh please,” enthuses Dermot. “I would love that. I would give anything to be in that studio.”

Moving from the studio to the stage, with no gimmicks in his music, it’s the same during a live performance – with Dermot emphasising his shows are unlike the usual songwriter setup.

“There’s definitely thrills,” Dermot teases. “I really want to be ambitious with the productions of my live shows and I think that’s very important. I spend so much time writing these songs and constructing these images in my own head – I want that to be displayed on stage, too.

“There’s four of us on stage, with lots of video, the lights are amazing and it does go beyond the usual singer songwriter show,” he adds.

There is more to Dermot Kennedy than first meets the eye – he has worked tirelessly to get to where he is now, eloquently mixing his influences into all aspects of his music.

Dermot’s honest and personal style of writing has seen his star rising, and with great success to date, who knows what we’ll be saying after album number two; staying creative and visiting the studio in LA, Dermot promises that album number two is on the cards. For now, in three words, how would Dermot describe himself?

“I would say: Songwriter who loves hip hop. I know that’s about five words, but it’s as good as I’ve got,” he laughs.

Now, it’s onto the next sold out venue – we’ll see you there.

As people are probably expecting, due to the Coronavirus my upcoming U.K. and Australian tours will now be rescheduled. New dates will be coming soon. Your original tickets will remain valid for the new dates. pic.twitter.com/i3YyGnZaSP

Due to Coronavirus, Dermot’s Glasgow dates are currently postponed. Keep an eye on his social media for new dates, where original tickets will be valid.

Keep up to date with all the latest interviews from your favourite celebs over on Twitter and Instagram.