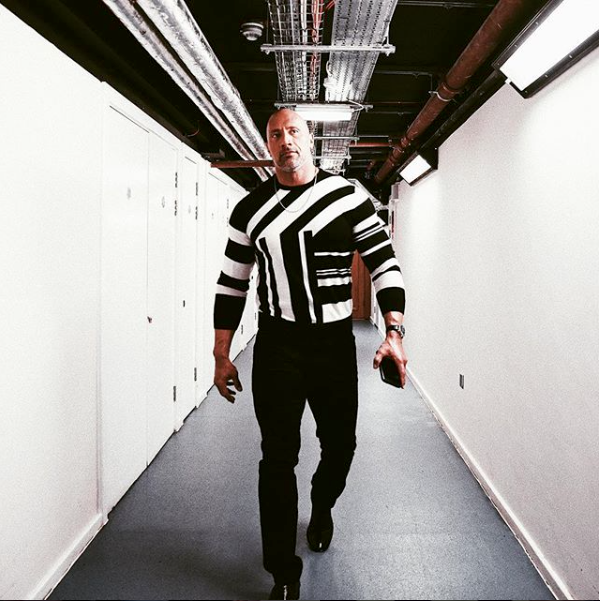 Dwayne ‘The Rock’ Johnson is encouraging the discussion for male mental health.

Probably one of the most iconic male celebrities of our time, you would think nothing could faze Dwayne ‘The Rock’ Johnson. He literally has rock in his name. But the face of WWE and Jumanji: Welcome to the Jungle has been opening up about his secret battle with depression.

Responding to a fan who recently opened up about their battle with depression, The Rock commented: “I hear you. I’ve battled that beast more than once.” A simple gesture has turned into a whirlwind of support for the former wrestling champion who is, unwittingly, doing a great justice for male mental health.

Hey man I get it. We all go thru the sludge and shit. Stay strong and make sure you’re talking to good people about it. Us men have a tendency to hold it in. No shame in getting help and wanting to be better.

An issue that still needs lots of awareness and support.

Dwayne has been around mental health issues since he was a young man living in Nashville. Seeing his mother living with depression and suicidal tendencies partnered with personal pitfalls in his career and love life, Johnson began to feel depressed.

Revealing that he reached a point of not wanting to go anywhere, do anything and was constantly crying, Johnson has since moved away from the dark cloud.

Depression is still, unfortunately, an illness that is misjudged and misunderstood. This is why famous faces like Johnson revealing their experiences is so refreshing. After all, depression does not discriminate.

Fans worldwide have since shown their love and support for the actor. Speaking with Newsbeat during the premier of his new film, Rampage, The Rock said: “It was really overwhelming and thousands of people responded. It all started when I helped a man [a fan who was fighting his own battle with depression]. I said, ‘Hey, you’re not alone, we all go through it’.

Got tons of responses to this. Thank you. We all go thru the sludge/shit and depression never discriminates. Took me a long time to realize it but the key is to not be afraid to open up. Especially us dudes have a tendency to keep it in. You’re not alone

“One of the most important things that I know helped me with the multiple times that I had gone through my own episodes of depression, was making sure that I was talking to people.

“We as men have a tendency to hold all that in which is not healthy, it’s not good. Depression doesn’t discriminate so if my past can help then I’m happy to share.”

Some may still think speaking about mental health conditions is taboo. If The Rock can do it, you can to. Remember, it’s OK not to be OK.

Looking for help and advice? Speak openly and confidentially with Samaritans on 116 123