What do U2, JK Rowling and Tim Burton all have in common?

Rejection, of course! They may be among the world’s most talented, successful and famous individuals, but they aren’t immune to having their dreams brutally crushed by total strangers.

Thankfully, now that they spend their free time swimming in their own money, these celebrity near-failures can share their heartbreaking rejection letters with the internet — to teach us never to give up, no matter how many people suggest we should.

Let’s start with billionaire author JK Rowling, shall we? Not content with creating the Harry Potter universe, JK invented pseudonym Robert Galbraith to write mystery “The Cuckoo’s Calling” and began pitching it to publishers.

But without the backing of her previous success, Ms Rowling was having doors closed in her face left, right and centre. She shared some of her rejection letters with the internet, one of which suggested she attend a writing class….ouch.

By popular request, 2 of @RGalbrath's rejection letters! (For inspiration, not revenge, so I've removed signatures.) pic.twitter.com/vVoc0x6r8W

They might not be everyone’s musical cup of tea, but there’s no denying U2 are MASSIVE.

And yet, they too felt the blow of rejection when they were starting out. See the below letter from RSO, who must be kicking themselves. 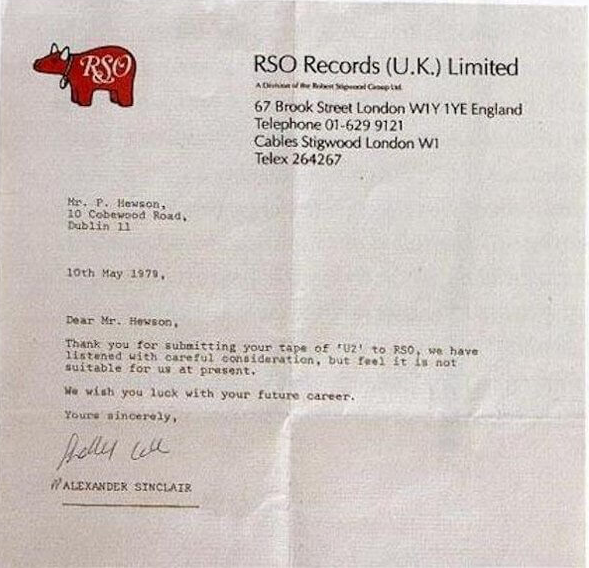 The Nightmare Before Success

He’s responsible for Hollywood hits Edward Scissorhands, Beetlejuice and the Nightmare Before Christmas, but back in the day, director and filmmaker Tim Burton got a knock back from Disney.

One of the kinder rejection letters, the Disney rejection gave young Tim constructive feedback before he went on to make his millions. 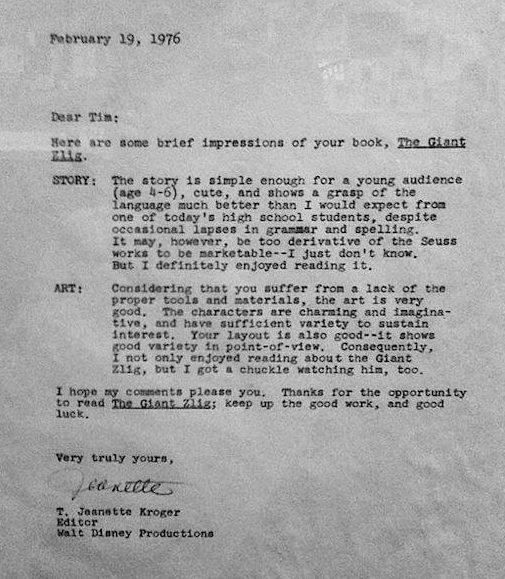 Not Mad for Madonna

Madonna is of the most controversial and successful pop artists in the world, ever, but there was a time when she was considered ‘not ready yet’ and rejected by labels.

Even the mighty Madge isn’t invincible to rejection! 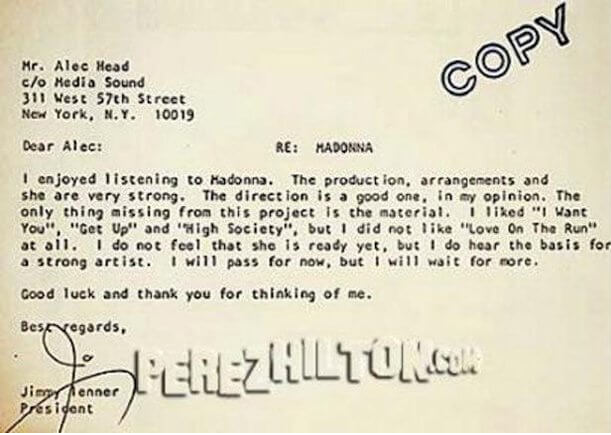 He’s one of the most famous artists of the 20th century, responsible for Pop Art, but when Andy Warhol gifted a drawing to New York’s Museum of Modern Art, they didn’t even both sending it back – they made him come and collect it. 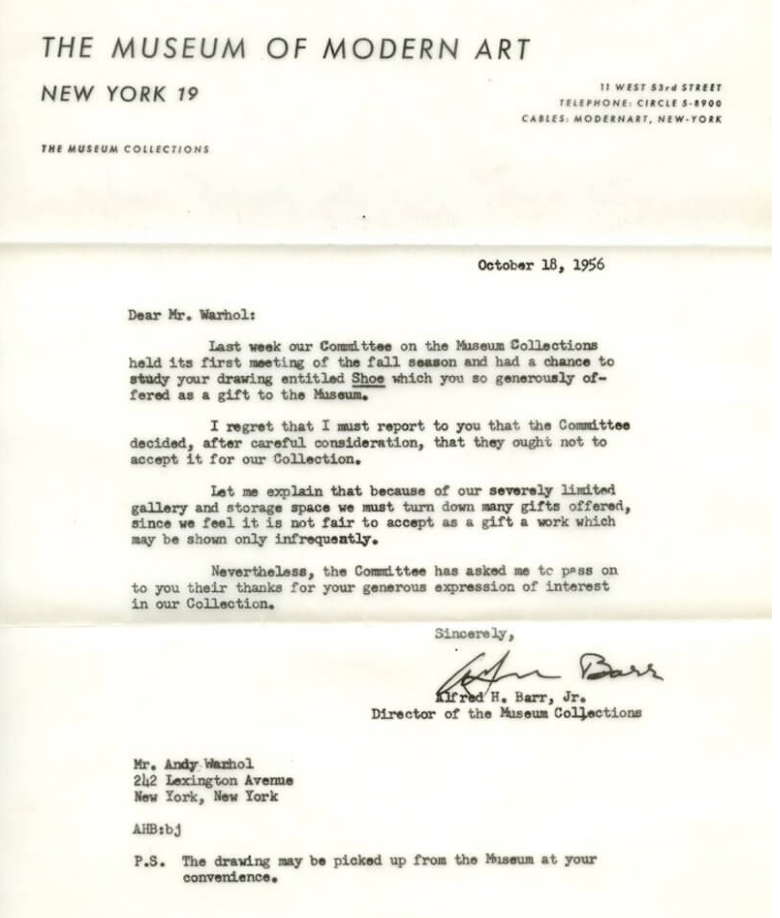 So next time you get a knock back – don’t worry, and don’t give up! Just look at all the incredibly successful people who bounced back from their rejection and made it big.