Hard Rock Cafe Glasgow is shining a light on local talent as it announces the finalists for its Battle of the Bands competition.

Can we get a round of applause?!

Chris Greig and the Merchants

…are the lucky four bands competing in the Glasgow heat on April 5th!

On Friday 5 April four Glasgow bands will compete at Hard Rock Cafe Glasgow for the chance to win an all expenses paid trip to New York and $15,000 prize money – pretty sweet.

The winners will also get the opportunity to perform for leading music industry executives at Hard Rock Cafe New York.

The performances are part of the restaurant brand’s Battle of the Bands competition, a global search for aspiring artists. 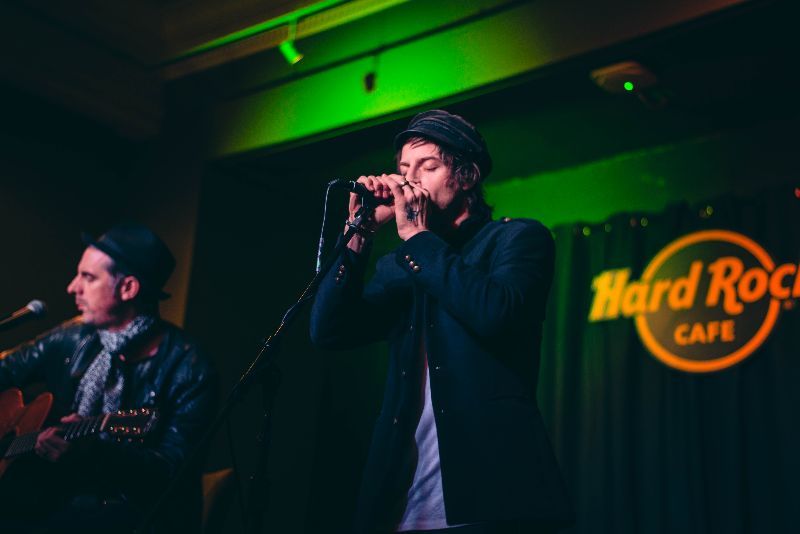 Three Glasgow bands, The Asuras, Sara ‘N’ Junbug, Chris Greig and The Merchants, were selected by the local team from the submissions round and are gearing up for round two. One more Scottish band is still to be announced.

Fans, or Glaswegians looking to discover their new favourite band, are invited to attend the free live performance on 5 April.

The event will be hosted by DJ, radio host and columnist Jim Gellatly, and the judging panel will feature The View’s Kieran Webster, Heart Radio presenter Lynne Hoggan and musician Morgan Woods.

We are so excited to let you guys know that we have been shortlisted for the @HardRock Battle of the Bands Competition Glasgow Final!

It takes place on FRIDAY 5TH APRIL and is completely FREE!

You must register here: https://t.co/Y59rtNZz7W

Regional live music rounds will be held in cities around the world including Nashville, Seattle, Sydney and Moscow. After all 24 performances have taken place, the judges will narrow the competition down to two groups per market.

Fans from around the world will then be able to vote for their favourite artists after watching their online submissions. The top three bands will receive an all-expenses paid trip to New York City to perform at Hard Rock Cafe New York and the prize money.

The battle is shining a light on undiscovered talent in the music industry by introducing them to leading music industry executives and Hard Rock’s global audience.

Who will you be rooting for in the fan vote? Get your free ticket here.

Are you following Source on Twitter and Instagram, make sure you do for all the latest music news.