Sunday 21 June is Father’s Day, that time of year when we remember – usually with an amusing card and a CD compilation entitled something like “Rockin’ Dad Anthems” – our dad’s role in our lives. Regardless of your own set-up with your father, have a look at some of the top celebrity fathers that we wish we’d had growing up. 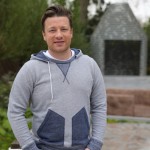 The Essex chef, whose four children (Poppy Honey Rosie, Daisy Boo Pamela, Petal Blossom Rainbow and Buddy Bear Maurice) may not thank him and his wife Jools for their names, they have much to be grateful for food-wise. On top of being an excellent cook, Jamie has been on a mission to improve children’s diets across UK schools. We’d love to have this down-to-earth dad cook us his ‘pukka’ food and teach us his culinary skills before we – reluctantly – left home for university. 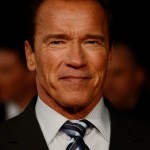 Despite being 67 now, former Mr Universe Arnie would make for a brilliant, protective father with his mighty muscles, steely stare and that voice. And it’s not just brawn that The Terminator actor possesses, but brains too. The father of model and actor Patrick Schwarzenegger and author Katherine has written books on bodybuilding and also served twice as the Governor of California. 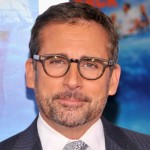 One of the funniest comedy actors out there, Steve is the father of Elizabeth and John Carell. In an interview, the Anchorman actor said that having children was “by far the most important and best thing” that he and his wife Nancy decided to do. His bumbling, embarrassing-but-loveable role as a widower and single parent in Dan In Real Life made us see Steve pretty much as our dream dad, making us wish we had him to bring breakfast in bed to this Sunday. (We’d go all-American of course. Pancakes. Bacon. The works.) 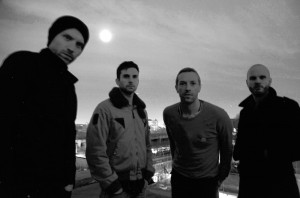 Having Coldplay’s lead singer as your father would come with many benefits growing up. As a baby, he would pick out beautifully played lullabies on his grand piano, as well as writing his own just for you, and when you’d be learning instruments at school, you would rock-out together at home. Although we don’t know what life is exactly like for Apple Blythe Alison and Moses Bruce Anthony, we can imagine it would be pretty epic, even if you have been named after a type of fruit and a Biblical character. 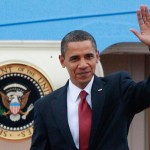 Possibly one of the coolest presidents the United States of America has ever had, Obama’s daughters Sasha and Malia will one day tell their children how their grandfather not only was the first black president of the US, but that he sang part of an Al Green song during one of speeches AND was part of the operation that killed the FBI’s most wanted terrorist, Osama Bin Laden. Can you imagine boasting to your pals about that?