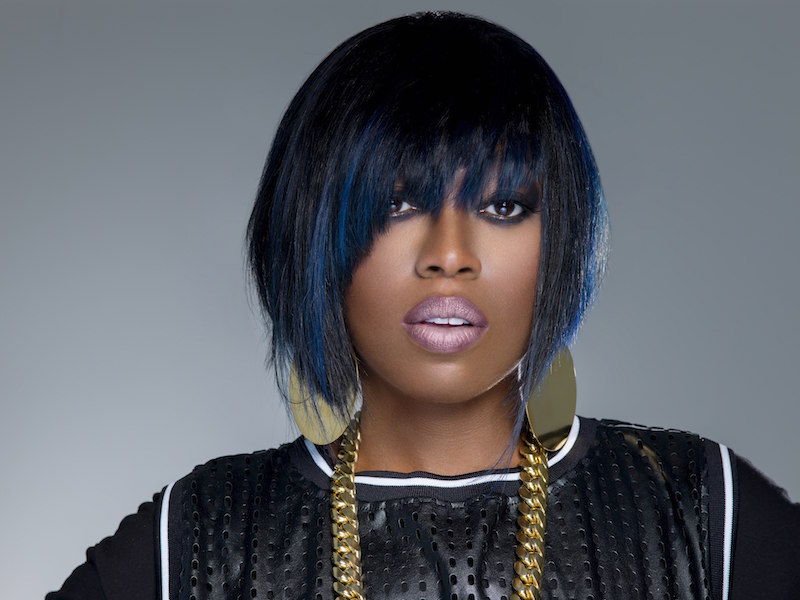 The original and best hip hop honey is back in the game, and with over two decades of industry experience under her belt, she knows what her booty shaking fans want and has delivered with WTF (Where They From). The video is bonkers so we felt compelled to highlight our favourite bits.

In the opening sequence, Missy appears as a magnificent glowing vision in a silver mirror-plated tracksuit, complete with signature hoops which could hold up a child’s bicycle. Her lips are also mirror plated (that’ll be sore to take off) and to complete the look she has some black-out ski goggles – because what else would you wear?

So Pharrell has provided rap vocals for the video and they’re quite basic: ‘Lyrically I’m Optimus Prime.’ Are you, aye? But he clearly refused to appear in person resulting in the creation of a creepy little puppet version of him. They had so many options of bossy hats to give the little guy but no – they’ve inflicted the puppet with an odd 90s striped beret! The mind boggles. Despite this fashion faux pas, the puppet version is still killing it with ladies falling at it feet. They actually manage to manoeuvre a thrusting hiphop honey puppet towards him.

In a peculiar sequence of shots, Missy and co appear in a creepy fridge-like warehouse and dance in plastic packets, separated into individual cardboard squares. Did they run out of money for costumes? While a few people thrash around in their squeaky see-through costumes, the rest lie motionless, just chilling. Whether they are meant to be robots or ready meals remains to be seen. Now that I’ve seen vacuum packed people dance I’ve seen everything.

Because the video isn’t quite ridiculous enough, the latest transportation craze is involved. To be honest, I prefer watching Missy bust moves, not cruising about motionless on a self-balancing scooter – hen, you’re better than that! However, the dancers mix it up by using their arms instead of legs to navigate the boards, showing off breakdancing moves like rotating floats and handstands. You have to see it to believe it.

In signature Missy style, there is an abundance of shaking, shimmying and shuffling with a squad of incredible dancers performing funky new choreography in each shot. There are some cracking fashion choices such as matching BIGGIE hats, in a nod to HipHop king Biggie Smalls plus dancers kitted out in fluorescent gear and head torches. Because safety at night is of paramount importance.

MissDemeanor, it’s good to have you back.

Edinburgh Summer Sessions: everything you need to know