Today (15 March) is Red Nose Day, a chance to dress up, be silly and raise money for Comic Relief. This year Scottish stars are coming together to help fundraise.

They did it! Earlier this week @realscottmills and @djchrisstark embarked on ‘the funniest 24 hour broadcast ever’ – the @bbcradio1 #LOLathon – to raise money for #RedNoseDay 🔴 . Not only did they supersize the #LOLathon keeping it going for a whopping 27 hours (!) they raised an incredible £324,931 which will help Comic Relief fund vital work here in the UK and around the world. . So thank you to Scott, Chris, @bbcradio1, all the guests who kept you going and most of all the listeners who tuned in and donated 🙌 Now let’s all have a lie down shall we 😅

Red Nose Day is back for 2019 and we’re counting down the minutes until the live show hits our screens at 7pm tonight. After 2017’s Love Actually reunion and more than £76 million raised, there’s a lot to live up to in 2019.

What is Red Nose Day?

Red Nose Day is a chance to come together and raise funds for Comic Relief. The money helps to fund projects that support people living tough lives throughout the UK and internationally.

The day happens every two years and includes a night of comedy and entertainment broadcast live on the BBC.

This year, Scottish stars are in the spotlight.

Not only is @LewisCapaldi an amazing singer… 😍

He’s also got a few jokes in the locker.

Source favourite Lewis Capaldi has been telling the Nation’s worst dad jokes complete with a red nose. The video is almost as good as his current number one single, Someone You Loved.

Scotland’s own David Tennant will host on the night alongside Zoe ball. He has hosted the show once before and even starred in a Proclaimers tribute act at school to raise money for Comic Relief.

On assignment with Richard Madden 😍 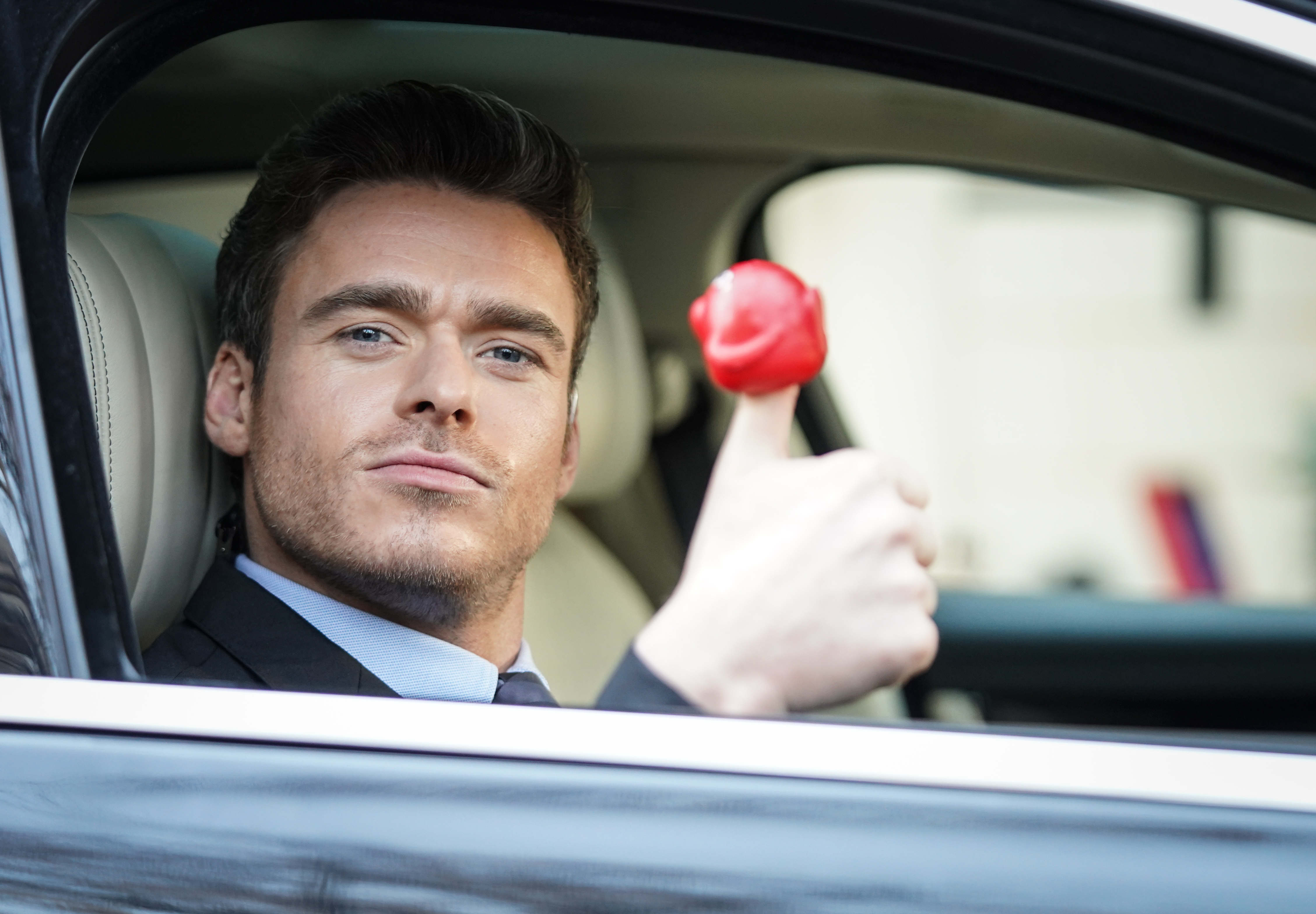 We’ve been counting down the minutes until Paisley’s own Richard Madden is back on our screens.

He first stole our hearts as Robb Stark in Game or Thrones then took our souls too when he became Sergeant Richard Budd in Bodygaurd.

As we wait for season two to be filmed Comic Relief is fuelling our Richard Madden obsession with a special Bodyguard sketch for Red Nose Day.

This is one assignment we’re happy to get involved with! 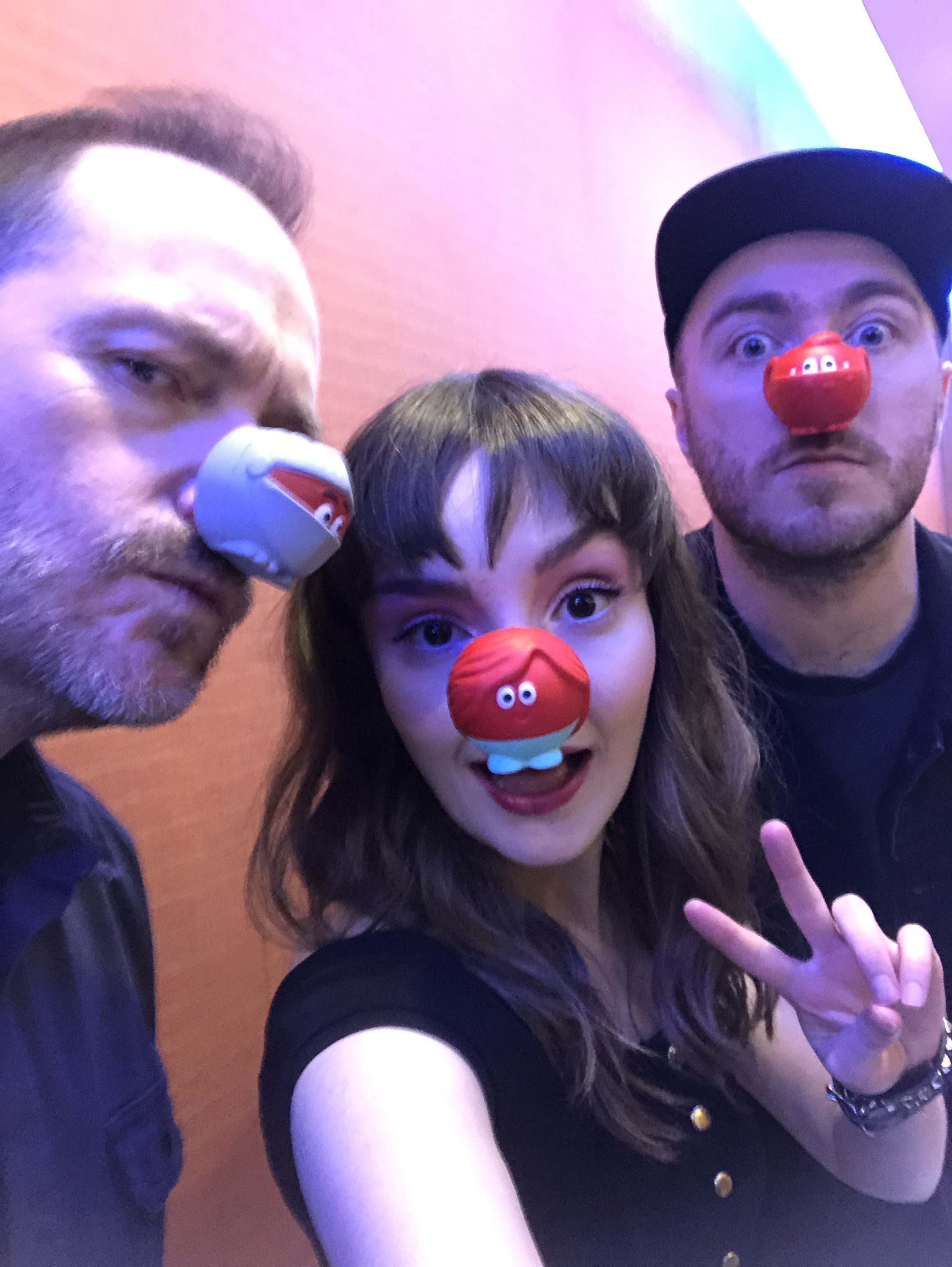 Red Nose Day is on tour with some of the biggest names in Scottish music.

Glasgow-born Chvrches are showing their support while on their Love Is Dead tour as they gear up for a headline set at Edinburgh Summer Sessions this summer.

The View’s Kyle Falconer has also been calling on fans to join him in showing support for Comic Relief this year.

From fancy dress fundraisers at school to texting in while watching the show tonight, there’s plenty of ways you can get involved with Comic Relief.

Do whatever you enjoy to raise cash for the charity.

The easiest way to help fundraise is to buy your very own red nose. Red noses are available from Sainsbury’s for £1.25 each. This year, you can even make your red nose come to life by scanning the QR code on the box.