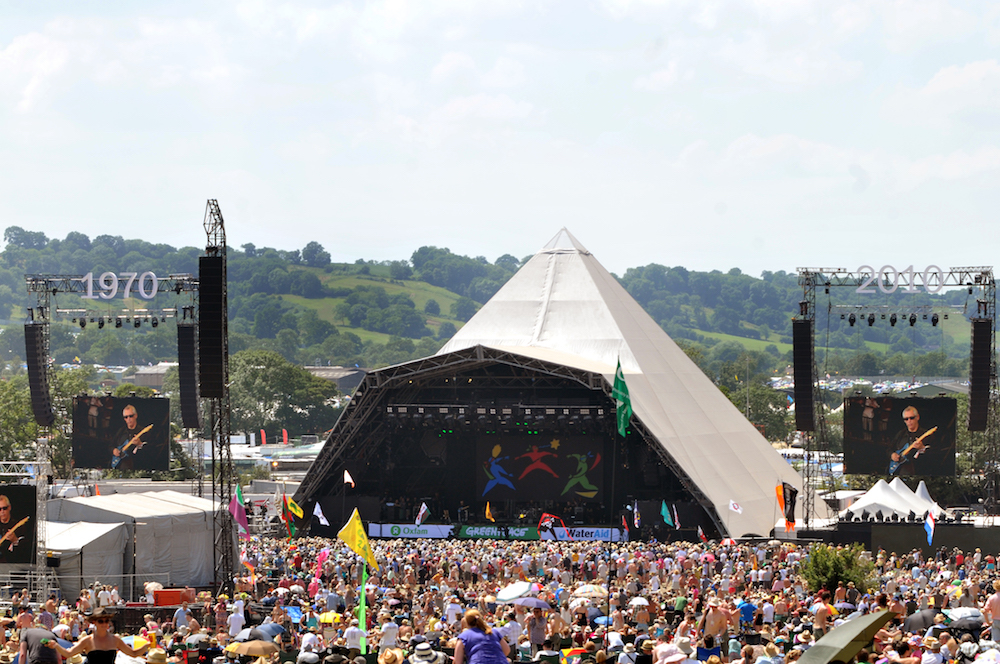 It came, it saw, it conquered – and just like that, this year’s Glastonbury is over in a blaze of colour, amazing songs and more than one memorable moment.

While we were enjoying Glasto from the comfort of our own homes – props to the BBC for the amazing coverage – there was loads going on on the festival site to leave revellers with enough memories to last a lifetime.

While the fields of Worthy Farm are going to be on a break next year – the grass needs time to recover from all the Hunter wellies – that doesn’t mean you can spend the next week reliving all the best bits.

Here are out standout memories from this year’s Glastonbury.

After weeks of rumours about surprise performances from everyone from Oasis to Harry Styles, it was The Killers who pulled it out the bag this weekend with a secret slot in the John Peel tent.

Brandon and the boys stormed the stage with all your favourite anthems – including Mr Brightside. They couldn’t not, could they?

Who doesn’t love the Foos? Your mum probably even likes them. But no one loves them more than the young man who stripped naked and climbed aboard his pal’s shoulders to sing along Dave Grohl and co. That’s naked ambition.

Dave, so pleased/scared/confused by the young chap’s efforts, dedicated My Hero to him. Hero indeed.

(We’re not going to include a picture. We don’t think you need to see that.)

Jeremy Corbyn speaking to the people

After that surprise general election result, actual Jeremy Corbyn took to the Pyramid Stage – not one one of the little ones – to talk politics with the yoof of today.

The Labour leader loves chatting to a big crowd, and where bigger than Glastonbury on a Saturday afternoon? Tens of thousands of music fans gathered to hear what the politician had to say – and reacted like it was Mick Jagger on stage. Later in the day, Jezza (we feel like we can call him that now that he’s done a music festival) was pulling pints for fans. Lad.

Royal Blood well and truly SMASHED IT this weekend – and a famous face couldn’t agree more. Brad Pitt swung by Worthy Farm and caught the Worthing duo tear the Pyramid Stage apart. Amazing given these guys were playing tiny stages at festivals just a few years ago. (And also amazing because – guys. BRAD PITT.)

The Firework singer showed up in a spangly unitard and showed there’s more to this glitter-infused pop princess by flinging herself into the crowd. What a ledge.

The one remaining Beegee (we tear up at the very thought of that being the reality) took to the coveted ‘legends’ slot on the Pyramid stage on Sunday to get the crowds dancing. And boy, did they dance. Whipping out belters like You Should Be Dancing and Stayin’ Alive, the squeaky-voice crooner totally smashed it.

Legends Radiohead closed the Friday at Glastonbury, and what a set it was. Twenty years since they first headlined the festival, the rock outfit showed the field exactly how it’s done, banging out hits like Creep and Karma Police. Watch the full set on iPlayer and prepare to be amazed.

The closing act for Sunday night was a controversial one, but we’re going to hand it to Ed. He commanded the biggest stage in the world with just a guitar, a loop pedal and a mic. There were no bells and whistles – just him. And he owned it like a boss.

Ed ran through all his hits, from Lego House to Castle on the Hill. And despite four days of festival fever, the fans gathered to scream along.

He’s come a long way from just 500 people in a tent at Glasto six years ago.

Relive the best bits of this year’s Glastonbury on the BBC iPlayer.