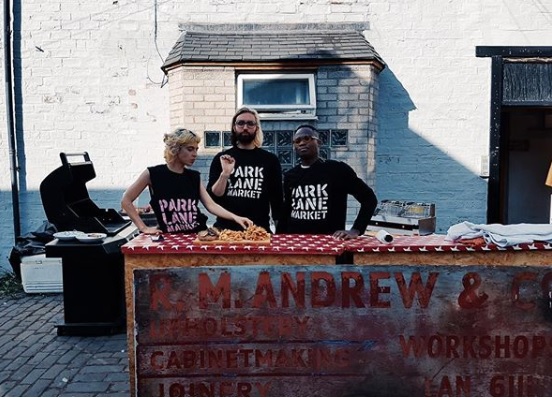 Glasgow’s Southside has become one of the hottest hubs to spend your free time in, away from the overcrowded and commercial area around Buchanan Street.

Now that exams are over and the Summer buzz is in the air, why not stroll around the other shore and enjoy what’s on for the next weeks? Here’s a wee selection of events for you!

Take a glimpse at our At a Glance Programme👀 For more details about each film, check out our print prgramme here: https://drive.google.com/file/d/1I7wrJRnixeqVMMoXXIK9MAB2lL5o75qN/view?usp=sharing Programmes will be available to pick up soon across the city and of course the Southside. Also, don't forget to RSVP to our events on Facebook so your friends can see😉 The more the merrier! https://www.facebook.com/southsidefilm/ #southsidefilmfestival #southside #keepitsouth #glasgow #film #scotland

Fancy a cheap date and/or some good ol’ classics? Welcome to the largest community film festival in the city, where unusual venues such as the Govanhill Baths and Loks Bar & Kitchen turn into screening rooms for three days. This year’s selection leaves you spoiled for choice: from Oscar-nominated films like Get Out and Fantastic Mr Fox, to a cinematographic milestone as François Truffaut’s Les 400 Coups, there are plenty of opportunities for both occasional goers and cinema buffs.

If you want to enjoy some local talent, instead, the Southside Filmmaker Screening shows the latest short films conceived and shot in the area – cast your vote and pick your favourite!

We have a BBQ on at the moment if anyone’s in the area! #parklanemarket#parklane#keepitsouth#shawlands#market#glasgow#popup#g41#sunday#sundaymarkets#peoplemakeglasgow

Taking place around the lanes in the Pollokshaws neighbourhood, the Park Lane Market is a gem for those who want to feel closer to a lost version of Glasgow. If the high street chaos is not for you, you will for sure welcome the dozens of artisans showcasing the best of independent handicraft from all over the city.

Once you’re done with shopping, go straight to the food stalls for some steaming food, ranging from pizza and curry staples to fresh babybird muffins, and just wash it down with the delicious ground organic coffee served at every corner. Not too far from there, Lebowskis Southside caters for your  burger needs as well!

The Rum Shack (657 Pollokshaws Road, various dates on May & June)

The Gatsby Club takeover the Dancehall this Friday for their part in the Southside Fringe. A few tickets still remaining.

The Rum Shack is a fixed appointment for Glasgow clubbing, but to celebrate the Southside Fringe Festival the venue has truly reinvented itself with brand new themed nights. The party kicks in on May 18th with The Gatsby Speakeasy, and leaves the 1920s’ flappers behind for mod and soul aficionados the following day. Along with tons of reggae dj-sets, the Double Discone live session on 25th May stands out: it promotes the best material from the local record label Invisible, Inc., proving once again that Glasgow is a music lover’s indie paradise.

Do you need a spiritual moment to appease your artistic side? In that sense Tramway is already a Glasvegian cornerstone, on which the Glasgow International Festival of Visual Arts has turned the spotlight by choosing it for Mark Leckey’s monumental Nobodaddy. The 2008 Turner Prize winner has channelled this year’s theme of the man-machine combination through a distorted ensemble of voices, coming from the sculpture of a wounded god seated in the darkness. No video can capture the agitation and beauty of this combination, but a train to Pollokshields East can take you there in no time to enjoy it and the green areas around it, the Hidden Gardens over all.