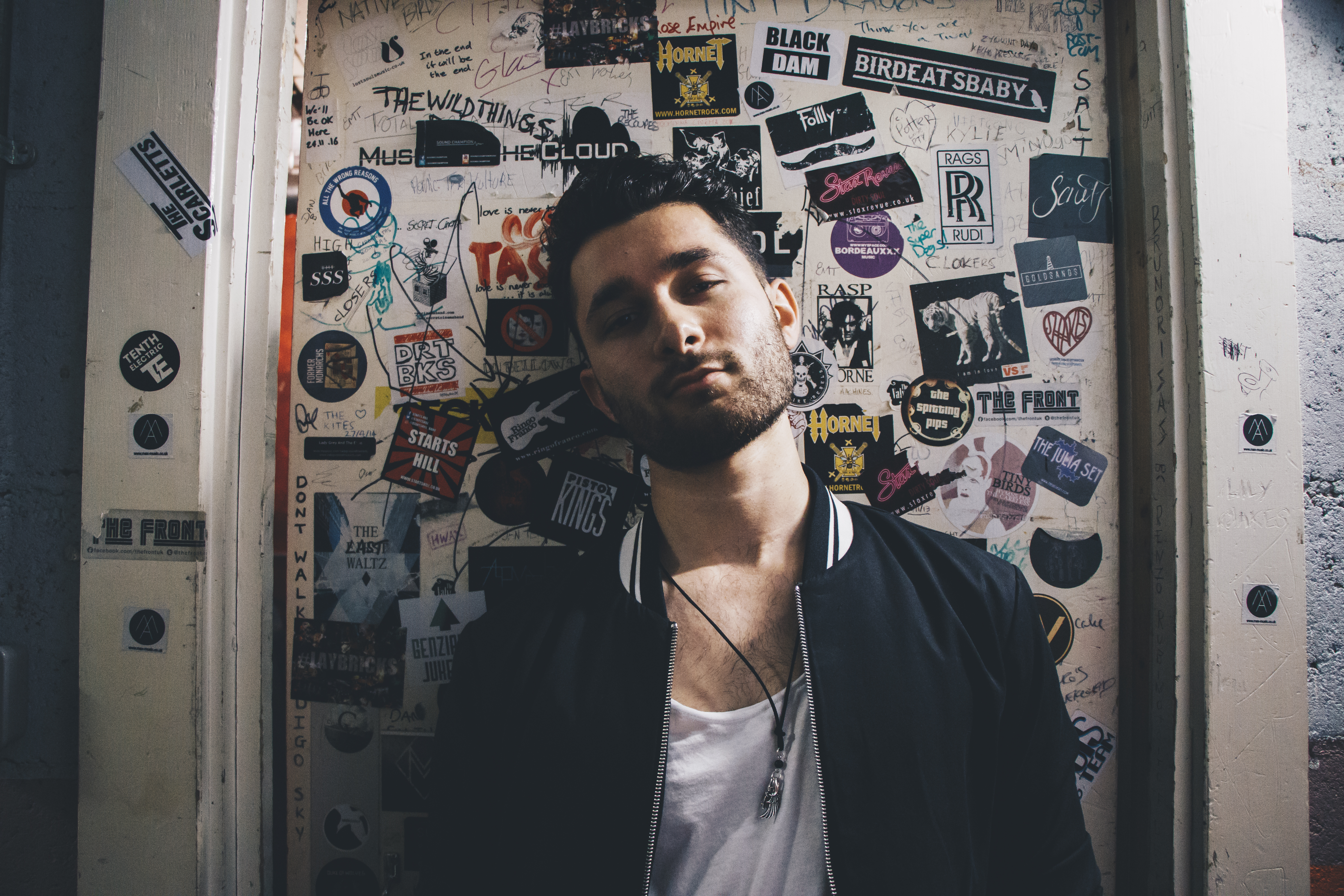 In under a year Chicago based singer songwriter, Aleem has made big waves in the music industry. Not only has he toured with some of the biggest names in pop – Little Mix anyone? – but he’s also had over four million streams on Spotify, all this before he’s released an album.

Having the top support slots in the bag is all good and well, but there comes a time when an artist has to go it alone.

Riding the wave of success Aleem is preparing to hit the road with his first ever UK headline tour. Aleem took time out of rehearsal to speak with Source about his epic rise to stardom.

What encouraged you to pursue a career in music?

For me music has always been a passion ever since I was a kid – it’s something I knew I wanted to do, I just never thought it would pan out. I started working in the studio when I was 16/17 and I was learning the whole business. From there I kept taking the steps to try to get my career started and learning about the industry and about the craft.

I’ve always been around music and for me it’s never stopped and it has become a career. There are only a few people who get to wake up and go make records and I’m truly humbled and blessed to be one of those people on a path I’ve wanted to be on for a long time.

You’ve already toured with some big names in pop, what was that like?

It has been amazing. My very first tour, and big break, was with Fifth Harmony on their [7/27] tour, which was all over Europe. From there I kept releasing music and my EP was doing great on Spotify. Then I went on the Little Mix tour and that was another huge arena tour. It is humbling to see that the hard work going into your music and writing songs people can relate to is paying off and it’s translating well.

What did you learn about life on the road from Fifth Harmony and Little Mix?

Touring is definitely an entity of its own in this industry. Working on perfecting your craft to be a well-rounded singer and well-rounded musician so, when you go touring, everything becomes live and everything becomes pure. It’s all in the moment and you really have to be well rehearsed and well versed with your instrument, your machine, and it’s definitely so cool to put it all together. From the studio to getting on stage to play in front of thousands of people and watch it come to life: that’s truly amazing.

Now you’re getting ready to go on the road with your first ever UK headline tour – are you excited?

I’m so stoked for the tour. To get the opportunity to play your very own show on your own tour is something so incredible. I’m excited to play my full first show and have the chance to place across the UK, Ireland and Scotland. It’s going to be a lot of fun and I can’t wait to get out there. These are the people who have been there for me when I was just starting out so to have their support and their backing, to play all my new music for them on the road, is truly going to be a thrill. I’m really looking forward to it.

Alongside the tour you’re releasing a new single, Stranger Things.

I’m really excited about this. It’s a single I wrote a while back and I didn’t really think it would be making it to the masses. I wrote it in Los Angeles with really talented songwriters and producers – it’s one of those songs that just came together really quickly and really easily. I’m very excited for everyone to hear it.

At the moment, the EP is out and the single is coming out on 9 February. The plan is to definitely release a lot more music and maybe put a collection of songs together for another EP or definitely an album later in the year.

Where do you get your inspiration for your songs?

Inspiration for me? Well, I always believe that song writing is basically storytelling. It is my job to put myself in the shoes of someone and I’m someone people can listen to and they can feel. For me there is no better moment in a song if people can say they feel it or understand it and connect with it. It’s all about trying to be true to what happens in our daily lives: relationships, friendships, just letting that be authentic and be real.

You’ve packed a lot into your career already. What would you say has been your career highlight so far?

Career highlights for me have definitely been the two big tours with Fifth Harmony and Little Mix. That was kind of a pinnacle moment you reach and finally you can see something good.

I think also releasing my first EP and watching the singles on the EP get almost four million streams on Spotify, that’s definitely been a huge accomplishment because I’m an independent artist and it’s the power of social media and the power of Spotify that’s helped me grow.

It’s one of those things where you’re in the studio and you really don’t know what’s going to happen with your music. But if you believe in it and you have the right path towards releasing your music and getting it to the masses then I believe nothing else really matters.

Do you think social media and streaming sites have helped with your success?

Absolutely, social media makes anything that you’re doing an instant accessible platform for the masses. It is incredible what you can do just on your own. For me I released an EP and I just got off a tour with Fifth Harmony and, using the momentum from the tour and using social media, engaging with fans who are interested in my sound, interested in similar sounds it just spread like wildfire. I always recommend to new artists to just stay very current on social media and stay very up to date – always stay engaging because instant accessibility and instant engagement is what sets the successors from the failures.

For me it’s all about having a respectable name in the music industry. It’s all about writing music and writing songs that people can connect with and have fun with. That’s it for me, at the end of the day if I can hang it all up, so to speak, and someone can come up to me and say ‘your music really helped me get through a specific time’ or ‘I connect with your music because it is so true and real to the heart’, that’s where it is most important for me. When I look back I would hope to connect with a massive audience and hopefully my songs connect with them.