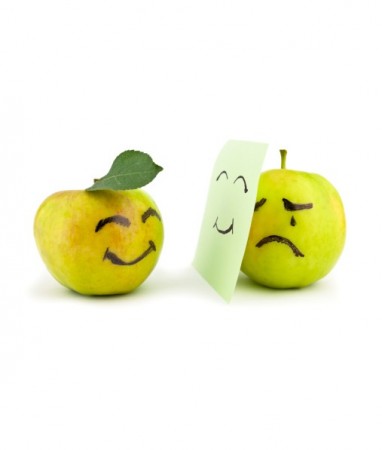 The Christmas tree’s down. You can’t eat chocolate for breakfast any more. You have to get out of your jammies and – boke – go to class. Yep, the holidays are well and truly over.

And now’s the time people start banging on about the so-called ‘January blues’ – but there’s more to this phrase than you think.

Seasonal Affective Disorder (SAD) is a type of depression which occurs in the winter months. It’s thought that the lack of sunlight and colder temperatures in December, January and February can cause symptoms of depression to crop up, including low mood, irritability, feelings of despair and lethargy. Some say January is the worst month of all.

With the festivities behind us, lots of people find themselves on a bit of a downer come January. After all the sparkle and magic of Christmas, the new year can seem a bit drab by comparison – and it can have a real impact on your mental state.

If you’re feeling a bit down in the dumps this January, there are some simple steps you can take to give your emotions a boost.

Exercise is a natural mood-booster, releasing happy hormones into your system that’ll banish any feelings of depression, anxiety or stress. Whether you opt for a 5km run to get your heart pumping, a walk round the park with your mates, a dance class or a game of football, getting up off the sofa and moving is going to have a real positive impact.

Part of the problem with January is that we feel like all the fun stuff is done and dusted. Throw in exams looming and no money after the festivities and there’s pretty much he-haw to look forward to. Which is why it pays to plan! Sit down with a calendar, some friends or your family and make plans for the year ahead. Whether that’s a weekend away, a trip to a local attraction, a shopping day or just getting a regular coffee date with your bestie in your iCal, having non-school or work-related activities lined up gives you something to work towards.

After Christmas, where we lived on everything wrapped in bacon followed by 7 tonnes of Quality Street for about a month, it’s time to start thinking healthy, wholesome food to five your immune system the tools it needs to fight the nasty bugs that do the rounds over winter. A balanced diet will boost your energy levels too, and your mental state too. Think plenty of fresh fruit and vegetables and only reach for sugary and high fat snacks occasionally.

Get a good night’s sleep

When you’ve got SAD or you’re feeling low generally, the temptation to just nap it off and sleep at odd times in the day is there – meaning you spend half the night staring at your ceiling, unable to sleep and feeling next-level crabbit the following day. So cut out the naps – it’ll mean you’re more tired come bedtime, and you’ll actually be able to get the shut eye you need to function throughout the day.

You know your mum’s forever wanging on about fresh air doing you good? Well, it’s one of those things she’s actually right about. Mad, I know. If you’re feeling tense, getting outdoors for a walk or run and feeling the fresh air on your face can really wake you up and shake off the cobwebs, distress you and help you feel a bit more chilled out. Studies have shown that outdoor exercise is actually better for you than working out indoors too – proof that expensive gym membership isn’t all that. Sure, it’s Baltic, but stick on all that Christmas knitwear and you’re golden.