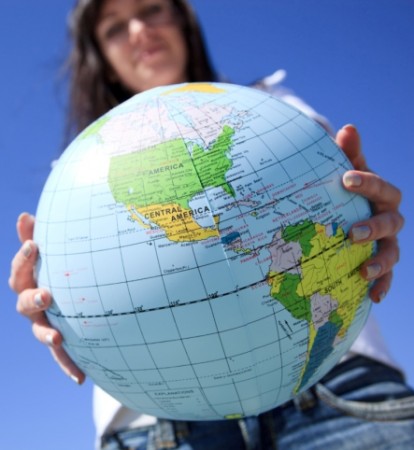 Want to see more of Europe but don’t have heaps of cash? InterRailing could be the answer…

InterRailing is maybe the most cost effective way to see multiple places in one trip. It’s been growing more popular lately, especially with students who get a youth discount. The concept involves travelling across Europe, or through one country, on trains and ferries using one ticket for anything from 15 days to a month.

With a choice of 30 countries, including the UK if you aren’t a resident here, using an InterRail pass is much cheaper than booking your travel individually. You can travel to Austria, Belgium, Bosnia-Herzegovina, Croatia, Czezh Republic, Denmark, Macedonia, Finland, France, Germany, Great Britain, Greece, Hungary, Ireland, Italy, Luxembourg, Montenegro, Netherlands, Norway, Poland, Portugal, Romania, Serbia, Slovakia, Slovenia, Spain, Sweden, Switzerland and Turkey all with one ticket.

Peter from Glasgow travelled around Europe on a pass last year with his friends. He says:  “I went InterRailing because I thought it would be a great way to see Europe – outside of the UK I had only ever been to Spain. The best part was being able to explore a new city every few days. From the Vatican one day, to the Charles bridge of Prague a few days later.

“The worst part was in fact some of the train journeys. Amsterdam to Berlin broke down in 35 degree heats with no air conditioning for two hours! I wasn’t daunted by the idea of exploring, just knew I couldn’t be an idiot. I would go to other places if I was to go again, and go on individual holidays to the cities I enjoyed most from my last trip.”

There are two types of pass, the Global Pass and the One Country Pass. For each of these there are options for the time period you want to go for and how many travel days you need while you’re away, as well as being able to switch between first and second class. The Global Pass starts at £154 for five travel days across a 15 day period and stretches to £355 for a month of continuous travel days. The One Country Pass gives its concept away in the name – it gives you the ability to travel through one country for a month and has different prices depending on how many travel days you require and where you want to go. The starting price for this pass is £33 for three travel days in a month in Macedonia or Serbia. Popular destinations are more expensive, like Italy which costs £67 for the same deal.

Although using an InterRail pass is a lot cheaper than booking a holiday yourself, there are still additional costs to keep in mind. For the nights that you’re not using a sleeper train to dart between countries you’ll need to book into a hotel or hostel, something which is better to organise before you go on your trip. If you do decide to take a journey on a sleeper train, there are normally extra fees to book a cabin or reserve a seat as well as supplementary fees for using certain trains in France, Spain and Italy.

Safety is also an important thing to think about before heading off on a trip like this. Since it will involve a lot of sleeping on trains and maybe ferries, taking a bike lock with you to attach your bag to your seat is a good idea. A guide book is essential too but instead of carrying around separate ones for each country you could get one for Europe as a whole. Your passport and ticket are things you won’t want to lose so having a bumbag (they’re trendy again!) that you can strap round your waist to keep those and your money in is important.

To get all the info and plan a trip, check out the InterRail website at www.interrail.eu.

Emma is a second year journalism student at Glasgow Caledonian University hoping to break into the world of print journalism. Emma likes blogging, baking and the occasional tragic romance novel.