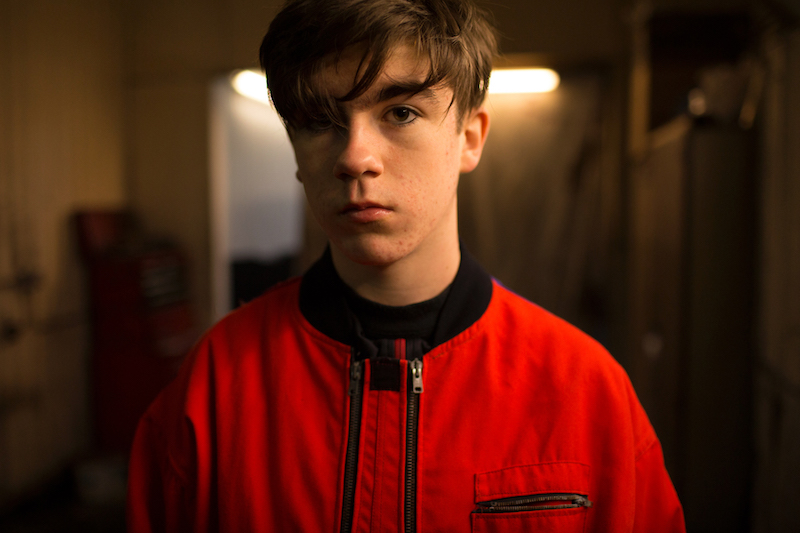 It’s rare to meet someone at the age of 18 who has a catalogue of songs based around hot topics circulating the news, from religion and politics. This rarity could be the reason behind the success of Declan McKenna’s modern protest songs. Set to release his debut album, What Do You Think About The Car? in July, we had a chat with Declan to see how his mind ticks.

You’re making big waves in the music industry at the moment, how did you first get involved with music?

Music has always been something I’ve enjoyed and wanted to make. In the last couple of years I just started doing it more and more – writing is something I’ve always been doing. I had sent my music into a couple of press rooms and all that standard stuff, but nothing really happened until year before last – yeah, 2015/2016 is when things started kicking off for me. I’m constantly creating music and surrounded by music as a job, as such, which is really weird.

Your first album is set to come out soon – tell us a bit more about it.

It’s coming out July 21 and it’s really, really exciting. I’m really pumped; it’s kinda been such a long time coming. I finished making it in, well the recording would have been finished in November last year, so sitting on it and doing all the mixing and making artwork and just doing all the stuff around it.

I’m really excited to get it out there because most of the songs on there I wrote when I was 16, and I’m 18 now. There’s only three songs form last year that actually got into the album but there’s so much more I’ve got to give. I’m kinda excited to put this one out and make more music because I’m quite enjoying it at the minute.

A new album means touring. What can we expect from a Declan McKenna show?

Lots of things, a lot of energy – I like to make it as fun and enjoyable as possible for people. It’s sometimes frustrating when you only have so many songs out and then you have to play a song that no one knows – its a bit awkward. I like to make sure everyone is having good fun because that’s the most important thing about going to see a live show. I like to just dance and enjoy myself as much as possible and that translates, if you’re enjoying yourself then the crowd will enjoy themselves. I think as well my band we’re as good as we’ve ever been playing together so it’s going to be a very exciting summer.

It’s a summer of festivals for you too! Your first one was Glastonbury and now you’re there for a third year.

I used to send my music off to a lot of festivals and be like ‘can I play here’ none of them really ever said yes. Then the Glastonbury Emerging Talent came up and it was just after I released Brazil so I went for it. Fortunately I got to the last round and did the Battle of the Bands and won it and got to play Glastonbury. It was such a great weekend.

Yeah, third time in Glastonbury, I’m really looking forward to doing it on the First Stage, and two years in a trot; I don’t know how many bands get to do that. Being able to do that so young is amazing so I’m really, really excited. This year is hopefully going to be as special as the last two years have been – or better.

For someone of your age your songs are already really powerful. Do you make a conscious effort to write about hard hitting topics?

I just write about what I write about – it depends, a lot of the time it can be political or social issues if people want to call it that. It’s kind of been part of my life growing up around a lot of media and being shown all sorts of different things that happen around the world. It all just comes into your song writing at some point and in the last couple of years just writing about the things that come out. Things that I’m passionate about, things I talk to my friends about all that sort of stuff, it stems from all over the place. I like to talk about stuff I actually care about when I’m writing songs.

Paracetamol is arguably one of your most hard-hitting songs. Where did the inspiration for that come from?

It is kind of a dark but I like to think writing Paracetamol was me trying to be hopeful about the future. It was basically inspired by a transgender teenager, Leelah Alcorn, who ended up committing suicide because of transgender conversion therapy that she had been put through by their parents.

Seeing that stuff like that was still happening kind of shocked me. People being who they are and getting stick for it is something I’ve always been against so I wanted to make something that stood against the oppression of people for who they are.

As your fan base grows, how do you think social media has helped your career?

I love social media, as someone who is 18 I feel I’ve been raised by it. People respond to you, like one or two years ago I would tweet something and nobody would look at it. It’s quite cool to have people who respond to you and care about the things you say. Its interesting the validation you can get from something that doesn’t really exist. It’s also a good way of getting yourself excited for actually playing shows and meeting the people you’ve sort of spoken to online, it’s cool.

A General Election has just been called so will you be using social media to get your fans voting?

I think it’s important for me to try and get, at least those who can vote in my fan base, voting because I think there is a definite problem with young people not getting their votes in compared to older people. I think we need to, with this election more than ever, because it is so rushed and quite tactical in some ways. We need to make our voices heard more so than ever before so I’m going to keep promoting it.

Declan will be touring and playing festivals throughout the summer. What Do You Think About the Car? is out on 21 July. To find out when he’s near you check out his website.