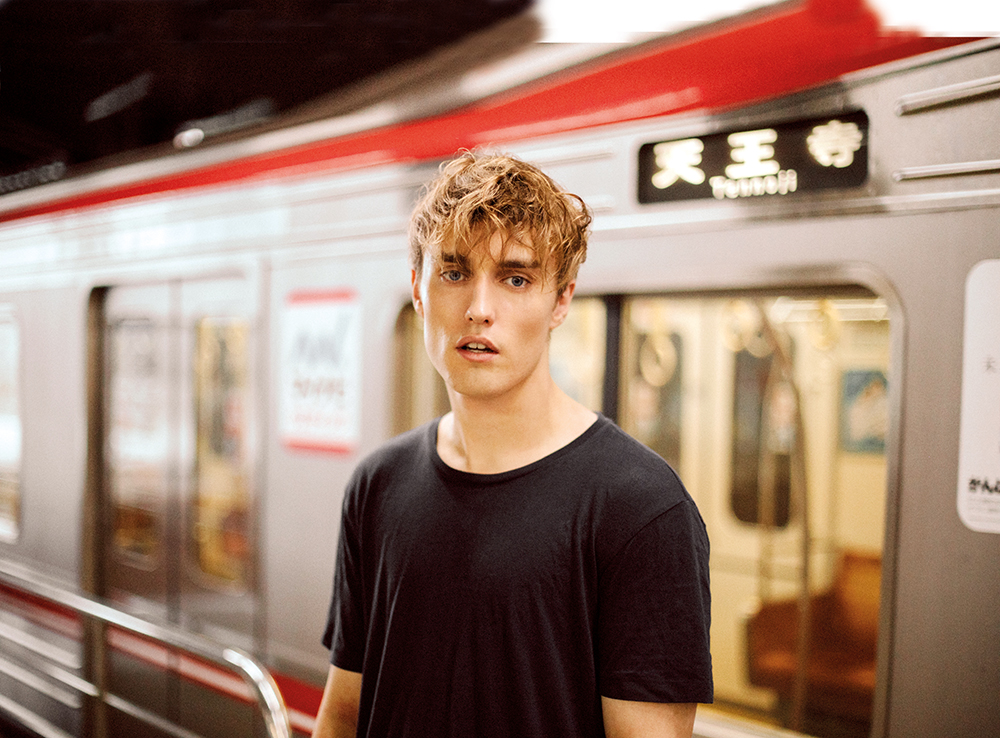 Since rocketing onto the scene in 2016 Sam Fender has been making waves in the music industry. Emma Storr talks growing up, staying grounded and Hypersonic Missiles with the Geordie star ahead of his sold out gig tonight (25 November).

Sam Fender has had a crazy year from winning the 2019 Critics’ Choice Award at the Brits to releasing his debut album, Hypersonic Missiles. The Geordie is busy asking important questions through his music all while releasing absolute bops.

Now 25, Sam’s debut has been years in the making, featuring songs that he wrote over the last five years. Sam’s success is something he could only imagine at the age of 18 when his manager discovered him in the local pub.

Talking about the album’s track list Sam explains that it reflects how he’s grown up in the last half decade.

“I think its cohesively not the most cohesive album, but that’s probably because it’s been written over the course of five or six years,” reveals Sam. “I purposely chose some of the earlier, embryonic songs that I wrote when I was 18 or 19 to go on the album.

“The Borders, Hypersonic Missiles: those are songs I wrote a year ago,” says Sam. “You can see the difference in those to maybe Call Me Lover or Two People, which were written five years ago – but I guess I have changed, most people will change between 19 and 25.”

Sam’s growth has only been accelerated by his time in the spotlight and he is no longer the naïve teenager he was when some of the tracks were first penned. Now, Sam has a number one album and is best pals with some of the biggest names in music right now.

Although he’s done a lot of growing up while touring the world, Sam is still finding his way, he says: “I’ve learnt a lot and I’m still learning even now, I’m just keeping my head down, trying to do my best and seeing where I go next – I’ve already written the next record.”

Growing up Geordie has left Sam with plenty of well-known influences including Sting, just one member of the singer’s celeb fan base.

“When Stormzy, Elton John, Sting or Johnny Marr are really nice to you, when they say they like your tunes, it kind of just makes you say it doesn’t matter what the critics say now because they’re the people who make music themselves.”

CHEERS PARIS🥂 always a belter. Back for more EU dates in Feb 🚀tickets up on the website now x 🎥 @jackwhitefield

For Sam it’s not only a great honour to have such epic fans, it’s also reassuring, he explains: “It calms me down and makes me not worry about critics as much because it’s kind of like who’s a critic?

Sam’s songs address some of the biggest issues that the younger generations face today, asking for the answers we all want, but he doesn’t want to be labelled as outspoken, he says: “I ask questions I want to know the answers to which is pretty much everything in my life because I’m not that clever, I’m a normal kid from a normal town and I’ve just turned 25.”

Like every other millennial and Gen Z, he’s finding the world and its political landscape a pretty scary place to navigate.

“I’m an adult now and I find the world overwhelming, terrifying, very, very confusing with mental people running it,” stresses Sam. “I think outspoken people tend to have answers, I don’t really have any answers I just sort of ask questions, I think it’s what most people do, I think that’s why people relate to it.”

Despite how it might seem, it isn’t all impending disaster in the world of Sam Fender, he loves a laugh too, he explains: “I’m not all doom and gloom, my tunes might be, but as a person I’m pretty easy going I would say, or fun-loving.”

“Just because I’m writing about serious stuff it doesn’t mean that I have to be serious in real life,” adds Sam. “I’m still a person, I still laugh at jokes, my best days are when I’m having a laugh.

“There’s a lot of darkness in the world that I can contend with when I’m writing songs, but I don’t have to contend with that when I’m just having fun with my friends.”

If, like us, you wish you could chat to Sam daily about your worries, fear not, we present you with the next best thing – dance out your frustrations about the world at one of his live shows. He’s touring the UK until April 2020 and we’ll see you there.

As for the debut album, we’ll leave you with this plea from the man himself: “Please buy it because it’s home made from Shields and will give you clear skin.”