Plested has penned some of pop music’s biggest hits – Touch by Little Mix and Hollywood by Lewis Capaldi to name a few. We caught up with him, ahead of the release of his new single The Least That I Could Do (10 October) 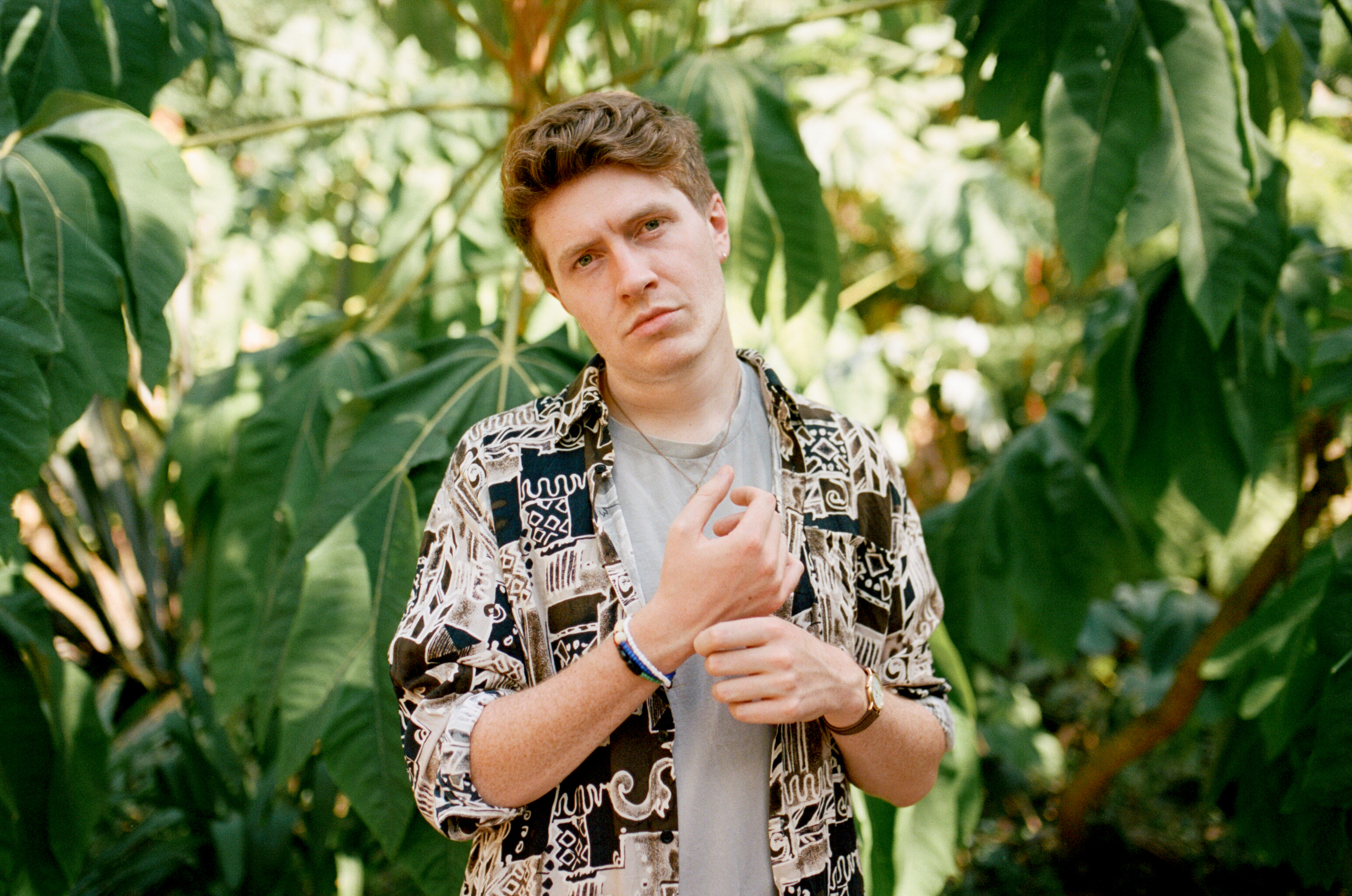 Can you describe your song-writing process?

Every song is different, some take ages and some take two minutes. I find that I always start with a word or phrase that I find interesting. So, with The Least That I Could Do, I had this phrase “The least that I could do is die for you,” which I thought was interesting. I didn’t know how to turn that into a song, but I just had that, lived with it a bit and then got to the studio. It just kind of falls out if I hear the right music, the phrasing makes a bit more sense and you can write a song around it.

Genuinely – I’m not just saying this – The Least That I Could Do (released today, 10 October). I remember when I wrote it, it was the first song that I didn’t want anyone else to sing. I just wanted to perform it myself. It has a special place in my heart. Also, there’s a song I wrote with Lewis Capaldi that’s not on his current album, but fingers crossed it comes out at some point. I think it’s a really special song.

One of the loveliest and funniest guys I know @lewiscapaldi has a NUMBER 1 album in UK and Ireland and I couldn’t be happier to have been a part of it. Also chuffed to have written “Hollywood” with my boys @jcstewart and @kinmusic_ . We finished this song at 4am and we all knew it was a special one. Is there a better feeling than writing songs and have success with your friends?! I think not!!! 😭🙏🎉

Speaking of Lewis Capaldi, you also co-wrote his song, Hollywood. What was that like?

It’s been insane. I was with Lewis in L.A., we went for dinner. We wrote Hollywood in Ealing, West London. At  about 11pm I got a text from my friend asking if I wanted to jump in and write something with him. We wrote until about 4am and it was amazing. Lewis is such a great guy, he’s lovely and he’s excited and passionate for music, and to be in a room with someone like that is always special.

Do you have a favourite person you’ve written with?

I wrote a song [Touch] for Little Mix which I get really excited about when they perform it, because I’m secretly a massive Little Mix fan, so that was crazy.

What was the inspiration for your new single, The Least That I Could Do?

I wrote it about three years ago with a friend. We did it on a Saturday and we kind of stumbled across the song. It was a really special moment because I really felt a different way about this song and I didn’t want to give it to anyone. It’s basically about what people do to make sacrifices for the people they love. I love the idea that people will have different loved ones that they think about when they hear the song.

You’re hitting the road next week on your headline tour. How are you feeling?

I’m really excited. I toured quite a bit at the start of the year, doing support shows which was amazing. I supported Nina Nesbitt in America, which was incredible. But to do my own headline tour, I don’t know how I feel about it. I genuinely didn’t expect anyone to buy tickets. The fact that people have is incredible. I’m just excited to see some fans and see some cities I haven’t been to for a while.

My next single is called “𝐓𝐡𝐞 𝐋𝐞𝐚𝐬𝐭 𝐓𝐡𝐚𝐭 𝐈 𝐂𝐨𝐮𝐥𝐝 𝐃𝐨” and it’s ultimately about loving someone so much that you’d do anything for them. We had an idea to do a challenge that could help spread the song but also spread kindness & love too. ⁣ ⁣ I challenge you to do something nice for someone and upload a video on Instagram, TikTok or Twitter and tag me & #TheLeastThatICouldDo. It could be a smile, it could be a good deed, it could be cutting out plastic or meat – you choose!!! I’m getting involved too x

What are you looking forward to most about coming to play in Glasgow?

To be honest, because I’ve been in L.A., I’m just excited for it to be cold. I’m sick of seeing blue sky every day. I need a bit of grey, cold. That’s what I’m most looking forward to.

For someone who’s never been to one of your gigs before, what can they expect from a Plested gig?

I like my gigs to be like a conversation and we can all just be in the room together. It’ll be intimate and relaxed. I like to explain what my songs are about and I like to cover some of the songs I’ve written for other people. Maybe I’ll play the Capaldi song, who knows.

TICKETS ON SALE NOW. Click the link in my bio, can’t wait to meet you all. let me know if you’re coming 👇

What’s the most important thing you’ve learned during your time in the music industry?

As a musician, or any type of artist, you are your own boss and what you put in is what you get out. You just really have to enjoy the process. There can be a lot of rejection in the industry, and a lot of what people like to call competition – I don’t think it’s a competition – but you get put up against other people. It’s important to just enjoy it. Collaborate as much as you can and it’s your journey, you take the steering wheel.

Plested’s new single, The Least That I Could Do, is available on all streaming platforms from 10 October.

Plested will be playing at the Glasgow Garage Attic bar on 15 October. Tickets are available here!

Keep up to date with all the latest interviews with your favourite artists over on our Twitter and Instagram pages.