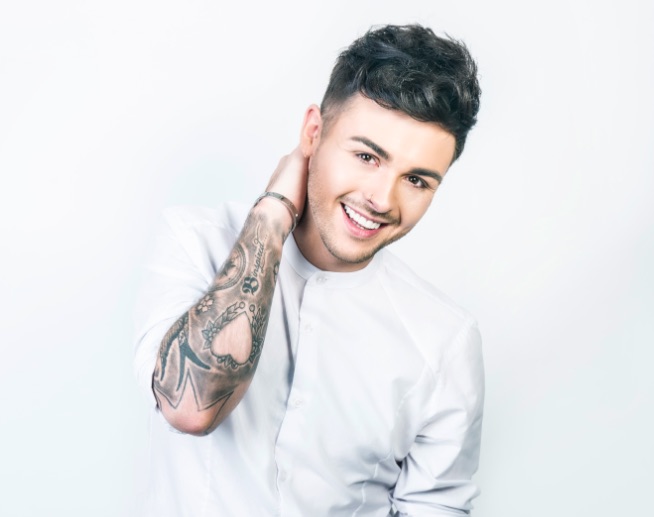 The lovely Jaymi from Union J took time out of his day yesterday to have a chat with Source about life, sexuality and old school R&B…

Jaymi! What are you up to today?

I’ve been having a nice little relaxed day. It’s good to have a day off and get your washing done and go to Tesco and get your milk when you run out.

You had a busy summer. What was your favourite festival?

They’ve all been amazing. Gibraltar was really special because it’s abroad, so it’s weird to get recognition there.

You’re now onto recording a new album, how is that going?

Really well, we’ve got a lot of opportunity to be really creative with this album so hopefully a lot of fun stuff will come out of it.

You got a lot of help song writing on the first album and took control on the second; is that the case with this one?

Absolutely. We have even more control this time which is great.

Any exciting collaborations we should know about?

Not at the moment, but if the song lends itself to a feature then we’ll actively seek it. We don’t want to put a feature on just for the sake of it though; the artist has to want to be involved in the process.

Who would love to collaborate with?

John Legend. Or we would love to feature on a producer like Naughty Boy’s track, do something that gives the option to explore different music. We have a sound but when you feature on someone else’s track it’s just about your vocal. Justin Bieber did Where Are You Now, which is completely different to anything he’s ever done. As much as you love the music you make, it’s not the only music you like. I love old school R&B and I’m a massive Whitney and Mariah fan so it would be cool to try something different without the pressure of it being ‘your’ music.

You came out when you were quite young. How was school?

I loved school. There was the occasional slur but I was very lucky that I was supported.

You were in Glasgow for Pride and we treated you to lots of traditional Scottish chanting ‘here we, here we…’

Yeah, you guys loved it. We tried that down here in England and it didn’t work!

As an inspiration for young gay people in the music industry, what advice would you give to someone looking to follow the same career if they are insecure about their sexuality?

The music industry has definitely changed, it’s very welcoming. I was out and proud before I came into the industry so it was natural for me to act the same in it. But I know some people who are more private. Although I’m open and outspoken, I live a private life. The press aren’t as intrusive as they used to be. When [being gay] was a big thing, they were always trying to ‘out’ people but it’s not headline news anymore. Sam Smith didn’t come out for the first year and no one speculated – it wasn’t a thing. If you want a career in music, go for it. Being in the music industry gives you a sense of confidence because people are very accepting. You have a fan base that love you for you and that can help people come out.

A few songs name girls directly (All about a girl, She’s in my head, A girl like you)

They are the ones that I sing the lead vocal on, which is hilarious.

Does that bother you?

Sony asked if I wanted to sing male or non-gender specific. I said no because, although the song is about feeling, I didn’t write those songs. Someone put a lot of time and effort into writing them and I wouldn’t want to change the lyrics because they were important to the writer at the time. As an artist I have a duty to be authentic but also to understand that I don’t have to sing about boys because I’m gay. I can be in a boyband with a really strong female young fanbase and they still want to hear me sing about a girl.

How are your wedding preparations coming along?

They’re getting there. When we got engaged there was no rush to get married because we couldn’t afford it. We got wrapped up in having to the wedding for everybody else because we had this new life and almost lost focus on ourselves. We’re committed to be together forever but we want to focus on our work for a couple of years and create a good future so we can really enjoy the rest of our lives together. That said, we could just do it tomorrow.

Do it when it’s right for you and not anybody else.

Absolutely, it doesn’t have to be a huge affair. We wanted to travel for the honeymoon but in the industry that we’re in we can’t take that time out. We don’t want it to become second best to our jobs. When we’ve got the time we’ll do it properly.

Speaking of spare time, you used to do ballet and gymnastics…

I had all my hobbies but music was my main passion. When it became my job and I did feel like there was something missing though. When I had time off, I used to sit and listen to YouTube backing tracks and sing and write songs. Now that’s my work. In the new year, I’m going to start dancing again.

So you have a new column in Star magazine…

I’ve always been a fan of the entertainment industry. I love show business because I looked up to it; theatre, writing, photography, acting. X Factor opened so many doors for me and I found that I really enjoy journalism. I love the gritty stuff but I also love the showbiz reporting. It’s nice to find new things that you’re good at.

What’s the strangest thing a fan has done for you?

A fan once gave us a present in a sealed bag.  It was a cactus. No letter or anything, just a cactus. I couldn’t get my head around it.

So who claimed it?

You can catch Jaymi and the rest of the Union J boys performing at Strathclyde Union on 13 September. Get tickets here