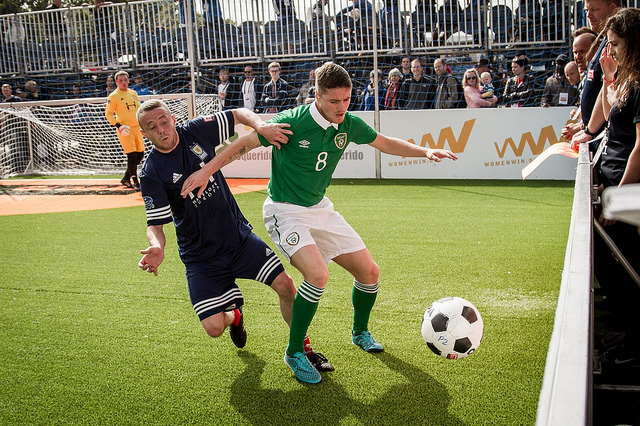 It’s not all about Euro 2016 at the moment, football fans. Oh no! Because this weekend, the Homeless World Cup is coming to Glasgow – the perfect solution to summer holiday boredom. So, er, what exactly is it? We’ve got the lowdown…

What exactly is the Homeless World Cup?

The Homeless World Cup sees teams of homeless men and women from around the world come together to compete in a football tournament. It all began in 2001, and this year, players will be competing from 52 different countries to show the rest of the world what they’re made of.

This year’s World Cup is heading to Glasgow’s George Square, which is being transformed into an outdoor street football venue especially for the event – and anyone can swing by and watch! Entry is free and no tickets are required. 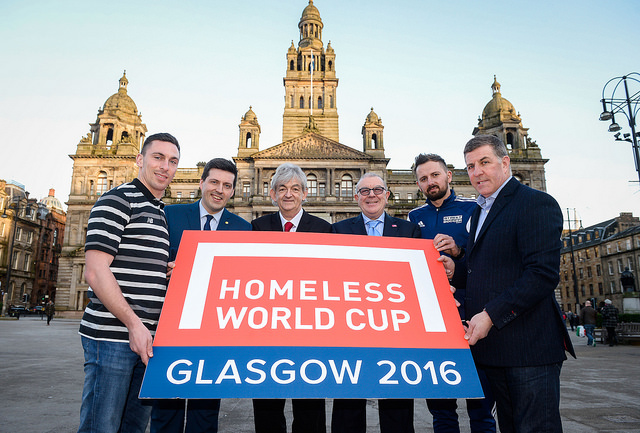 When does it start?

It all kicks off this Sunday, 10 July. They’re be starting with a parade from Glasgow Caledonian University down to George Square, where you get to see all the players from participating teams. There are three pitches on the go, so you can head along and see what match you fancy.

What about the players?

OK, so you’re not going to see any footballing superstars on the pitch – although you never now who might turn up to spectate – but the men and women playing come from all walks of life, some with touching, tear-jerking stories. For them, the journey to Glasgow is a true once-in-a-lifetime experience and taking part in a tournament like this is something many of them could never have imagined. For some, it’s the catalyst they need to get their life back on track – and that can only be a brilliant thing. There are 100 million people around the world who don’t have a home, and events like this just scratch the surface of those who need support. You can find out more about their stories here at the Homeless World Cup site.

What difference does the Homeless World Cup make?

While your Messis and Ronaldos are raking in the big bucks, street soccer like this is a whole different ball game – and it’s the personal impact it has which makes all the difference.

The Homeless World Cup isn’t just a tournament. The charity supports organisations across the globe which use football to inspire homeless people to change their lives. It supports partner organisations in 70 different countries to deliver football programmes which help players build relationships, grow in confidence, take on responsibility, improve their health and fitness and learn to trust one another and share – all vital skills which will, hopefully, get them back into work and help them get a roof over their head. The annual tournament is really there to celebrate their achievements. A huge 94% of players say that the Homeless World Cup has had a positive impact on their lives, while 83% say it’s improved their relationships with friends and family. 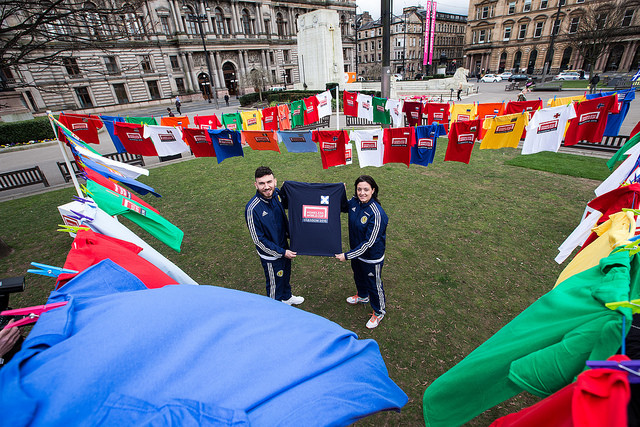 What countries are taking part?

Loads! The tournament will be starting with

How can I get involved?

Head along to George Square and start cheering on your team of choice! There’s going to be top class football on every day from Sunday through to next Saturday (16 July) when the final takes place and trophies get dished out. Will it be top ranking Brazil who take the trophy? Or will home team Scotland, with a better understanding of the miserable weather, do well? Only time will tell… Get yourself to George Square and get supporting!

Find out more about the Homeless World Cup, fixtures and timings at www.homelessworldcup.org.