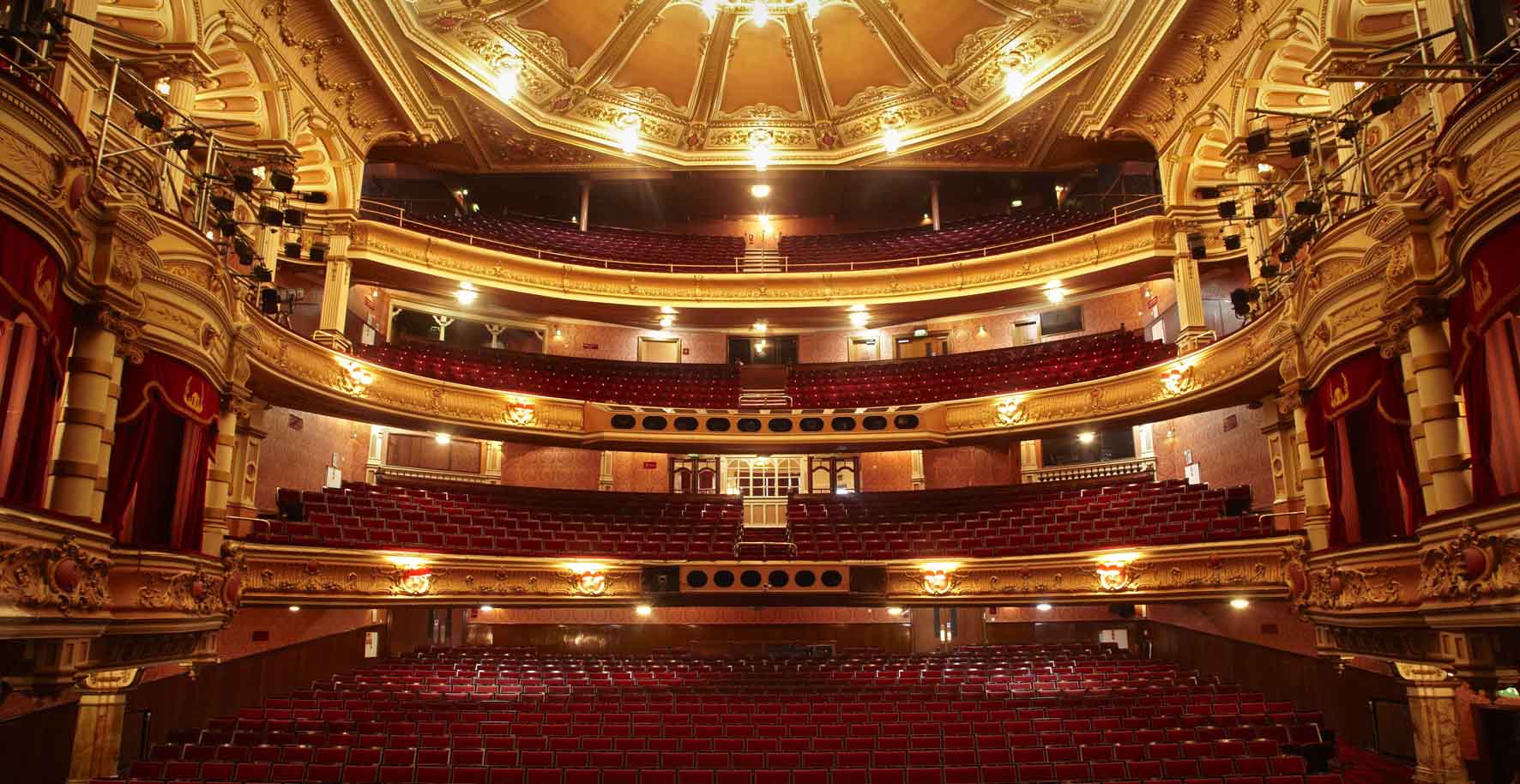 Ever wondered how Mary Poppins flies in a theatre show? Want to know how to get invited to Elton John’s beach party? Then Malcolm Tilley is the man you’re after. Organising theatre productions in the world famous King’s Theatre in Glasgow, we find out what it takes to be a stage manager. 🎭

What is the general role of a stage manager?

My job entails organising the crew for the get-in and get-out of a show. Ultimately, I’ll get a rider sent to me and on that’ll give me crew numbers, how the set is to go together and so on, and from that I then organise my crew to come in. Rod, our chief electrician, he’ll organise the lighting crew and sound crew. I’ll also organise wardrobe.

Once the show is in and built, we’ve got to see it in safely make sure it’s all nice and nobody is getting injured. I’ll organise the crew for the show if they need people on stage. Then we do the show and then we get it out again and move onto the next one – that’s my job in a nutshell.

You’re in a dark period at the moment, meaning there are no shows currently playing. Is it normally like this?

The King’s is a very busy venue, very busy, and due to that it can be that a show comes in and goes out on the Saturday night and then the next one comes in on the Sunday, it can be as quick as that. It can be madness sometimes.

You have over 20 years experience in the business. Did you always want to work in theatre?

It was an accident. Being in the Boy’s Brigade I had to do 40 hours’ community service to get my Queen’s Badge, normally people go to a nursing home but I wanted to do something different. I contacted the local hospital radio and asked to do my service with them. I went along and did my 40 hours and stayed for nine years, as you do.

Some of the guys [at the radio station] were involved in the amateur dramatics groups in Dumbarton and I went along with them to that and here we are. I started off doing the follow spots for them and fell in love with theatre.

You worked in the West End in London too – what was that like?

I did Billy [Elliot] from basically the last week of the production period, all the way through opening night. I was on Billy for two and a half years – which was pretty cool. I’ve got such a soft spot for it; it was a cracking show to work on.

We were really lucky; the production team for the show, it was their first time ever moving from a film to theatre so they treated it almost as if we were still working in film. They threw things at us, which was just brilliant.

That’s amazing! What would you say is your career highlight?

Obviously, Billy has to do it but then after Billy I went onto Mary Poppins on the first tour they ever did, and I got to make Mary Poppins fly. At the end of the show she flies across stage and she flies out across the auditorium. To this day I still have people asking how it’s done.

How is it done?

Theatre people should be able to work it out. It’s all done on motors and a bit of clever programming.

But my defining moment for working in [The King’s] was on Wicked. My last cue on act one of Wicked was when Elphaba flies out and the cloak falls to the ground – the cloak is obviously hiding the mechanism for her flying but it is very effective.

My cue was to run on stage as she flew and hold the cloak to the stage so it didn’t waft up, which is an easy enough cue but the audience reaction of her flying was so phenomenal – even talking about it now makes me goose bumpy.

You just get that rush, that cheer from the audience you actually feel the power of it in the cloth as it wafts back at you and you’re holding this thin bit of black material down between you and the audience – that noise, it just defines why you work in theatre. You’ve got 1,800 people in that auditorium just loving what you’re doing. If you can be part of that, actually entertaining folks – it’s powerful.

Finally, what advice do you have for people who want to get into a similar career?

Schools all have drama departments and it’s a great place to start but unfortunately a lot of these drama departments focus on the drama aspect of everything. There are loads of careers in theatre that people can follow, but they don’t necessarily know about.

What you would do these days is go to stage school; obviously in Glasgow we have the Conservatoire. They do a phenomenal course in technical theatre and they cover all aspects. It will cover stage management, lighting, sound, automation – moving scenery – and wardrobe, it will cover the whole general aspect and give you a great grounding.

In this day and age you can’t really start in theatre in one skill, you have to be multi skilled to be moved through. Nothing gives us greater pleasure than seeing our crew coming in, not knowing a lot about theatre, but learning as they move through – a lot of the time this is casuals who are at college and work their way through as they get their degree – to go out and go on tour.

Find tickets for upcoming shows at the King’s here.