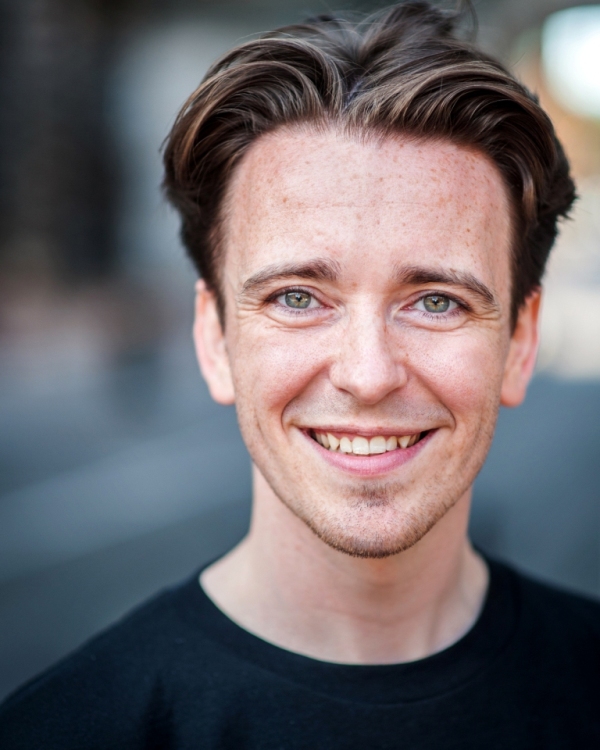 It’s easy to forget in a celebrity-mad world that there are amazing people who are still up and coming on the acting scene – and set to make a huge impression. Kenny Boyle, co-founder of the Sonic Boom Theatre Company, is one of Scotland’s rising stars. Having set up a theatre company fresh out of university with his friend Clare Sheppard in one of the most competitive industries out there, some might have said Kenny was mad – but three years later, Sonic Boom is going from strength to strength. The actor, writer and director, who is studying towards a master’s in acting at the Royal Conservatoire of Scotland alongside running the business, talks getting started, hard work, inspiring the Still Game Reunion and what it’s like to see your play debut at the Edinburgh Fringe…

When did you decide to create your own theatre company?

About four years ago, Clare and I were both involved in a little local theatre company and were also both at Strathclyde University. We didn’t really know each other, but we had drama classes together so we knew of each other. Clare wanted to put on a play with strong characters in it for girls her age, because there really aren’t a lot of strong 20-something female characters generally in theatre, so she went to the lady in charge of the theatre company and asked her if she could put on a play. But she wouldn’t let her unless she had the backing of an actor that she knew well so Clare, without really thinking, said that I was involved. Next thing I know I got passed a note by her (because we didn’t even have each other’s phone numbers back then) explaining what had happened and asking me to please support her. I did, of course, and without really knowing anything about each other we wrote our first play together: No Time Has Passed in Hippoland.

Do you think it is important for more young Scots to start businesses for themselves, especially in a creative industry?

I think it’s incredibly important for people to follow their passions and dreams. If your dream is performing, or writing then you’ll find that the world is a much happier and more productive place if you have the drive to make work for yourself. Scotland is on the cusp of a very exciting time both creatively and just generally, and it’s a perfect opportunity for our young entrepreneurs to follow their dreams, set up pioneering new companies full of new ideas and really help form the future! So in brief: yes! Go for it!

We Never Land, which you wrote, debuted at the Edinburgh Fringe Festival this year. How did you feel about seeing your own work come to life?

It’s incredible seeing words I’ve written and dedicated so much time and love to coming alive on stage and being so well received. It’s so amazing to see people react to the script the way I’d hoped and the way I felt when I wrote it.

This year will see Sonic Boom Theatre’s third anniversary. How does it feel to have a growing theatre company?

It feels sensational! We had no idea when we started out that we’d be here three years down the line with a bundle of critical acclaim, two fringe shows in C venues, the return of Still Game [Sonic Boom staged the first theatre adaptation of Still Game which inspired a reunion of the original cast for the live shows] and five successful brand new original plays under our belt! The speed at which things are happening for us is dizzying and often exhausting! But the future is looking bright.

When did you realise acting was the career for you?

I’ve always been an actor I think. I’ve been talking about how I’m going to be an actor when I grow up since I was old enough to talk and I pestered my parents into enrolling me in drama classes. It wasn’t until I graduated Strathclyde though that I decided to make acting my career and not just a pastime. Sonic Boom was a major part of allowing me to do that. The Royal Conservatoire of Scotland’s world renowned training has been a wonderful next step in ensuring I get to follow my dreams and still pay the rent!

Why is Scotland the best place for starting a theatre company?

The theatre industry in Scotland is so exceptionally supportive. People within the industry are helpful and so willing to give you their advice and expertise. There is absolutely no way I could have achieved half of what I have without the constant support of those already working within Scotland. It’s a wonderful, wonderful environment to be working in.

What advice would you give to those considering starting their own theatre company?

Find out more about Sonic Boom Theatre Company at sonicboomtheatre.com

Rachel is studying Journalism and Creative Writing at Strathclyde Uni, while juggling all the writing she can muster time for.