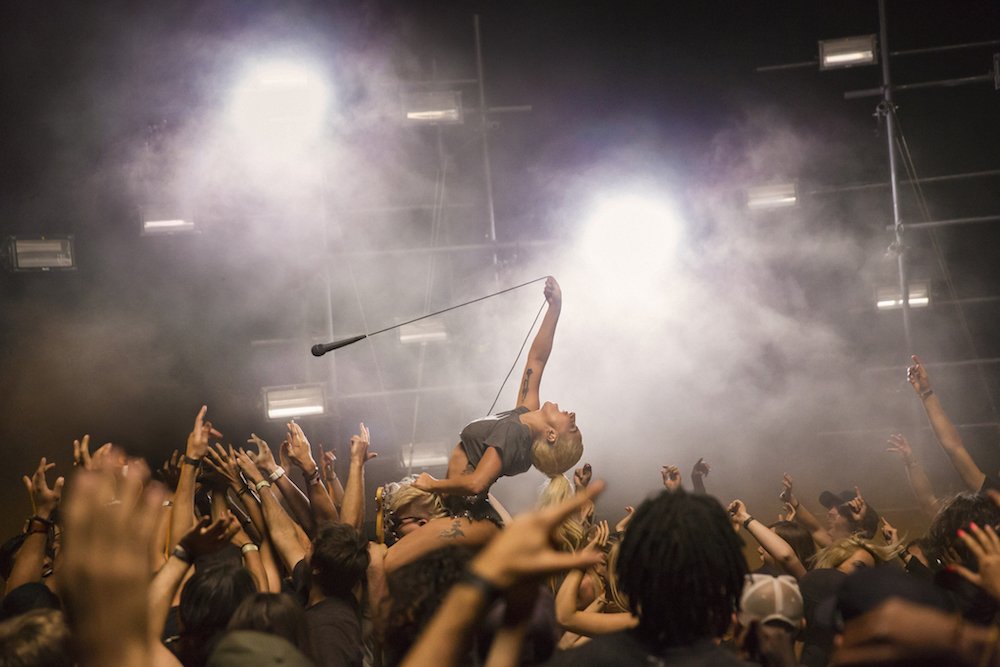 We’re not going to lie – the only time that we ever take an active interest in sport is when there’s some entertainment value attached.

Take the Olympics for example. Opening and closing ceremonies – we’re all over that.

And then there’s the NFL Super Bowl.

We’re not going to pretend we understand American football (it looks a bit like rugby but… we’re not sure what’s going on) – but we do understand the half-time entertainment. Especially when a megastar is involved.

And 2017 will go down in history in the Super Bowl history as one of the best yet, thanks to a certain Ms Stefani Germanotta. Or Lady Gaga as you might know her.

Yep, last night, it was Gaga’s turn to provide the musical entertainment at the midway point in the Super Bowl. Because that’s a thing in America. Like Beyoncé, Katy Perry, Bruno Mars and Coldplay before her, she set out to stun – and boy, did she do that.

Beforehand, we were a bit, “Lady Gaga? Is she still a thing?” But after that 13-minute energy packed performance, we’re taking it all back. And we definitely want to go see her on tour later this year.

So, to celebrate our reignited love for Lady Gaga, here are five reasons why we thought her Super Bowl performance was the best thing since Katy Perry’s left shark.

Scroll down to watch the full performance.

1. She has more energy than a toddler on Haribo

Gaga started off on top of the NRG Stadium (we learned something about sport), had a bit of a sing song then leapt off it, performing acrobatic tricks on the way, to carry on singing and dancing while barely pausing for breath – and she was properly dancing. Not normal pop star dancing. She was going for it. In heels. The woman is a HERO. We were exhausted just watching her.

2. That sly dig at Trump

Gaga was told not to tackle politics during her performance. And she didn’t. Not in so many words. But she did choose to open the show with a mash-up of God Bless America and This Land is Your Land – a song that’s become a bit of an anthem for protestors fighting against Trump’s immigration bans. And as she sat on top of the stadium, belting out the tune, the red, white and blue stars lighting the sky behind her remained divided – but they soon aligned. Take that, Trump.

Another subtle dig at the new US administration, with its powerful message. Oh, and it’s a bit of an LGBT anthem too – one minority group who are living in fear of what’s to come next.

And in the middle of the show, as she took to the piano to play slow number Million Reasons – and paused for breath to say hello to her parents. You can’t forget where you’ve come from, girl!

She rattled through all our favourites – Poker Face, Telephone, Just Dance and then finishing off with Bad Romance. And then? She dropped the mic, caught a bejewelled football and dove into the crowd. Gaga OUT. What. A. Woman.

Who won the game? No idea. Who actually cares after THAT?

You can get tickets for Gaga’s upcoming Joanne tour at www.ticketmaster.co.uk