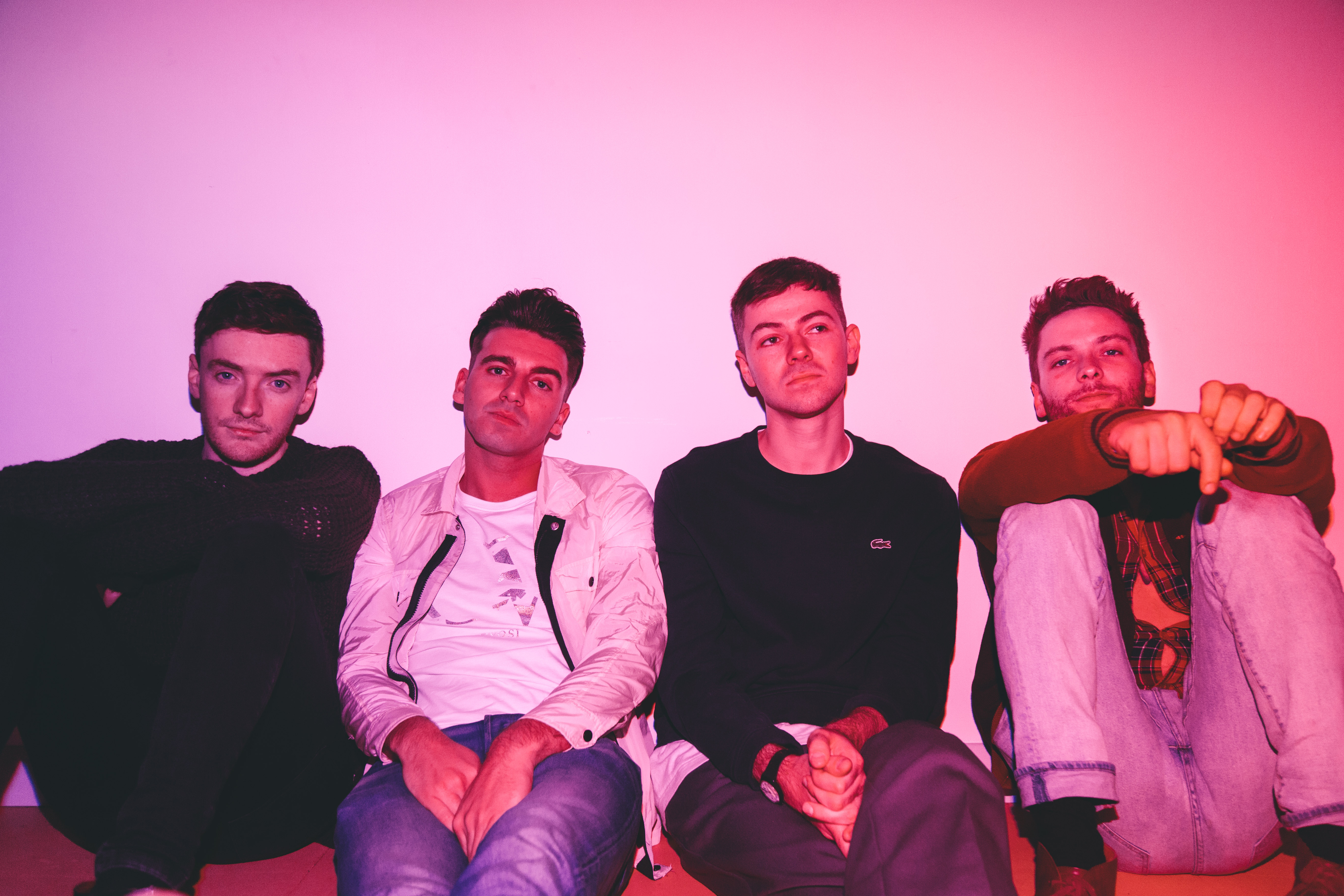 The LaFontaines are pioneering their own sound with slick riffs, intelligent lyrics and cheeky charm. Straight off the back of their second album release, we caught up with rapper Kerr Okan to find out what makes The LaFontaines so unique

Your new album Common Problem has just been released – how does it feel?

Drummer Jamie Keenan has written a book alongside the album. Tell us more about that.

The whole idea is that nobody buys music anymore. I’m always trying to trick people into buying music. The only way you can get the book is if you buy the album. Luckily it’s worked, because we’ve had hundreds and hundreds of pre-orders. Jamie just looks at the world in a really funny way. It’s equally lovely and infuriating at the same time, the way he looks at the world.

He’s written a collection of stories from our times on tour be it in America, Morocco – wherever we’ve been. Jamie just gets himself in positions that are quite unbelievable at times but they’re very true. To be fair, he’s very articulate and the book is 100 pages so it’s good bang for your buck.

Common Problem is a darker sound than before – why?

Things happen, you grow older, you see more of the world – the world is in a strange place at the moment so there are things to talk about. We’ve obviously progressed as a band; we’ve been together now for nine years so there are a lot of things you go through as a band but it helps you progress. I think it is a fuller, more cohesive sound and I’m pretty happy with the result that we’ve got. I’m happy with the record.

Are you looking forward to performing the album live?

Very much so. Our main thing is performing live because on paper it can be heard to grasp the rock, pop, rap. When you see it live you instantly see what we are – we are a rock band, I just happen to rap on it. Live is where we come to life in a sense, that’s what we’re best at. I’m dying to play it live.

Where are you looking forward to playing on you upcoming tour?

We’ve been fortunate enough to tour everywhere and I would still say the Barras is our favourite venue in the world. There is just something about that room, that part of town, in the east end. It’s just magical. I’m also looking forward to playing London because that’s nearly sold out and it’s good to see how we transcend across the border.

Hopes for the future?

Just to continue to progress as a band and put more records out and have more fans. To be as big as we can be. The goalposts move all the time. Two years ago, selling out the Barras would have been amazing, but once you’ve done that it’s like, ‘What’s next?’ I think making more of an impact in Europe – just be as big as we can possibly be.

You’re competing with people who have hundreds of thousands of pounds worth of budget, and we’re very small in comparison – very small. It just shows that it’s a movement of people that believe in the band and want to buy the record, so that means everything to us.

Everything we do from the point of making the music to the record coming out is all done by us. From the artwork to the manufacturing, everything, so you get total control over the whole process which is a gift and a curse. A gift because you have total control over what gets done and a curse that it takes forever to get things done.

The LaFontaines are on hand to help you solve 12 of life’s most common problems. Purchase their book and album here, www.thelafontaines.co.uk