From the X Factor to Homeland, Corrie to The Apprentice, we just can’t get enough of great TV. But who are the people who make it happen? The telly industry is made up of dozens of different roles – too many to even begin to talk about – and employs over 50,000 people right across the UK. We caught up with three people who help get our favourite shows on the air…

Andrew Lanni is 23 and originally from Orkney. He works as a floor runner on the BBC’s Waterloo Road in Glasgow.

What does a runner do?

A runner is, as the name suggests, someone who runs around on set, running errands. Responsibilities vary from shoot to shoot but overall it’s all about looking after the cast and crew and being able to attend to the requests of the directors and assistant directors.

Did you go through any training or specific education to get started?

I studied for an HND in Creative Industries: Television at Aberdeen College then moved to Glasgow to study Digital Film and Television Production at the Royal Scottish Academy of Music and Drama (now the Royal Conservatoire of Scotland) where in my final year I specialised in production. However, the best training I had was literally being thrown in at the deep end on set. I learned almost everything I know from keeping my eyes and ears open and from other runners and assistant directors.

What’s been your best moment working on Waterloo Road?

The best moment for me so far on Waterloo Road has to be when I completed my first block as a runner which is a period of around 23 days where we film two episodes simultaneously. It was a great time to see the high spirits of the cast and crew after filming and also to know that two episodes were complete. Nothing beats that feeling.

What’s the hardest part of the job?

Multi-tasking! Keeping the crew informed of what shot we’re doing next while making sure the extras know what they’re doing, while travelling the actors to set, while locking off a corridor that we’re shooting in and all while using my mobile and radio at the same time and making a cup of coffee for the director!

I really enjoy being a floor runner and would like to keep going until I have enough experience to continue as an assistant director. 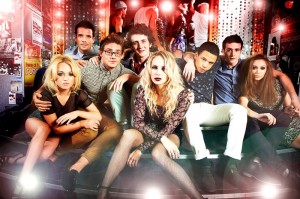 Carl Pollard is a freelance camera operator with 12 years’ experience in the industry. He’s currently working on teen soap Hollyoaks.

What does a camera operator do?

In television dramas, the camera operator works closely with the Director of Photography (DOP) to help visualise shots and orchestrate the wishes of the director on film.

How did your career get started?

I studied at college doing a degree in Media Studies, majoring in documentary film making. I then tried any way I could to get into the film, TV and commercial industries. I started as a runner, then worked my way up to a trainee position working solely with the camera department.

Did you go through any specialist training?

Most of the skills you learn for the job are learned on the job. Yes, college presents opportunities and helps you decide where you want to apply the skills, but on the job and in the working environment and the pressures it brings you have to learn fast and be flexible and patient.

What’s the best bit of the job?

The best bit of the job is working with the crew and the cast. So many people in this industry are extremely talented and also many of them lead very interesting lives. You work hard but you can have lots of fun too.

It’s got to be the hours and the long stretches of time working those hours. Weeks and weeks of 13-hour days take their toll, no matter what the weather! People think it’s all glamourous – it’s not!

What would be your advice for anyone wanting to pursue a career as a camera operator?

Immerse your life and follow a passion with cinema, television and other arts. Enthusiasm and energy and a love of what you are doing will help you achieve your goals. 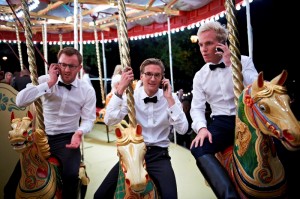 Graham Carr is a video editor with over 20 years’ experience. Graeme currently works on Made in Chelsea.

What does a video editor do?

A video editor takes all the things that have been shot for a production or a programme and assembles them into a finished show.

What sort of training did you go through to get started?

I did a degree at university, followed by a year’s training at the BBC. The training was a lot more intense then – probably because of the requirement to be from an engineering background then.

Every day, an assistant will load all the footage onto the computers, and then I’ll work through the themes in order, getting to know the characters, getting to know the story – getting to know the point of the story, there might be a storyline that continues on a couple of shows down the line. I’ll work with an edit producer on the script and the direction it’s going in. It’s about trying to make it dramatic, funny, interesting. And that’s the day!

Has the job changed much during your career?

It’s changed so much. It’s become a lot easier in many respects, because of technology.

What would your advice be for young people hoping to get started in video editing?

You’ve got to stand out from the people around you. If you have different skills, like photography or music, all these things help enormously, because a lot of editing is about rhythm and pace and style. Because everything’s on a computer these days, you’ve got to have good IT skills. Then really, it’s a case of spending your spare time in edit suites, talking to editors, showing them your projects if you’ve got anything you’re doing in your spare time.

For a full rundown of the different roles that are available in the world of TV, head to the Creative Skillset site at www.creativeskillset.org./tv.