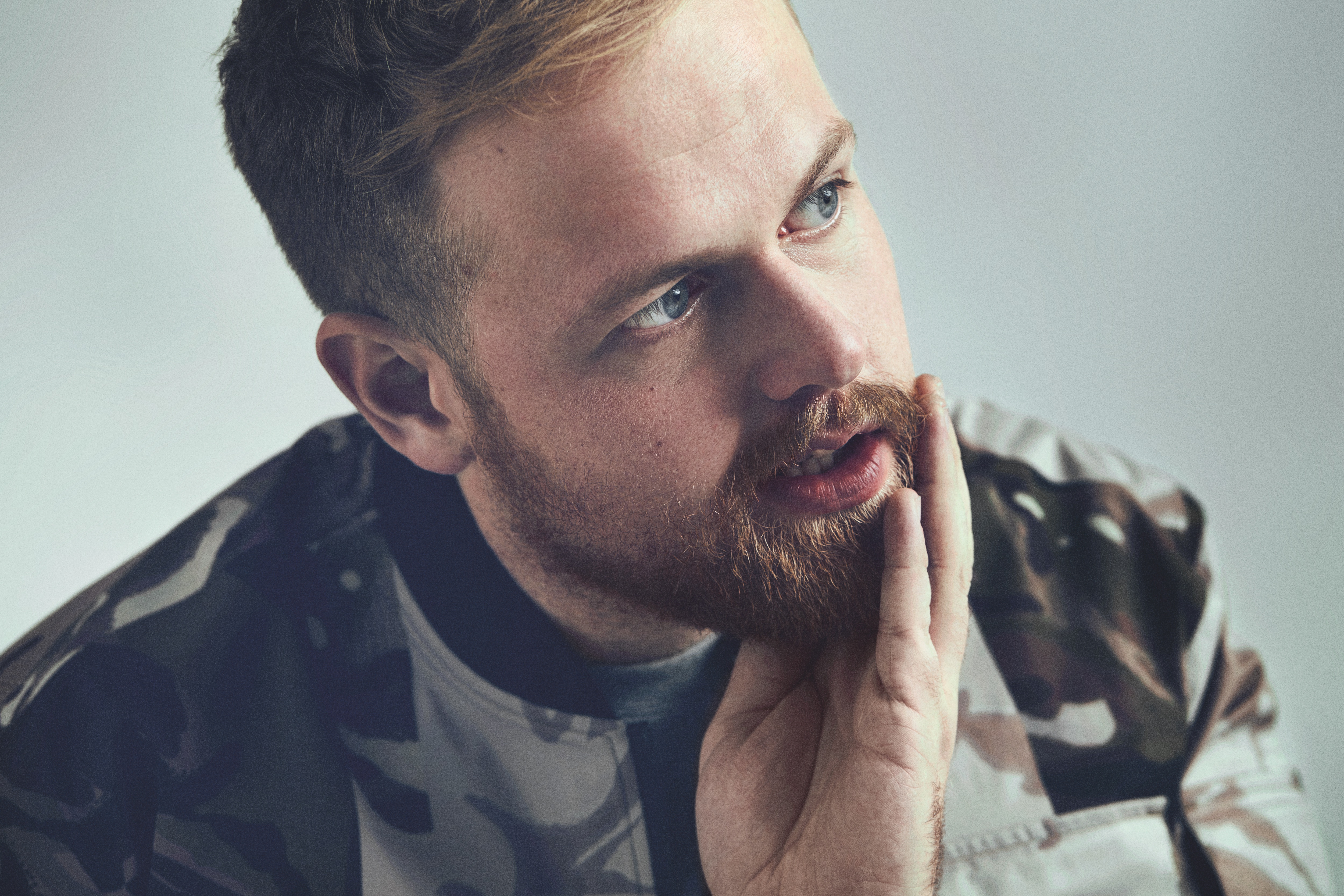 Singer songwriter Tom Walker has subtly worked his way into the mainstream. From touring America with The Script to getting played on Radio 1 – the only way is up. In the middle of recording his debut album, Tom filled us in on what fans can expect

You’re currently recording your debut album. How is it going?

It’s really good, I’ve been working with a really talented producer, Jim Abiss, which has been amazing and he’s done some of my favourite albums of all time. It’s a joy to work on my album with him. I’ve got more than enough [songs] for an album but I think I’ve got a couple more songs in me. I’m just recording what I’ve got so far and if something comes in last minute and takes hold I will put that on as well.

[Jim has] got a big SSL 48-channel desk and loads of wicked output studio gear. I’m used to doing everything on my laptop in my bedroom for a tenner, so it’s nice to be in a proper studio, with proper musicians, making a proper sound rather than everything being a home budget situation.

What is it like to let your creativity run wild?

It’s long days and everything takes twice as long because you’re doing it properly, but it is just a really great experience. I was smashing a tile and a tea tray together yesterday to make a snare sound and it’s something you don’t tend to do at home. Normally you think it’s a stupid idea, but when you say it to Jim he’s like ‘let’s try and see what it sounds like’. Then it ends up sounding amazing so it’s great.

He’s up for trying anything. We did a lot of stamps and claps on a tune the other day and then he put the drum in one of his hallways and got lots of mics to create another crazy sound with wall tiles, it’s just wicked. It is really inspiring being there.

Any ideas on a release date?

I will leave that one for the label. I want to get it right. Everyone is in a rush to get it but as far as I’m concerned we’ve got loads of singles in the bag done and finished and I would rather trickle those out a little bit and work on the album until it’s ready. You kind of have one shot at things these days and I want to make sure it’s right.

Congratulations on selling out King Tuts in Glasgow. Are you looking forward to your tour?

It’s amazing and I’m so buzzing I’ve sold King Tuts out – that’s like a milestone. I was born in Scotland so it’s a big deal for me to sell out King Tuts – I’m excited about that, I can’t wait to go out and play.

You got to tour with The Script – what was that like?

Those boys are absolute diamonds and they’re so, so professional. It was a joy. We got to play Radio City Music Hall in New York, which is 6,000 people. That was absolutely unbelievable for the third gig in. The most I had ever played to was 1,500 – so it was absolutely amazing.

Is it nerve-wracking performing to that many people?

The nerves are kicking in every night but to be honest The Script fans were really, really nice, very kind so it was all good. They were so nice and all their staff were so accommodating, it made such a difference. I’ve toured with a lot of bands but they were by far the nicest and I think it’s because they’ve been on some tours when they were coming up and they weren’t treated well so they make a point of treating everyone really well.

That made a massive difference and going forward, that’s what I’m going to try and do myself: get a great crew and make sure everyone is looked after and keep everyone happy on tour. It makes a hell of a difference.

What is the best part of touring?

The best part of touring is going travelling and meeting people in different cities. You’re quite lucky when you’re a musician and people come to see you or the band that you’re playing with, they’re always quite nice to you. You end up meeting new people in a new city which is amazing.

We’re nearly at the end of this year, what are your hopes for 2018?

Next year, I would like to play the MEN, but I don’t think that will happen next year. It’s good to have goals I guess! Obviously I want to play Glastonbury but it’s not on next year so I’ll have to wait for that one. Goals are MEN Arena and Pyramid Stage.