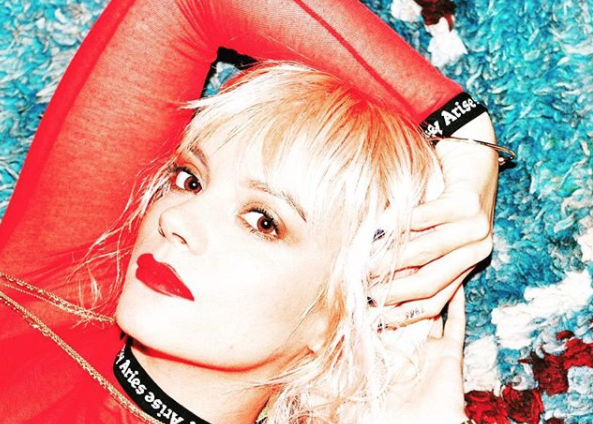 Glasgow is pulling all the big names in for gigs this year. We recently revealed that pop royalty Britney Spears is heading to Glasgow, and now LDN gal, Lily Allen, has announced some intimate shows.

It’s been four long years since the Smile singer performed in Glasgow so tickets are sure to be snapped up quickly. Lily will be performing some classic tunes on the world-famous King Tuts stage on 24 March and it’s sure to be a belter.

The intimate shows – also including London and Manchester – have been announced in anticipation for Lily’s upcoming new release, No Shame, due out in summer. Tickets for the shows are sure to be hot property so Lily has taken control

Fans eager to see the star can sign up for exclusive access to tickets through Lily’s website. What a way to get everyone pumped up and excited for a new release than getting down and sweaty with die-hard fans – this gal knows how to do it right.

No Shame will be Lily’s sixth studio album, following on from last year’s release, The Four Walls. Certainly teasing her fans, the singer has also released the song Trigger Bang ft. Giggs, alongside a brand new music video.

Excitement for Lily’s tour and next release so be sure to register for tickets quick. You can’t complain that it’s Not Fair if you miss out on your chance to be up close and personal with Lily.