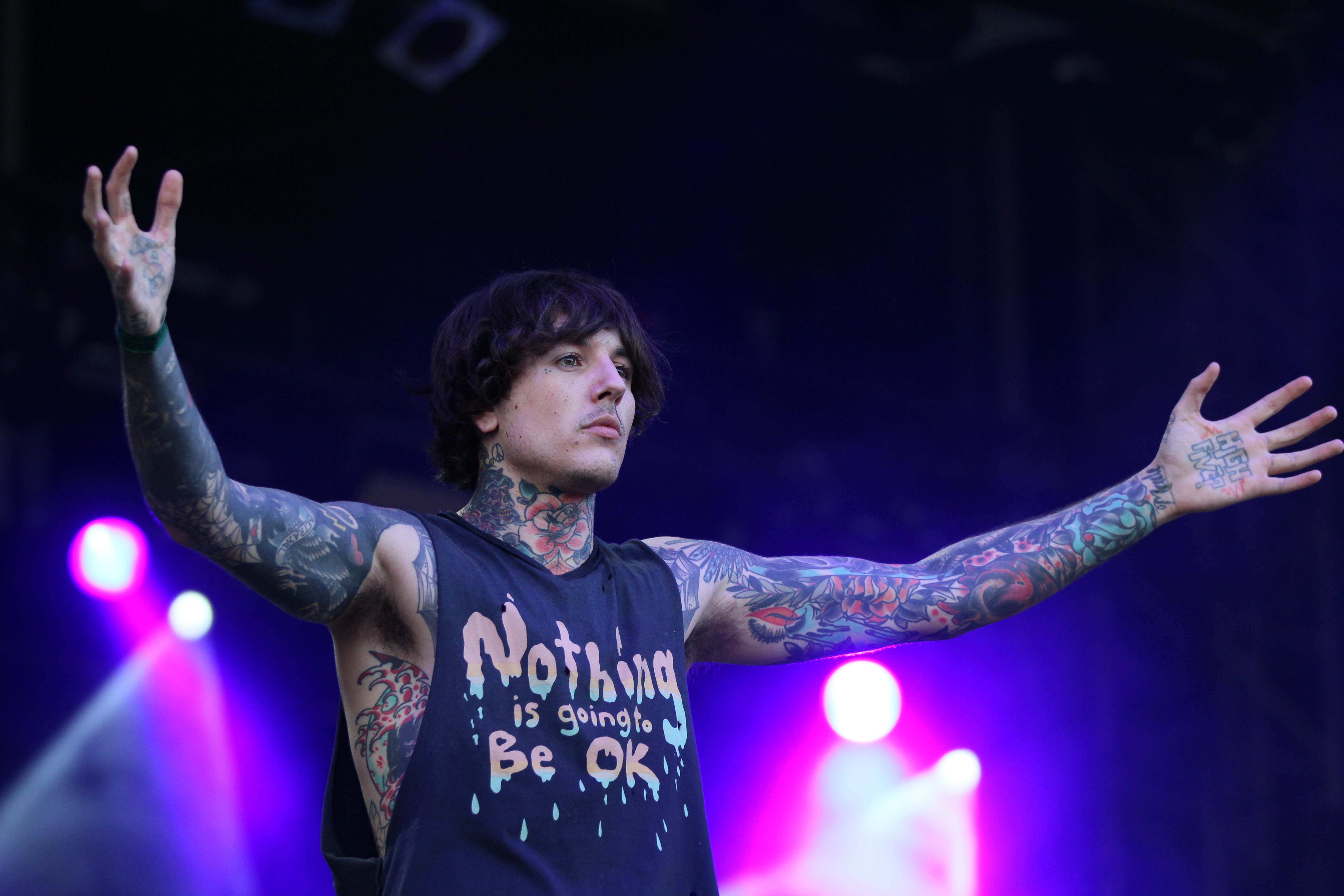 Passing the O2 academy on Tuesday I was greeted by bright lights telling me that one other than Bring Me The Horizon were playing at 7pm. Well, I wasn’t going to let them slip through my fingers. I promptly tried to buy tickets but there were no standing and let’s be honest a BMTH gig is not worth it unless your shoulder to shoulder with the sweaty masses. I managed to wangle a couple of tickets and even made it down for the support, Mallory Knox. The crowd watched still and silent, clearly saving themselves for the main event. The wait for Bring Me The Horizon as made easier with the delights of Flume playing through the speakers.

I’m a new fan so there was no way I was going to miss BMTH touring their new album, That’s The Spirit. Their newest musical offering takes them out of the realms of metalcore which earned them two no.1 albums in Europe and into a more mainstream sound – hence grabbing my attention. I was delighted when they opened with the first track on the album, Doomed. It only took a few minutes for a crowd surge to push the standing spectators to the edge of the room, creating space for a mosh pit. Next was Happy Song which had the crowd bellowing the lyrics while frontman Oliver Sykes pointed the mic at them, safe in the knowledge they knew every word. The British five-piece kept the hype going with the MASSIVE single Throne then dipped into the classics Empire (Let Them Sing) and Chelsea Smile, working the crowd into a frenzied circle pit. I didn’t want to lose an eye so stayed on the edge of the madness, watching hundreds of sweaty enthusiasts create a human whirlpool. 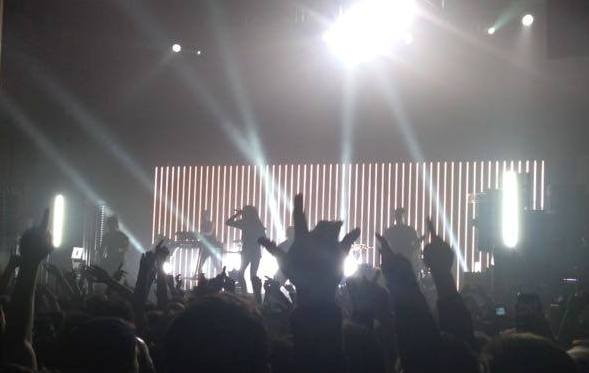 BMTH’s live show is enhanced with incredible visuals plus giant steam jets at the front of the stage which make people lose their mind with excitement. Pints were thrown and makeup was smudged as the crowd bounced to Avalanche followed by Sleepwalking which really kicked off. Although there wasn’t much chat from Oli or his bandmates, I think the females in the audience were content just looking at him and there was a LOT of squealing every time he introduced a song.

There was definitely a gender balance in the crowd but girls did not hesitate to jump into the pit, coming out shaken and sweaty but delighted. Why dance when you can thrash around in a mountain of bodies eh? After covering a decent chunk of the material which earned them their fame including the mighty Shadow Moses, BMTH returned to their current album. True Friends received a roaring seal of approval and was followed by a spectacular finale with Drown, complete with a giant confetti drop and more steam jets. Spectators on the balcony surged against the railings in excitement and the confetti stuck to sweaty foreheads and bodies was worn with pride. The encore was topped off with Antivitst. 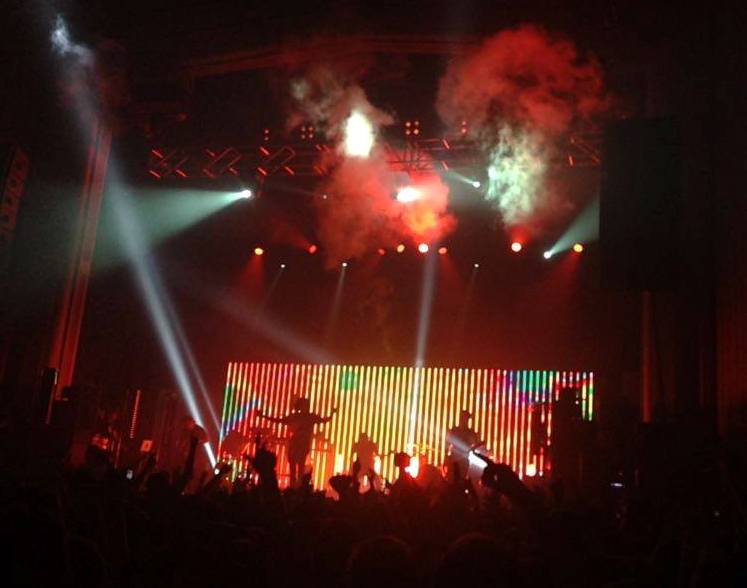 Overall the Sheffield lads gave an outstanding performance. It was evident in the crowd’s atmosphere that people had got what they came for and fans were scrambling to buy T-shirts on the way out. Vocals could have been clearer, but both hardcore fans and newbies were rewarded with an incredible night of music from the rock superstars during their UK tour. And of course, the Glasgow crowd was a special mob to be part of. In the New Year the band will head to foreign shores to play the likes of Australia, New Zealand, Singapore and Japan, a clear indication of their skyrocketing success. Come back soon boys! 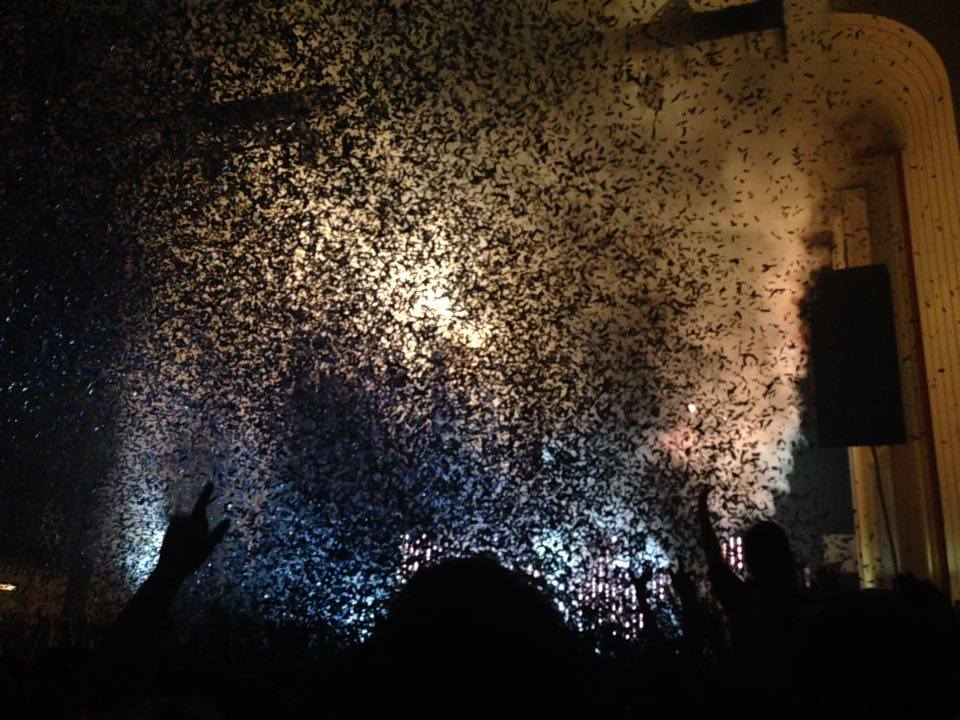