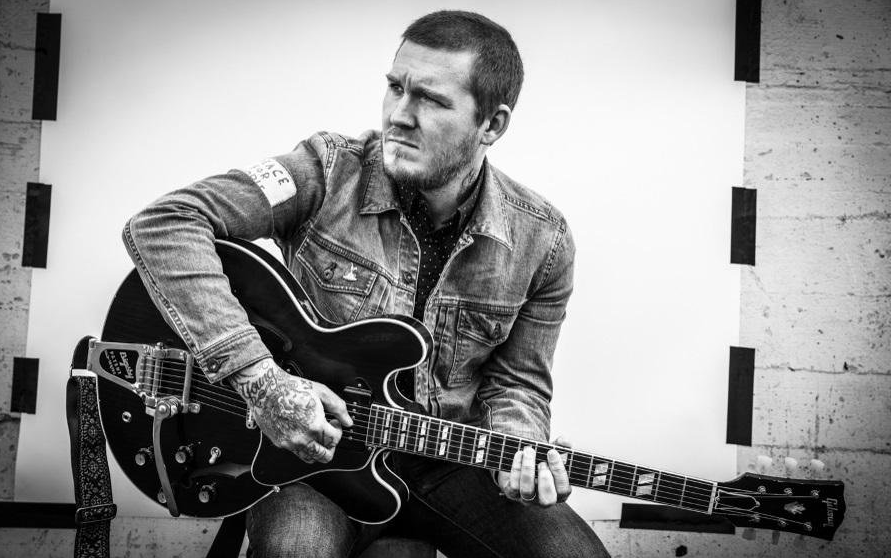 We had an evening with The Gaslight Anthem frontman, Brian Fallon during his intimate performance at Edinburgh’s Usher Hall.

Last night (6 February), Fallon returned to Scotland as part of his special acoustic tour. Filled with tales from his time on the road, inspiration for his songs, the evening was a success for fans of the Smoke singer.

It’s not uncommon to have chatter during song intervals; an evening with Fallon, be it in an acoustic setting or rocking with The Gaslight Anthem, is filled with the witty ramblings of the singer.

Night 1 and 2 in the bag! Night 3 coming up! Thank you to all who have come down and traveled so far to come see me play! @crossroadsgarwoodnj 📷 @alyciapollock

There was no exception at The Usher Hall. Claiming The Killers’ frontman had a choir appear from the red velvet curtain, Fallon jested it would be funny to have wolves jumping out. A joke he carried on throughout the evening.

When not talking about starting his own ghost tour, comparing Bruce Springsteen’s Born to Run to his own modest Red Lights (written in his small New Jersey apartment), Fallon was treating the crowd to singles from his solo back catalogue; plus, old favourites from The Gaslight Anthem.

When it came time to sing a song, however, there was almost an unspoken rule of quiet.

Fallon’s voice is husky with soft, subtle tone with hints of vulnerability at times. Performing Goodnight Irene, one not played live in several years, Forget Me Not, and, of course, American Slang: Fallon’s evening was a success.

As is tradition with Fallon, upon ending with Smoke – his first debut solo sing – Fallon called it a night with no encore.

It was a poignant night in his musical career: completely stripped back and laid bare, there was nothing to hide behind. And last night, Fallon confirmed that he doesn’t need the facade of a stage show to perform, his talent simply oozes out with a piano and two acoustic guitars.