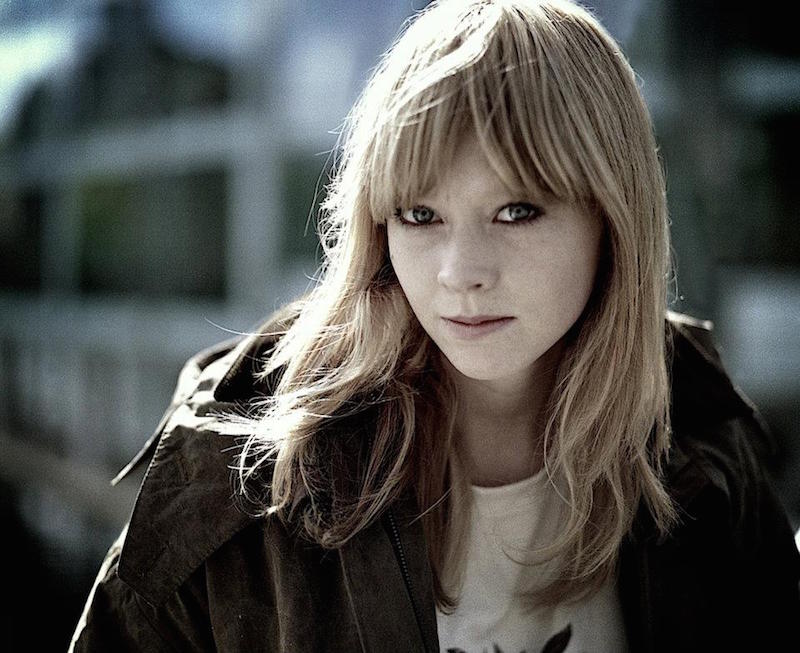 On a windy wet evening in Glasgow, in a dark basement of the stunning converted church Oran Mor, spectators poured in to see the eagerly anticipated Lucy Rose live. Having chatted to the first support act, Billie Marten, a couple of weeks ago for a Source interview, I was just as excited to see her take to the stage.

Sixteen year old Billie modestly thanked the crowd for coming and treated us to a cover of ‘Out of the Black’ by Royal Blood, making it completely her own. I’d go as far as saying she did it better actually. Most people were hanging around the bar and on the sofas lined along one wall as the gig got going but people’s ears pricked immediately and they whipped round to see whose silvery soft voice was filling the room. The babble of pre-show was quietened as punters respectfully ceased to chatter and allow Billie’s beautiful voice to dominate the space.

Despite her young age, she seems very comfortable on stage and her acoustic skills tell of a (short) lifetime of practice. Instead of shying away from the glare of the lights she stares intently and unblinkingly across the crowd and into the distance, a characteristic which intensifies the striking impact of her voice. She took a brief pause in between songs to ask if everybody was OK and tell us that it was day nine of the tour so she was missing her cat. Someone in the crowd meowed in response and she giggled before launching into her debut single, Bird. The appreciation for this track was tangible in the room as the raw emotion audible in Billie’s voice captivated punters, young and old. Sterling job Billie, you are amazing! 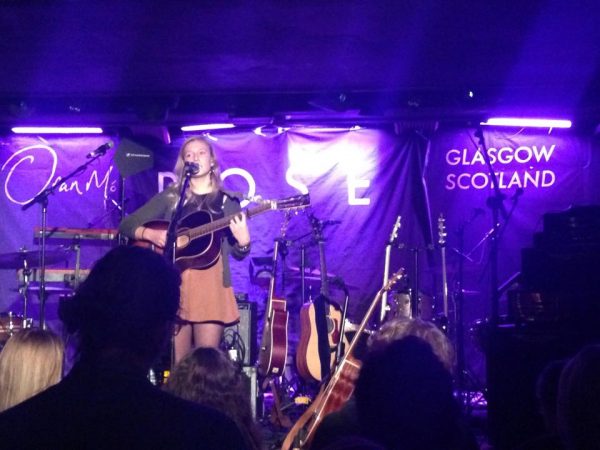 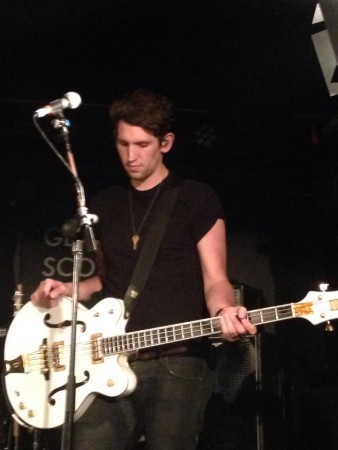 Guitar and a half by the way! 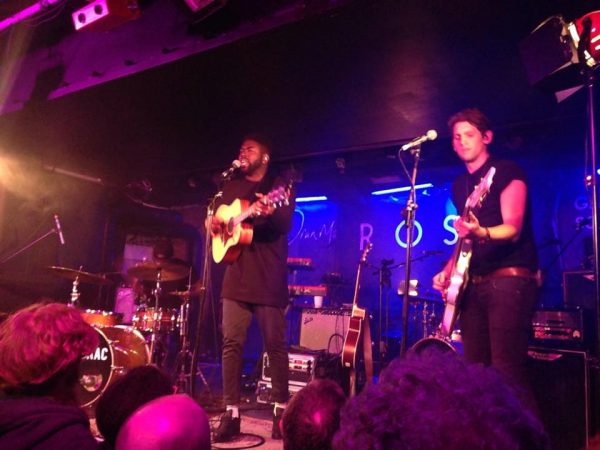 Up next was Jake Isaac, a charismatic singer songwriter from the big smoke of London.  Joined by a drummer and bass player on most gorgeous white and gold guitar ever, the boys looked like they were having the time of their lives! Although Isaac’s silky voice lends itself well to the slow and melodic sections of his songs, it was energy that the trio brought the stage which really got people excited about the music. All three musicians were grinning ear to ear as they ploughed through their up-tempo repertoire and the bassist even threw in a few tongue-out grimaces – he was that into it!

For his last tune Jake told us he was sometimes bored singing from the stage so he mingled down into the crowd who formed a spacious circle around him. He performed a softer acoustic track minus backing from his band and was slightly drowned out by some noisy punters at the bar, but in true Glasgow style, the crowd shouted: ‘Wrap it!’ so that the artist could deliver his song in peace. The performance was topped off with a stage run-on from various musicians including Billie Marten and her pianist who provided backing instrumentals to the final bouncing track in the form of a cow bell, extra drums and any spare music making devices in the vicinity. What a show!

After such an energetic performance I almost forgot about the main event and soon had to gear back up for the headliner. Understated but by no any means underwhelming, Lucy grinned coyly at the crowd before easing into her gentle first tune, Nebraska. Her guitarist revealed after they finished that he had managed the whole track with a random iPod playing in his ear, much to the amusement and disbelief of everyone. “That’s probably that hardest thing I’ve ever had to do,” he said. Lucy was flabbergasted at his professionalism and he got a well deserved round of applause and apology from the sound tech! Like an Arrow received a rapturous response and two girls next to me were so overwhelmed with excitement they bellowed the lyrics to Lucy which she was delighted about, pointing her guitar at them in tribute and trying not to laugh. 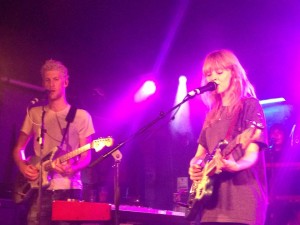 As she stormed through tracks from her new album, she seemed to loosen up and there was plenty strawberry blonde headbanging to get the crowd going. For Köln, Jake Isaac and pals appeared in the middle of the crowd, jumping and clapping like madmen. According to Lucy they always appeared for the songs. “They come in, go ballistic then leave!” she said.

She kept the energy levels up with Bikes which received enthusiastic backing vocals from the crowd and then treated us to a freestyling jam segment where she and her four backing musicians let loose and just had fun. She then played My Life for the first time, something she admitted being terrified of, but nailed it of course.

Upbeat crowd-pleaser My Eyes followed along with Sheffield. 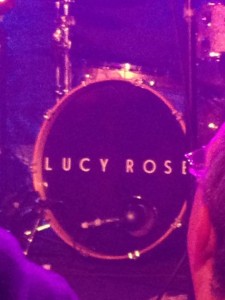 To finish Lucy went old school with Shiver which had people swaying and couples embracing before thanking the crowd for being so amazing. She then obeyed the quintessential Glasgow chant of ‘one more tune!’ and reappeared to deliver three more songs including the title track of the album Work it Out and Red Face from her 2012 album.

All in all, the crowd fairly got their money’s worth during the action-packed night which was brimming with incredible talent. The enthusiasm of the performers was infectious and it makes such a difference to see people truly enjoying what they do, and being so grateful for your time. Come back to Glasgow soon team, you were fantastic! 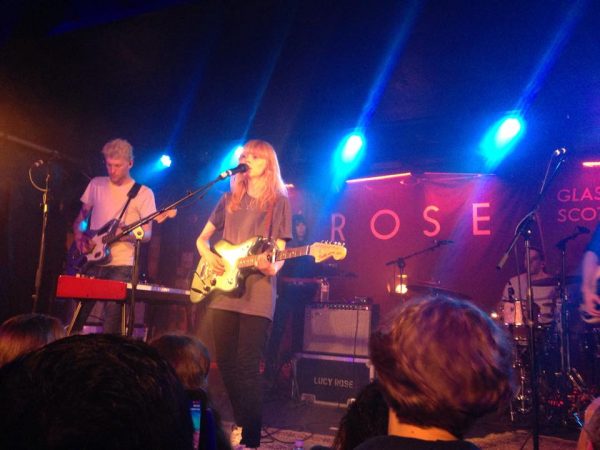