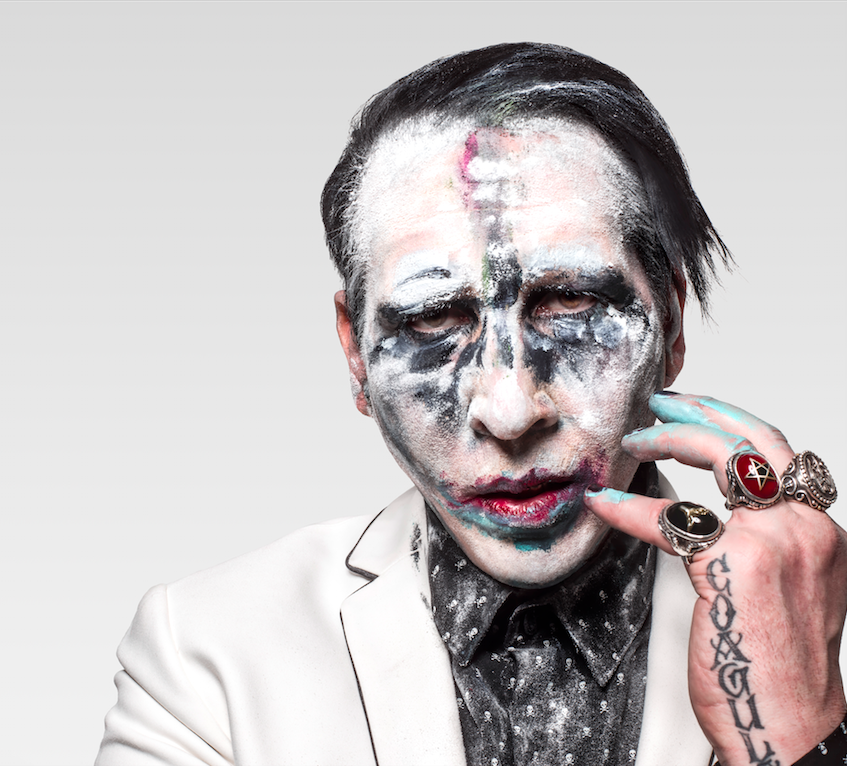 “I might be a bit broken, but you can’t break me,” screamed shock-rocker Marilyn Manson as the curtain fell for his adoring fans.

After suffering a terrifying injury when a prop crushed him in September, the creative mind behind Marilyn Manson didn’t let this hold him back. Instead of getting some bed rest, his full leg cast was utilised as part of the performance – what more would you expect from Marilyn Manson?

Arriving on stage in a coffin-esuqe stand-up wheelchair with guns hanging from the backdrop, the effect was electrifying and terrifying. Opening the night with Revelation #12, the Glasgow crowd’s cheers were deafening after a prolonged wait for the singer to hit the stage – with limited mobility the wait was justified.

Known for his eccentric monumental shows, you would be mistaken for thinking a severely broken leg would hold Manson back. You would be wrong; taking his role as patient in his stride, Manson was aided throughout the show by two doctors, fittingly kitted out in surgical scrubs.

Assuring the crowd the doctors were in fact professionals, it was apparent that adrenalin was helping Manson put on a show. Blasting through fan favourites This Is The New Sh*t, Disposable Teens and mOBSCENE, the crowd were in Manson’s control and begging him for more.

Throughout the night, Manson used his injury as a prop. From the standing wheelchair to a metallic and dystopian crutch, to lounging around on a medical bed like a deranged patient, there is no denying that Manson’s mind works in weird and wonderful ways. And we thank him for it.

The crowd were drinking in every moment of the performance. Mixing in old and new material, every corner of Manson’s musical career was exposed, much to the crowd’s delight.

The Beautiful People saw the evening come to a raucous climax with the noise of the instruments, Manson’s drawl and the crowd chanting every word making it the song of the evening. Being helped on and off stage, the encore looked like a struggle for the star, but it is apparent that nothing will stop Manson from putting on a show. For the moments where he struggled to sing Coma White, his fans picked up the pace – it’s no wonder the evening was closed with a scream of “I love you, Glasgow.”

Despite being badly injured, in obvious pain and with doctors on hand, Marilyn Manson truly delivered. After a knockout performance, it makes you excited and intrigued to see how well Manson could perform outside the cast. Even in 2017, the mystery of Marilyn Manson is not wasted.