Working with Disney Animation, Clark Spencer has produced massive movie hits like Lilo and Sitch, Bolt and, most recently, Wreck-It Ralph. We caught up with the award-winning producer to find out more about his job…

As a movie producer, how would you sum up your job?

The job is a couple of things. As a producer, you’re responsible for a budget, so you set a schedule and you hold yourself to that schedule. In some ways, you’re the director’s partner. You’re the person in the room with the director making sure everyone’s communicating and understanding each other. These are big, complex projects, it’s 450 people, it’s four years of work – it’s really important that things go smoothly. There’s so many things we get involved in, and that’s what I love about it.

How did you get started in movie production?

Well, it’s interesting – I’d say to your readers that you can do it in any number of ways. When I came out of university, I worked in Wall Street, I was a finance guy. But I didn’t have passion for it. After about three years, I thought, ‘I like what I’m doing, but I don’t want to be doing this when I’m 50… I need to switch to something I love.’ And I loved movies. As a kid, my grandparents owned a movie theatre, and I always wanted to go see movies. But my background was finance, I was a financial analyst – and I got hired by Disney and my career took off. I became a chief financial officer for Disney Animation and Theatrical Productions. One day I was asked if I would move to Orlando, Florida, to run an animation studio down there. Lilo and Stitch was going to get made and they needed a producer. And I was there. They thought, ‘Here’s a guy who seems pretty smart and knows how our company, so why don’t we give him a shot?’ My dream completely came true – I was in the right place at the right time. 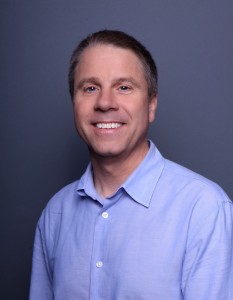 Wreck-It Ralph has been a huge hit – what was it like to work on that?

It was amazing. When, as a producer, what happens is you have to match up with the director to make sure you see eye to eye. When Rich Moore joined Disney Animation four years ago from the Simpsons, I thought to myself, ‘I want to work with that guy.’ Then when he said he wanted to tell this great story in the world of video games and take the audience behind the screen into this world which nobody knew existed – kind of like Toy Story – I was sold.

What would you say was the biggest challenge in making this film?

There was a couple. The movie actually has four big ‘worlds’ – there’s the world of Fix It Felix Jr., the world of Hero’s Duty, the world of Sugar Rush and the world of Game Central Station. So Fix It Felix Jr. is based on squares, 8-bit squares, very simple. The world of Hero’s Duty is based on triangles, the CGI animation is very realistic – the best we can do today. Sugar Rush is based on circles, it’s very cartoony and whimsical. To do that is tough, it’s like making four different movies. The other difficulty was the number of characters – we had almost 190 characters. We’d never done that many – 60 is the most we’d ever done. Because we’d decided to use all these characters from other video games, like Sonic and Bowser, we also had to get all those video game companies to approve the animation – that was a huge part of my job. The last thing was technology. They actually had to create new technology, new lighting tools, to create the entire world of Sugar Rush.

Of all the films you’ve worked on, which has been your favourite?

That’s a hard question! They’re all so different. I will say that Wreck-It Ralph has been a really amazing experience. I feel like it is a movie where I had this opportunity to work with Rich Moore, somebody I have so much respect for, and to create a movie that I think has, hopefully, knock on wood, the potential to continue to create more stories. That, to me, is really, really exciting.

Wreck-It Ralph is out on BluRay now.